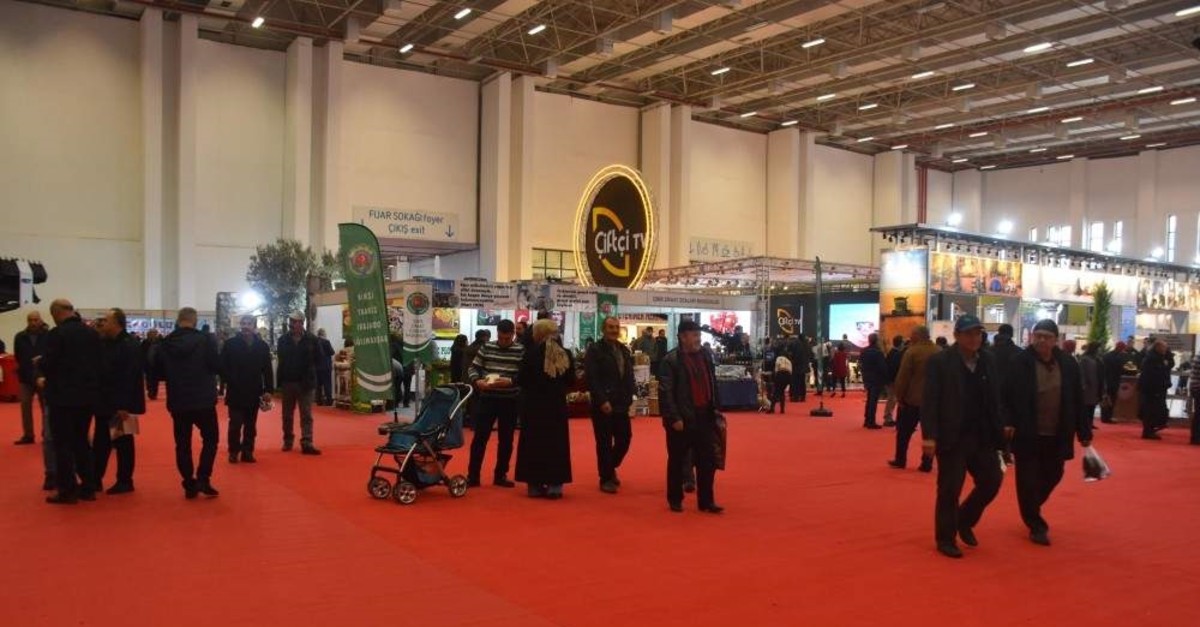 A prominent agricultural fair in the western province of Izmir is expected to create a business volume of around $600 million as a result of bilateral negotiations to be held on the sidelines of the event.

Turkey's largest and Europe's fourth-largest such event, the 15th Agroexpo International Agriculture and Livestock Fair kicked off Thursday and will last until Sunday.

Representatives of some 950 firms from 75 countries are said to attend the fair, which is expected to be visited by around 360,000 people.

The fair was said to have created a trading volume of $600 million last year. It saw an all-time high number of visitors – 337,240 visitors, including 7,824 foreigners – and brought together 854 companies from 70 countries.

Pakdemirli expressed his belief that the fair would conduce important gains between countries concerning the establishment of strong export links and promotion at international platforms.

He said supports and incentives provided to the industry had an important contribution to the rise in exports.

Speaking of the research and development activities in the field, Pakdemirli referred to an electric tractor whose software and design was completely domestic, saying it was in the testing phase.