Ankara, Zagreb seek to boost trade volume to $5B 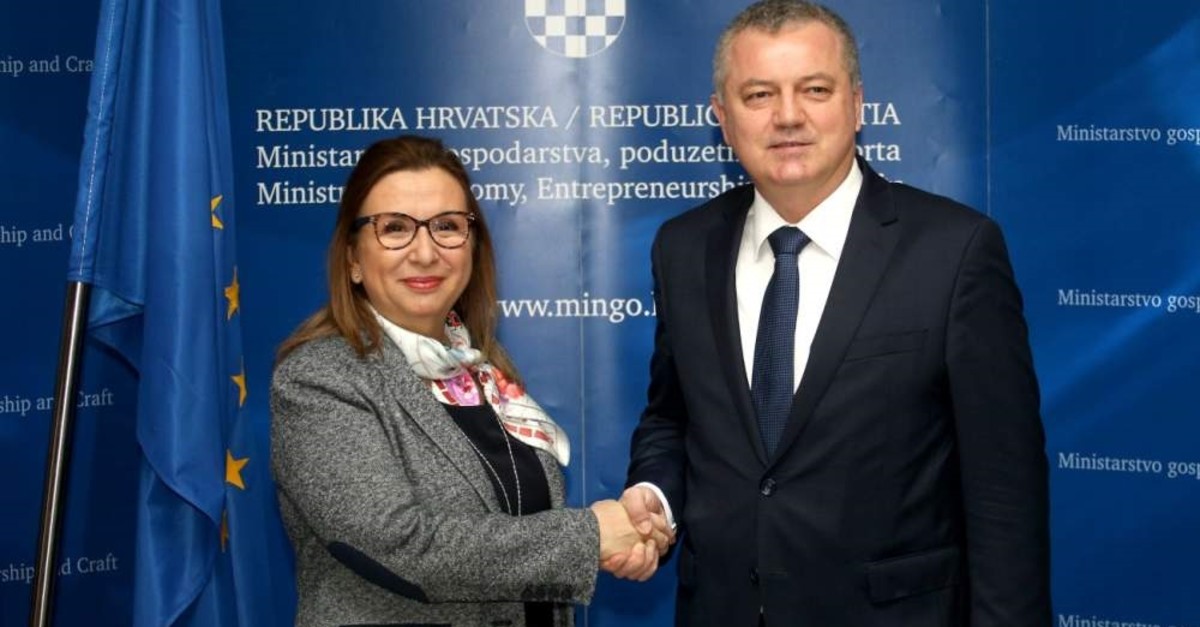 Turkey and Croatia are aiming to increase the volume of their mutual trade to a value of $5 billion, Turkey's trade minister said on Tuesday.

"We are working on new areas to improve cooperation, boost mutual investments and increase trade volume," said Ruhsar Pekcan after the conclusion of a roundtable meeting with Croatian counterparts in the country's capital, Zagreb.

Turkey's exports to Croatia totaled $440.5 million in 2019, up 6.3% from the previous year, while its imports from Croatia grew by 5.3%, reaching $224 million, according to official data. The trade volume between the two countries thus reached $664 million.

Meanwhile, Turkish contracting companies have undertaken seven major projects in Croatia worth a sum of $668 million in business volume.

"Our primary goal is to boost the bilateral trade volume, which stands at $664 million, to $2 billion initially and then $5 billion," she said after meeting with Darko Horvat, Croatia's economy, entrepreneurship, and crafts minister.

Addressing the media, Pekcan said they had agreed on measures to strengthen economic and trade ties between the two countries. "Towards this end we find mutual visits, efforts, and the active participation of the business world extremely important."

The minister noted the fact that given at the start of the year Croatia took over the presidency of the Council of the European Union for a six month period, an update of the terms of Turkey's customs union agreement with the EU had become an essential matter for discussion.

"We attach great importance to Croatia's contributions to this end during the presidency," Pekcan added.

She said the inclusion of services, e-commerce, agriculture and public procurements in the agreement would further stimulate ties between Turkey and Croatia and would open new potential areas of cooperation.

Over the last couple of years, Turkish and European officials have been carrying out talks focused on revising the almost 25-year-old customs union agreed upon between both parties. Although talks have been stalled as a result of political tensions, business circles and officials from both sides have endeavored to maintain dialogue.

For his part, Horvat said that the last two years had seen positive economic developments emerge between the two countries. "In the future, the trade volume will go much higher than $600 million... We will get much better results," he said.

Turkey has close relations with Croatia and has supported its NATO accession. Bilateral high-level visits, which gained momentum with the signing of a strategy document in 2009, have contributed to the development of bilateral relations.