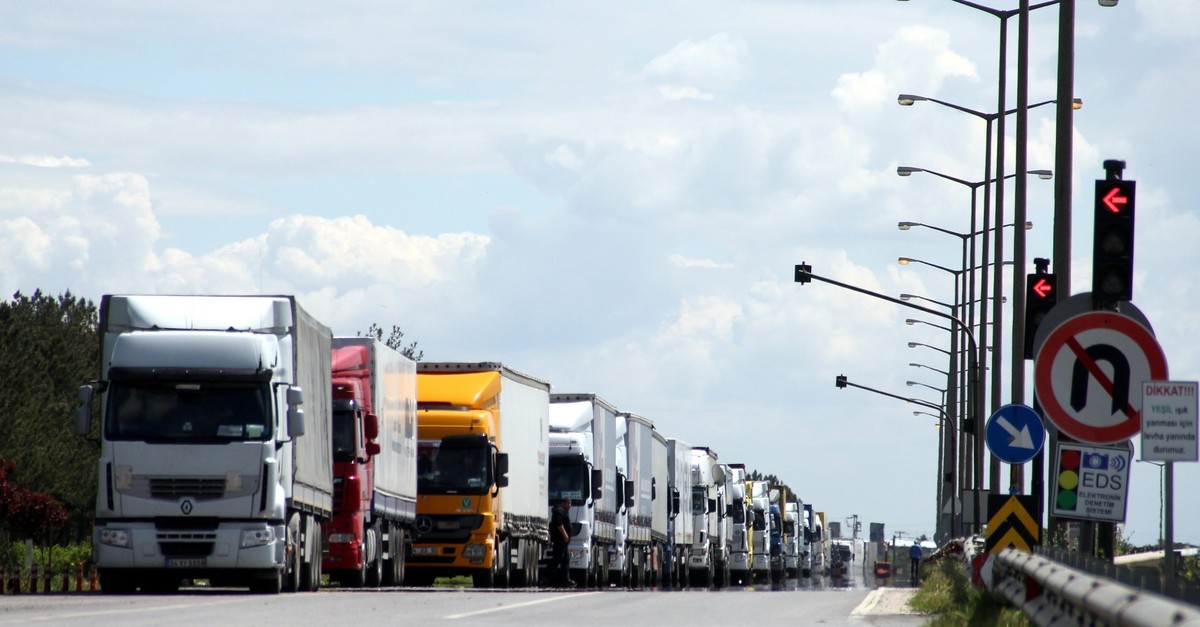 Further liberalization is expected to provide significant impetus to trade between Turkey and Slovenia, while also adding value to trade with the EU

An increase in transit quotas between Turkey and Slovenia would stimulate trade between the two countries, according to Turkey's youth and sports minister. He also pointed out that current insufficient quotas continue to negatively affect bilateral trade.

"Increasing the transit quotas to reasonable levels in the first stage and providing more liberalization in this field will over time give a significant impetus to our trade," Youth and Sports Minister Mehmet Muharrem Kasapoğlu said in his address at the Turkey-Slovenia Business Forum in Istanbul Tuesday.

"Undoubtedly, this momentum will add value to both our bilateral relations and Turkey's trade with the EU," Kasapoğlu added.

Almost 80% of Turkey's exports to Slovenia and 25% of imports are being made via sea routes, Kasapoğlu noted, adding that there is cooperative potential between Slovenia's Port of Koper, the country's only port, and certain ports in Turkey.

Kasapoğlu stressed that for the economic and trade links between the two states to strengthen further, official negotiations on the update of customs union agreement between Turkey and the EU should start as soon as possible.

Over the last couple of years, Turkish and European officials have been carrying out talks focused on revising the almost 25-year-old customs union agreed upon between both parties. Although talks have been stalled as a result of political tensions over the last three years, business circles and officials from both sides have endeavored to maintain dialogue.

Kasapoğlu noted that steps were taken for the growth of production, economy and tourism; however, he said certain obstacles have been preventing the desired acceleration from occurring. He also that Turkey attaches importance to Slovenia's support regarding the matter.

"As you know, the EU's trade measures against steel and iron exports are negatively affecting Turkey's steel industry. In this scope, the negative impact of the EU's decisions on our steel product exports has reached a level of 3.15 billion euros ($3.44 billion). We are putting forth efforts to solve this matter," the minister said.

Finding a common solution that would provide continuation of trade between Turkey and the EU would benefit both sides, Kasapoğlu added.

For his part, Slovenia's Deputy Prime Minister and Foreign Minister Miro Cerar stressed the gradual rise in trade between Turkey and Slovenia as the most important sign of the two countries' cooperation.

Cerar said the strategic cooperation between the two countries has grown since March 2011 thanks to friendly ties.

Taking advantage of common opportunities is a common goal of both countries, he added. Cerar highlighted that beside their current cooperation, Turkey and Slovenia can generate opportunities in third countries.

Also addressing the forum, Nail Olpak, the head of the Foreign Economic Relations Board of Turkey (DEİK), noted that Turkey offers opportunities in making inroads in the automotive and health tourism sectors in various regions.

For over a year, Turkey has been conducting "serious work" with Germany, France, Japan and Hungary toward cooperation in other countries thanks to the country's quality work, speed and competitiveness, Olpak added.

"I would like to remind our Slovenian friends that the perception of our country in those markets is important," he underlined.

Fatih Canpolat, the head of DEİK's Turkey-Slovenia Business Council, stressed that in 2019 the trade volume between the two countries had risen 20% on an annual basis to top the $2 billion mark.

Canpolat pointed to the "significant potential" in several sectors of both sides, such as infrastructure, construction, tourism, automobiles, logistics, IT, biotechnology, medicine, and health tourism.

The close ties Slovenia, an EU member since 20014, enjoys with the union is an advantage for Turkish companies seeking to enter European markets, Canpolat added.

Slovenia is currently focused on infrastructure investments, and there are opportunities for running joint business in the country, he said.