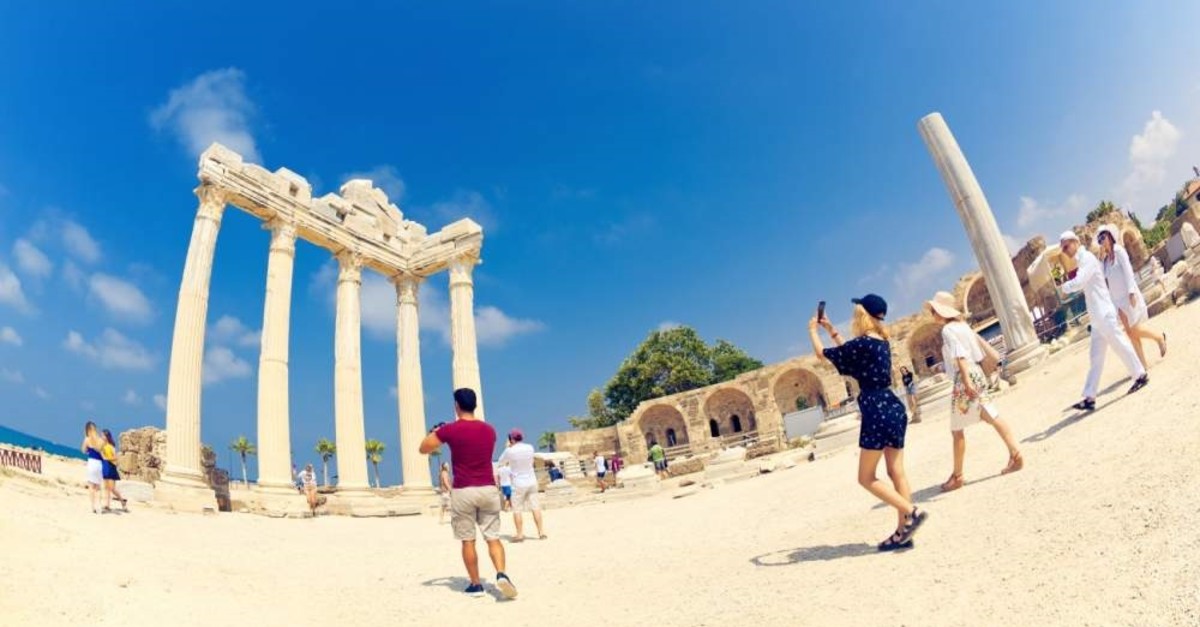 In a year during which global tourism grew by the slowest rate since 2016, Turkey managed to hit an all-time record and welcome over 52 million tourists in 2019

Having hosted the highest number of tourists ever in 2019, Turkey became the sixth most visited country in the world, according to recently revealed figures by the United Nations World Tourism Organization (UNWTO).

Accordingly, it managed to welcome over 52 million visitors last year, a 14% increase year-on-year. The rate made Turkey the 14th country with the highest year-on-year growth.

He added that tourism professionals have now focused on the country's new tourism strategy and work towards increasing the country's share in global tourism receipts.

Meanwhile, France remained the most-visited country with more than 90 million tourists followed by Spain and the United States, which had 83.8 and 78.7 million arrivals respectively, according to UNWTO figures. China and Italy also made it to the top five with both receiving over 60 million visitors.

Alongside with Turkey, Mexico, Thailand, Germany and the United Kingdom also managed to enter the top 10 most popular tourist destinations worldwide.

While the rankings in the most-visited countries list remained mostly the same, there were some surprise entrants to the fastest-growing destinations. According to the data, Myanmar led the list with a 40.2% increase in visitors, followed by Puerto Rico, Iran, Uzbekistan, Montenegro and Egypt.

However, not all countries recorded growth. Both Sri Lanka and Hong Kong saw an 18% fall in the number of visitors as the former suffered terror attacks on Easter Sunday and the latter experienced widespread social unrest in 2019.

France also led the list of the strongest increase in international tourism spending, jumping 11%, while spending by international visitors from the United States rose by 6% due to the strong dollar.

But many emerging markets such as Brazil, China – the world's top source market and Saudi Arabia reported declines in tourism spending.

According to Turkish Statistical Institute (TurkStat), tourism revenues in Turkey hit $34.5 billion last year, a record high. This is a 17% increase compared with the sector's revenue of $29.5 billion in 2018.

The Madrid-based organization also reported that international tourist arrivals continued to grow but at a lower rate of 4%, the slowest rate since 2016, and reached 1.5 billion people.

Arrivals in Europe were up 4% in 2019, down from 6% in the previous year. It remained the most visited region in the world, accounting for 51% of all international tourist arrivals last year, or 743 million people.

Growth in Asia and the Pacific slowed down but still showed above-average growth, with international arrivals up 5%, compared with 7% in 2018. Africa posted a 4% rise, down from 9% in the previous year.

The Middle East has emerged as the fastest-growing region for international tourism arrivals in 2019, growing at almost double the global average (8%), up from 3% in the previous year.

Tourist numbers grew by 6% in 2018 and by 7% in 2017 as holidaymakers returned to sunshine destinations in the Eastern Mediterranean such as Turkey and Egypt. Tourism numbers rose by 4% in 2016.

The organization cited geopolitical and social tensions, regional uncertainties such as Brexit and Hong Kong protests, and the global economic slowdown as the main contributors to the slower growth.

The UNWTO predicted global tourism will grow by 3%-4% this year, buoyed by major sporting and cultural events such as the Tokyo Olympics in Japan.

The organization also cited the economic slowdown in many key issuing markets such as Germany and the collapse of Thomas Cook, the world's oldest travel firm, and of several other low-cost airlines in Europe had contributed to the slowdown in the sector last year.

It also sees the U.K.'s departure from the EU as having impacted its economy and the value of its currency, leading to fewer British nationals going abroad on holidays.