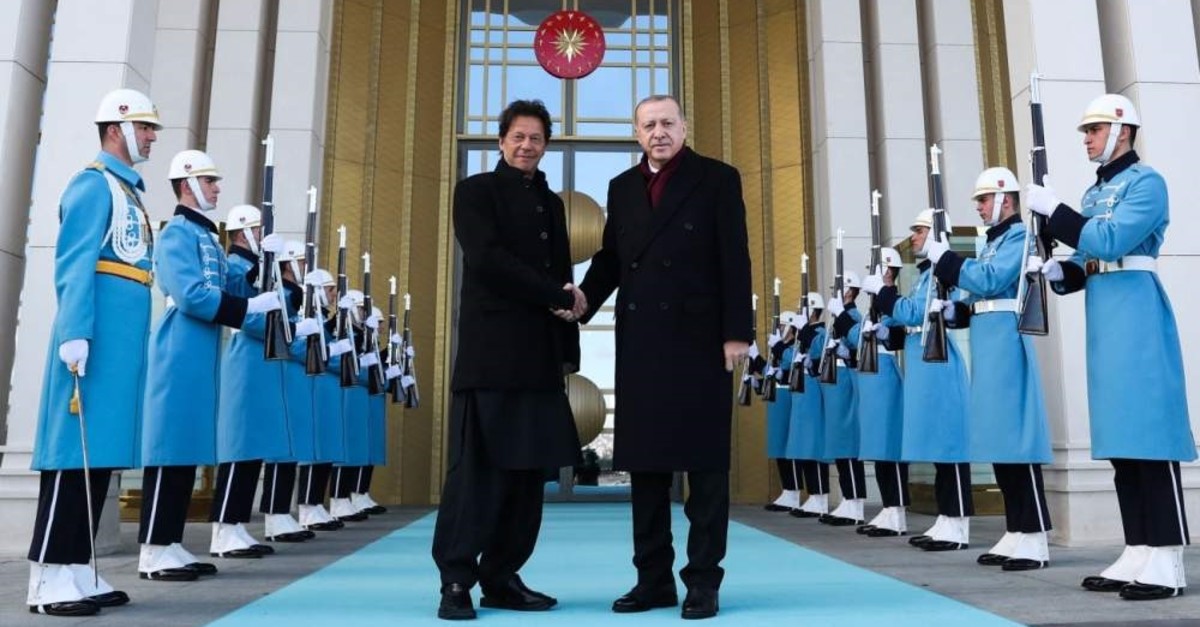 Turkish President Recep Tayyip Erdoğan's visit to Pakistan this week will not only help strengthen economic cooperation between the two countries but will also help boost bilateral trade, according to local businesspeople.

Erdoğan is scheduled to arrive in the capital Islamabad on Thursday for a two-day official visit – his fourth since 2002. In addition to a high-level diplomatic delegation, the president is expected to be accompanied by more than 60 Turkish businessmen and investors.

"President Erdoğan's visit means a lot for Pakistan at a time when the country is facing a series of challenges, mainly on the economic front," said Abdul Rashid Abro, a Karachi-based businessman and former president of Turkey-Pakistan Business Council.

"Unfortunately, the bilateral trade volume between the two longtime allies is less than its actual potential. No doubt, the recent economic cooperation, including Turkish investment (in Pakistan), has improved the situation but much room is still vacant," Abro told Anadolu Agency (AA) Wednesday.

"To me, his visit can be a golden opportunity to boost the bilateral trade volume between the two sides," he said.

The current trade volume between the two countries is $900 million. Turkey and Pakistan are engaged in the Strategic Economic Framework (SEF) which aims to boost the bilateral trade volume. Last year, Ankara presented its proposals on the SEF to Islamabad with an aim to increase bilateral trade by five times its the existing level.

Khan earlier this month said Erdoğan's visit will be comprehensive, and Pakistan will seek Turkey's cooperation in several sectors. He identified mining and technology transfer as key areas, saying that boosting bilateral trade and economic ties is a core objective.

"Pakistan has a tremendous treasure of natural beauty to show the world. But we terribly lack in terms of infrastructure, whereas Turkish companies embody a huge experience in this field," Afzal told AA.

"Pakistan can truly boost its struggling economy by boosting its tourism industry, and Turkey, which earns over $40 billion through tourism, can be a great help in this connection," he maintained.

Nine Turkish companies have already made investment in Pakistan, but the real opportunities are still awaiting the Turkish investors according to Afzal.

He opined that the signing of a "long-pending" free trade agreement (FTA) between Ankara and Islamabad could actually boost the bilateral trade volume. "We expect that President Erdoğan will make some big announcement regarding FTA," Afzal added.

"Turkish brands are equally compatible with the European ones. They could further capture the market if produced locally," Turk told AA.

Ankara and Islamabad have boosted bilateral defense and security cooperation in recent years. In October 2018, the Pakistan Navy commissioned a 17,000-ton fleet tanker built in collaboration with a Turkish defense company in the southern port city of Karachi.

It was the largest warship ever constructed in the Karachi Shipyard and Engineering Works, and the project was completed in collaboration with Turkish defense contractor STM.

Turkey's locally developed T129 Advanced Attack and Reconnaissance Helicopter ATAK will also be exported to Pakistan. The two countries finalized a deal for the sale of 30 ATAK helicopters in July 2018.

The defense manufacturer Turkish Aerospace Industries (TAI) had then applied for a license from U.S. authorities to export the helicopters to Pakistan. TAI is currently developing the first domestic helicopter engine with its engine subsidiary TUSAŞ Engine Industries (TEI).