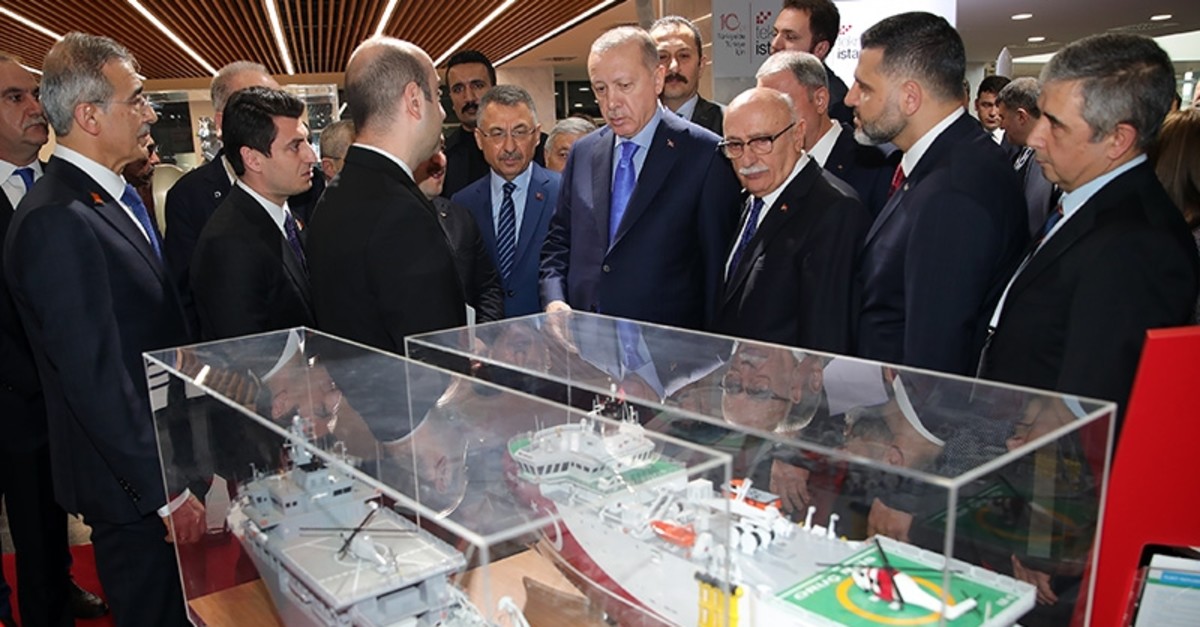 Teknopark Istanbul has so far come to the fore with its support and contribution to the R&D activities regarding key national defense projects and looks to become home to over 1,000 R&D firms once all stages are completed

Erdoğan was speaking at the opening of the second stage of Teknopark Istanbul, a technology development zone that has spearheaded the development of important national projects, including for the Turkish defense and aerospace industry. It offers different facilities to startups and technology companies.

"These centers are home to important companies and entrepreneurs. Every element produced in this system, in which academic and technical knowledge turns into economic value, contributes to our country's long-term goals. Only the work done so far only in Teknopark Istanbul is the most concrete expression of this fact," Erdoğan noted.

Teknopark Istanbul is home to 312 firms and nearly 5,400 R&D engineers. Some 1,763 defense industry-oriented projects are currently being developed in the technopark.

Teknopark Istanbul has already come to the fore due to its support and contribution to the R&D activities concerning the key national defense projects such as Altay Main Battle Tank, newest armed drone Akıncı, Anka unmanned aerial vehicle, T-129 Tactical Attack and Reconnaissance Helicopter (ATAK) and naval projects such as MİLGEM corvettes and development of an amphibious assault ship, the TCG Anadolu, which will be a Turkish Naval Forces flagship.

He added that once all of its stages are completed, Teknopark Istanbul will have an indoor area of 1.5 million square meters and will turn into a home for over 1,000 R&D firms.

The president stressed that they aim to turn the technopark into a prestigious R&D center in the world where 43,000 of R&D engineers will be carrying out their works.

Among others, Erdoğan said with its young population, Turkey is one of the biggest candidates to succeed the aging science and technology giants Europe and Japan.

He added that the country has proved itself in the defense industry, suggesting it was now time to do the same in other areas of production as well.

Speaking on tthe country's overall economic performance, Erdoğan said the worst has been left behind, adding despite all negative expectations, the country will have closed 2019 with positive growth.

After a financially and economically turbulent period that kicked off in the second half of the year in 2018 and prolonged into the first half of 2019, the Turkish economy had been battered by currency volatility, high inflation and high interest rates, resulting in tumbling domestic demand by consumers and investors.

Turkey's gross domestic product (GDP) entered a promising era of growth in the third quarter of 2019, breaking three consecutive quarters of contraction. The economy grew 0.9% year-on-year between July and September of 2019, according to data of the Turkish Statistical Institute (TurkStat).

Erdoğan said a period in which financing costs are falling, which prompted investment climate, has started.

"We are seeing indicators of this in multiple sectors, including automotive and house market. Confidence in the economy is increasing ... The domestic demand is strengthening," he added.