Turkey outpaces all EU countries in industrial output in December 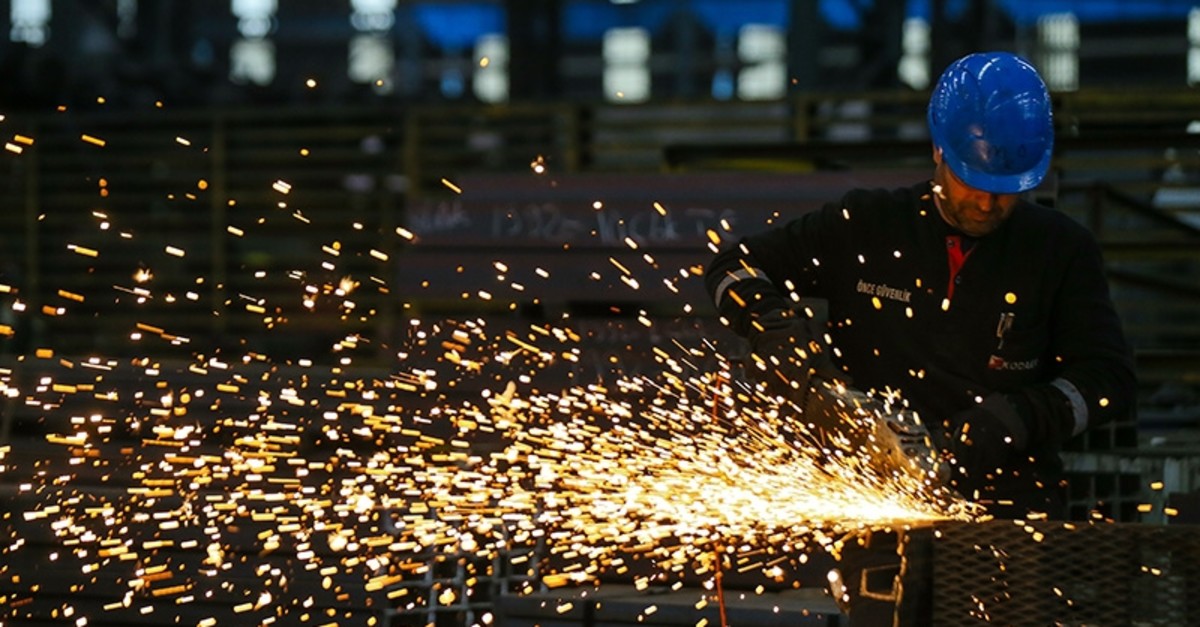 The surge in Turkey's industrial output in December marked a fourth consecutive rise, compared to a prolonged fall in output in the EU and eurozone throughout 2019

Turkey's industrial production in December has not just beaten the market consensus forecast, it also outperformed the European Union countries – like it did in November.

Viewed as a precursor to growth figures, the output in the EU-27 plunged by 3.9% year-on-year in December, the official data showed, while that of Turkey climbed 8.6% year-on-year in the same month, exceeding forecasts in a fourth consecutive rise as the economy gathers pace.

The output in the bloc has been on a downward trend since April 2019.

The eurozone manufacturing output plunged more than expected in December ending a weak quarter for the single currency area, according to EU statistics agency Eurostat. Year-on-year, output fell 4.1% – much more than market forecasts of a 2.3% drop.

Industrial production fell 2.1% month-on-month in the 19 countries sharing the euro, the data showed.

The negative monthly reading followed a 0.9% drop in October and a stalled production in November, which was revised down from the previously estimated 0.2% rise, as eurozone manufacturers were battered by global trade tensions.

Production in December fell significantly in all major economies in the bloc, pointing to a possible downward revision of gross domestic product (GDP) growth for the last quarter.

At the end of January, before the output data was known, Eurostat estimated the eurozone grew 0.1% in the last quarter.

Among the main industrial groups, the production of capital goods fell the most, down 6.7% year-on-year in December.

The EU's industrial output in 2019 slipped 1.1% compared with the previous year, while that of the eurozone was also down 1.7%.

Among the EU countries, Malta saw the highest positive rise in output, up 7.6% year-on-year in December. Among others were Portugal with 3.9%, Poland with 1.3%, Slovenia with 1%, Finland with 0.6% and Spain with 0.1% year-on-year increase.

The wheels of the German industry, seen as a locomotive of the European economy, failed to show the desired performance. The negative reading of the country's industrial output throughout 2019 ended with a 7.2% year-on-year drop in December.

France's output, however, followed a fluctuating trend last year, while it plunged 3.2% in December compared with the same month of the previous year.

Italy was down by 4.3% in the same period. Having posted an increase in September and October only, the industrial production of the Netherlands ended with a 1.7% rise year-on-year in December.

The U.K., which formally left the EU on Jan. 31, 2020, after 47 years of membership and more than three years after Britons voted to leave in a referendum, witnessed a drop in its industrial output since April of last year. Its output in December was down 2.2% year-on-year. The country will remain in a transition period with the EU until Dec. 31 this year.

The output in Turkey has been expanding since September after contracting annually for 12 straight months. Month-on-month, industrial production was up 1.9% in December on a calendar and seasonally adjusted basis, according to the Turkish Statistical Institute (TurkStat).

In the month, all the three main sub-indices – mining and quarrying, manufacturing and electricity, gas, steam and air conditioning – rose by 9.8%, 9.1% and 0.3%, respectively.

Turkey's economy grew 0.9% year-on-year between July and September, according to TurkStat data. Compared with the second quarter, it expanded by a seasonally and calendar-adjusted 0.4%, its third positive quarter-on-quarter in a row.

The common market expectation for the fourth quarter estimates ranges from 4.5% to 5%. While the government forecasts a 0.5% annual growth for the whole of 2019, its New Economic Program (NEP), announced in September last year, targets a 5% annual growth rate for 2020, 2021 and 2022.