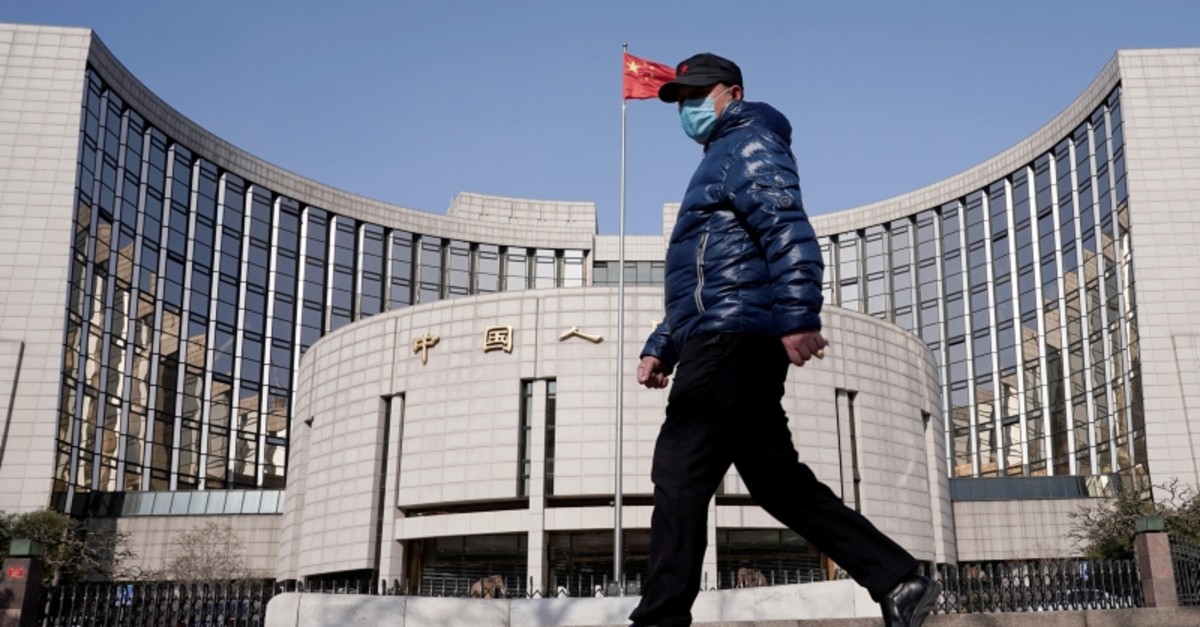 A man wearing a mask walks past the headquarters of the People's Bank of China, the central bank, in Beijing, China, as the country is hit by an outbreak of the new coronavirus, February 3, 2020. (Reuters Photo)
by Daily Sabah Feb 17, 2020 5:03 pm

The Guangzhou branch of China's central bank decided to destroy banknotes collected by hospitals, buses,and markets in the region as a measure against the new coronavirus epidemic, a Beijing-based financial news outlet reported Saturday.

According to the Caixin report, the People's Bank of China (PBOC) branch ordered all banknotes used in places in the city with high exposure to the virus to be collected for destruction. The branch also urged commercial banks to withdraw banknotes from infected sites and hand them to the central bank after disinfection.

The central bank uses ultraviolet light or high temperatures to disinfect yuan bills, then seals and stores the cash for seven to 14 days – depending on the severity of the outbreak in a particular region – before recirculating them.

Fan Yifei, deputy governor of China's central bank, said Saturday that the bank put 600 billion yuan ($86 billion) worth of new banknotes into circulation. The central bank made an "emergency issuance" of 4 billion yuan in new notes to Hubei province, the epicenter of the outbreak, prior to the recent Lunar New Year holiday, Fan added.

He also said that banks have been urged to provide new banknotes to customers whenever possible.

But it is unclear how wide an impact the central bank's disinfection work will have, with increasing numbers of Chinese people preferring mobile payments over cash in recent years.

In 2017, nearly three-quarters of Chinese respondents told an Ipsos survey that they could survive a whole month without using more than 100 yuan ($14) in cash.

According to the World Health Organization (WHO), the new coronavirus can be spread through contaminated objects in addition to droplets and direct contact with infected patients.

On Monday, Chinese health authorities said the number of patients infected with a new coronavirus across the country reached 70,548, while the death toll rose to 1,770. An additional 2,048 infections and 105 deaths were reported in a 24-hour period, according to the National Health Commission.