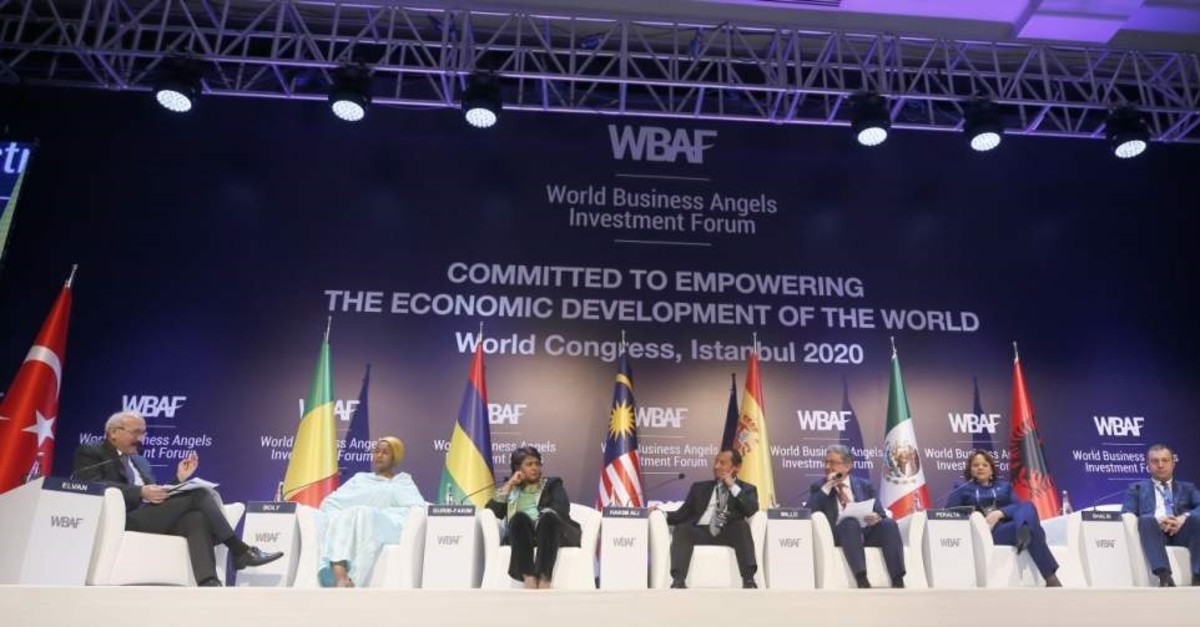 Turkey is the fourth largest angel investment country in Europe with 141 angel investors, said Lütfi Elvan, the chairman of Parliament's planning and budget committee at the World Congress of the World Business Angel Investment Forum (WBAF 2020) in Istanbul.

The two-day congress, which kicked off on Monday, hosts hundreds of participants from 92 countries and 132 international speakers in 24 panels, including angel investors, venture capitalists, policymakers, entrepreneurs and business leaders.

The event is expected to be attended by 1,500 delegates.

WBAF chairman Baybars Altuntaş said the congress is the biggest event of the world's early and post-early stage equity and capital markets.

The WBAF is a unique opportunity not only for angel investors and policymakers but also for industry and business leaders to forge new connections and pursue business opportunities, he said.

"The congress offers industry leaders global access to the best and the brightest in the business world," he added.

"The WBAF signed comprehensive social and economic collaboration agreements to create more opportunities in their respective countries and regions for start-ups, scale-ups, SMEs (small and medium-sized enterprises) and high growth businesses," a press release issued by the forum said.

As part of the WBAF's World Congress 2020, agreements were signed with the Mali government, the Mexican Foreign Affairs Ministry, the Royal Academy of Science International Trust, the Antalya OIS and the Antalya Technopark, the Three Cultures Foundation, the World Free Zones Association, the World Association of Women Entrepreneurs and Bahrain Entrepreneurs Organization.

"By working together across borders with a common vision and with these smart dynamics in mind, we are well placed to bring about positive change in the global economy," Altuntaş said.

The roundtable was a global convergence of policymakers to discuss in detail the G20's agenda to increase financial inclusion in the world, a statement said.

Ministers tried to find ways to develop an international dialogue between public and private institutions that would empower early and post-early stage equity markets in response to the worldwide digital transformation.

Among the participants were Safia Boly, the minister for private investment, SMEs and national entrepreneurship of Mali; Ameenah Gurib-Fakim, the sixth president of Mauritius; Dato' Lokman Hakim Ali, the secretary-general of the ministry of international trade and industry of Malaysia; Jose Enrique Millo Rocher, the secretary-general of international affairs of the Andalusia Government of Spain; Martha Delgado Peralta, the undersecretary for multilateral affairs and human rights of the ministry of foreign affairs of Mexico; and Eduard Shalsi, the minister of state for the protection of entrepreneurship of Albania.

The opening ceremony of WBAF, with 500 special guests in attendance, featured keynote speeches by renowned businessmen, entrepreneurs and investors across the world, presidential and ministerial speeches, video messages, the formal signing of economic cooperation agreements.

This year's event also offers an invaluable opportunity to 100 selected start-up and scale-up companies to pitch their businesses and secure investments.

"WBAF 2020 is the biggest event of the world's early and post-early stage equity and capital markets," a press release citing Altuntaş said.

"It is a unique opportunity not only for angel investors, VCs, and policymakers to exchange ideas on best practice and collaboration but also for industry and business leaders to forge new connections and pursue business opportunities," he noted.