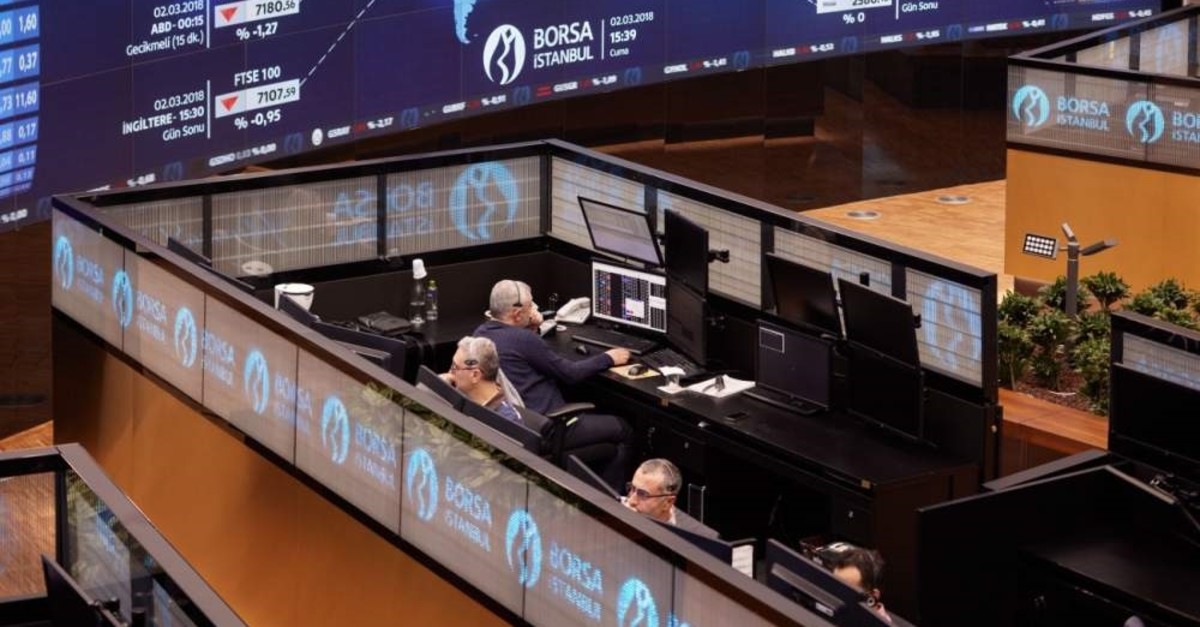 In this undated file photo, traders are seen working at their desks on the floor of Borsa Istanbul. (?HA Photo)
by Daily Sabah with AA Feb 18, 2020 12:31 am

Global stock markets have added $17.5 trillion in total value as yield-hungry investors took bigger risks in 2019, with the Turkish stock exchange also experiencing a notably profitable year despite a relatively rough first half.

Throughout the year, which witnessed multiple developments that affected the portfolio distribution and decisions of investors, the market value of global stock exchanges reached $92 trillion, while Borsa Istanbul Stock Exchange's (BIST) value went up by 23.9% year-on-year to around $184.97 billion, up from $149.26 billion in the previous year, according to the World Federation of Exchanges (WFE).

As the global financial institutions reevaluate the past year, the reports emphasize that financial markets were largely concerned with the trade negotiations between China and U.S., broad-based protectionist tendencies, the Brexit deadlock, slower global economic growth, as well as major geopolitical risks.

These resulted in investors fleeing from relatively risky assets while the yield curves in the bond markets were seen reversing. Trying to boost markets, central banks around the world signaled a return to expansionary monetary policies, including the U.S. Federal Reserve (the Fed) and the European Central Bank (ECB).

On the stock markets front, investors preserved their high risk throughout the year despite geopolitical and political developments that could have adversely affected economic indicators.

According to the recently released WFE data, the global market capitalization totaled to $91 trillion in 2019 after beginning the year at $74.4 trillion. Over the year, the stock markets increased their value by 23.5% and added $17.49 trillion in value.

During the first half of 2019, European, African, and the Middle Eastern markets had the best performance with markets in these regions growing 31.3% and reaching a combined value of $21.43 trillion.

The Turkish stock exchange also experienced a notably profitable year despite a relatively rough first half, nearly reaching a market capitalization of $185 billion.

Meanwhile, the Saudi stock exchange Tadawul emerged as the fastest growing market in value mainly due to the country's oil giant Aramco's initial public offering (IPO) in December. The value of equities in Tadawul jumped to $2.4 trillion from $496 billion in 2019, recording a fivefold increase.

However, the U.S. markets were the main dominators leading the global stock markets rally. The broad-based S&P 500 and tech-heavy Nasdaq rose 29% and 35% respectively in 2019, the best showings in six years. The New York Stock Exchange remained the largest market in the world and jumped 16.5% in 2019, raising its market value to $24.9 trillion.