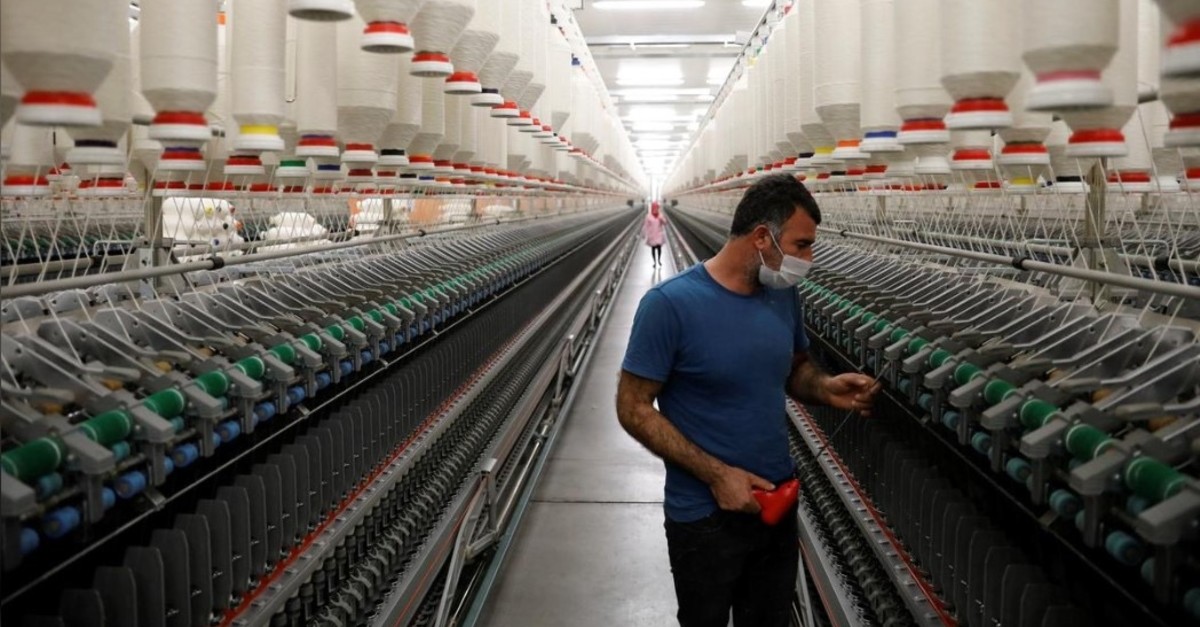 The coronavirus outbreak has forced many factories to suspend operations in China, a major producer of many intermediate goods, disrupting global supply chains in several industries, where Turkish firms are now trying to meet the demand

Multiple Turkish industries from textile to automotive, food, machinery and electronics have stepped up production to meet the increasing demand from abroad as the effects of the coronavirus outbreak in China become more apparent.

The outbreak is sending ripples around the world that have ricocheted across global industries. A reduction in manufacturing output has led to a shortage of products and parts from China. Many companies and countries rely on China for intermediate components, and shortages in supply are likely to affect the health of many economies worldwide.

The outbreak first led people to rush to pharmacies, triggering a massive surge in the demand for protective masks, with factories scrambling to fill orders and shops quickly selling out.

Having received a rush of orders for tens of millions of masks since last month, Turkish manufacturers have had to ramp up production, with some running factories 24 hours a day.

The increasing need for masks and cleaning supplies is said to have brought a 30% to 40% surge in the demand in the country's chemical industry since the outbreak first emerged and boosted January exports by 20%.

Now, Turkish manufactures are receiving orders from China and Europe for up to 80 million masks, which has caused them to push their limits, Turkish Sabah daily newspaper reported Tuesday, citing industry sources.

The current manufacturers with limited capacity in Turkey, which to date used to procure a major portion of its medical masks supplies from China, are having difficulty keeping up with the demand.

Under normal circumstances, China is estimated to produce around 20 million masks per day, around half of all masks made globally, BBC reported. Its production is, however, said to have been cut to around 10 million both due to extended holidays and the impact of the virus itself.

This amount is insufficient to meet the current demand in China, let alone the world.

Factories in the Black Sea province of Zonguldak and the southern Adana province with a capacity to produce 4 million pieces per week and several production faculties with a capacity of 1 million are unable to take more orders.

Firms say they cannot take more orders until April, adding that the Chinese have offered two to three times the current price for further production.

The MFA firm in Zonguldak with a production capacity of 4 million is now working in a three-shift system to meet the demand from China. General Manager Fatih Furtun said this is the first time they are witnessing such a period in the company's 13 years of mask production.

Yusuf Uçar, owner of Atos Sağlık, a local mask production company in Adana, said China has now become a mask importer after being a global mask supplier for years.

"There is a Chinese firm that asks for 100 million units of masks per week," Uçar noted, adding that they can now only meet the local demand.

The virus outbreak also disrupted automotive production in the country and is said to have crippled auto supply chains, having also interrupted the production of carmakers outside of China.

European manufacturers are on a quest for additional suppliers.

German carmaker Volkswagen and French Peugeot, which have around 20 factories in the country, are said to have started meeting Turkish automotive suppliers.

Manufacturers in other countries, including France as well as Italy, have also sat down with Turkish companies, the Sabah newspaper reported.

"Currently, there are not many countries able to supply automotive companies worldwide. We are one of the few countries with a strong hand in this regard," Kanca noted.

Mobility in the textile industry

There has been mobility in the textile and leather industries as well.

Next week will bring further clear things out, Şenocak said. "There will be a 15% positive reflection on exports in 2020. This increase will continue to increase due to the coronavirus outbreak."

"We think that the coronavirus epidemic will bring an additional 10% increase in exports for Turkey," Öksüz added.

Earlier this month, sector officials said several fashion retailers that manufacture clothing in coronavirus-hit China are in talks with Turkish firms about shifting production to Turkey.

China makes some $170 billion worth of ready-to-wear exports, Hadi Karasu, head of Turkish Clothing Manufacturers' Association (TGSD), said. He predicted that initially, some 1% of those orders, worth $2 billion, could shift to Turkey.

Polish fashion retailer LPP recently said it was in talks with factories in Turkey, Bangladesh and Vietnam as a backup plan if Chinese production delays continue.

"This will create a gap in supply. This gap can be filled by a country like Turkey. Turkey may catch momentum with the halt in production in China. Turkey must also solve the issue with the supply of its intermediate goods. We see that the demands are turning in this regard. How much of the gap created by China will Turkey be able to capture is very important," Kolbaşı was cited as saying by the Turkish language daily, Dünya.

"We are bringing collective purchasing delegations to Turkey. Two furniture related fairs in China have been canceled. As a sector, we are bringing a delegation of a thousand people from different countries," he added.