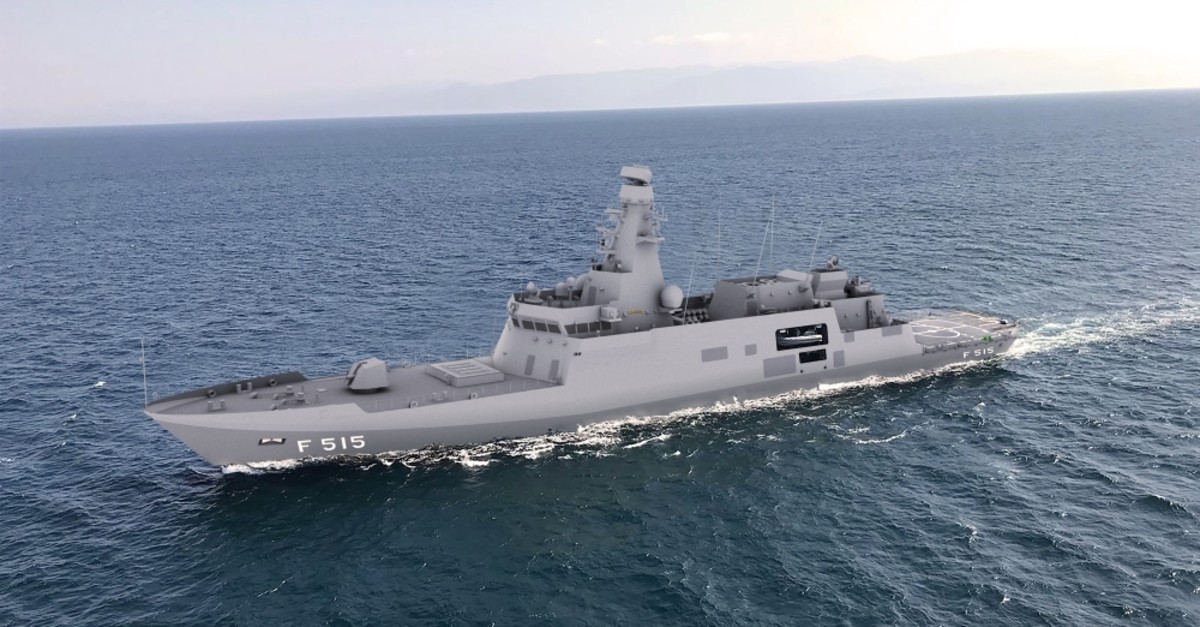 Built as an Istanbul-class frigate, the vessel will be Turkey's largest national warship and the first ship in the frigate class. (AA Photo)
by Daily Sabah with AA Feb 20, 2020 5:58 pm

Turkey has nearly completed a project to produce the country's first domestic frigate as part of its national warship program MİLGEM.

The MİLGEM project was initiated in 2000 to locally design and build a fleet of multipurpose corvettes and frigates that will replace older ships.

The country has built four corvettes so far within the framework of the program, namely the TCG Heybeliada, TCG Büyükada, TCG Burgazada and TCG Kınalıada, while the fifth vessel is under construction.

The TCG Heybeliada was launched in 2011, the TCG Büyükada in 2013, the TCG Burgazada in 2016 and the TCG Kınalıada in 2019. The fifth vessel is being built under the Defense Industries Presidency (SSB) through a contract with leading defense company STM.

The project is being conducted with the participation of almost all segments of the Turkish defense industry, Murat İkinci, the general manager of STM, told Anadolu Agency (AA) Thursday.

Built as an Istanbul-class frigate, the vessel is being constructed with mostly domestic sources, he noted. "It will be Turkey's largest national warship, the first ship in the frigate class," he stressed.

Shareholders are continuing work to complete the project and deliver the vessel in a short period of time, added İkinci. STM recently signed a cooperation agreement with Turkish defense giants ASELSAN and HAVELSAN for the vessel's weapons systems, he noted.

"The weapons systems of our ship will be produced nationally, including ammunition and air defense," he noted.

Turkey looks to build eight corvettes within the scope of MİLGEM. The construction of all four ships of the ongoing Ada class – named after Istanbul's Princes' Islands – was undertaken by the Istanbul Naval Shipyard Command of the Turkish Armed Forces (TSK).