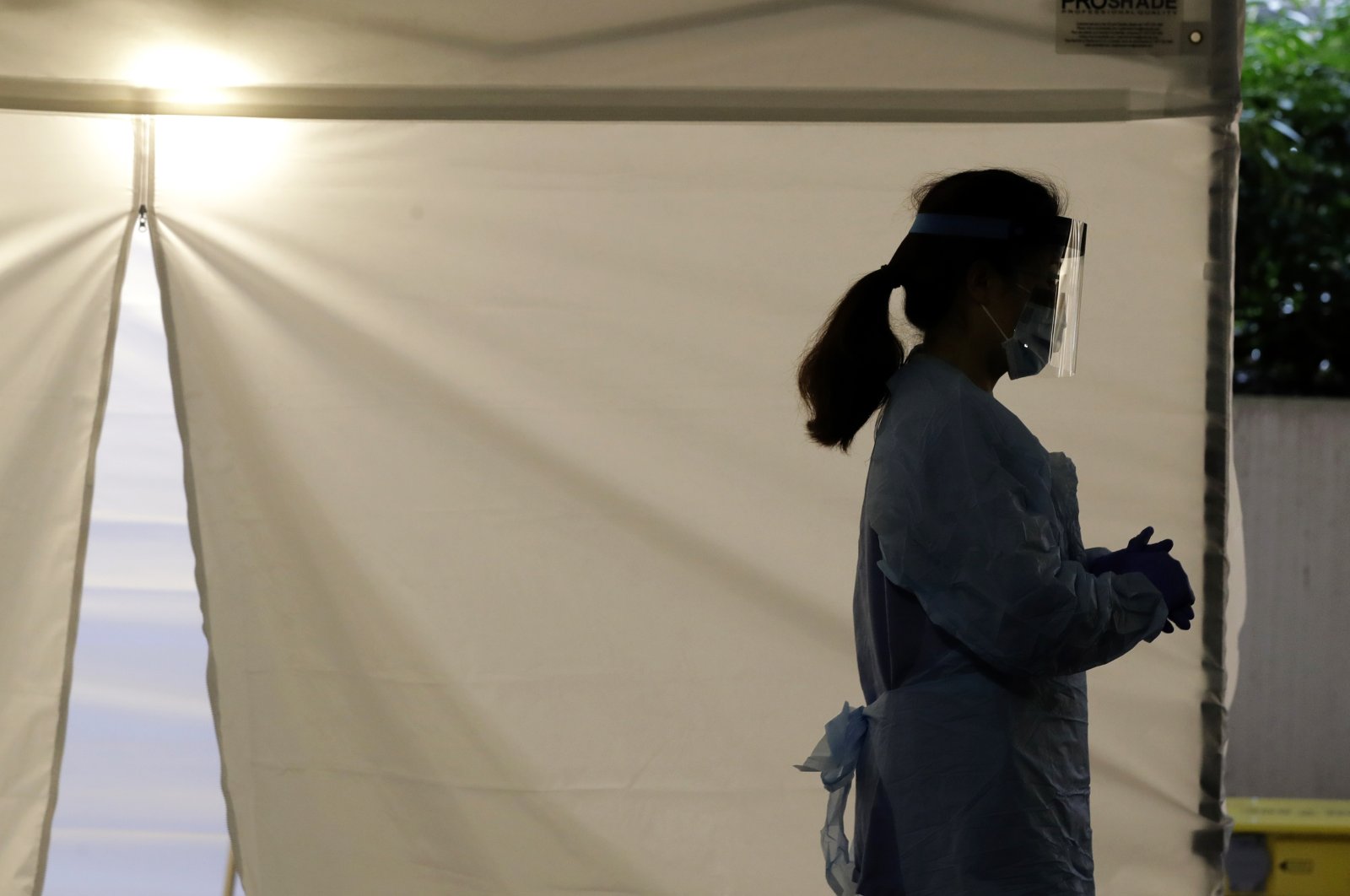 In this March 13, 2020, file photo, a nurse at a drive-up coronavirus testing station set up by the University of Washington Medical Center wears a face shield and other protective gear as she waits by a tent in Seattle. (AP Photo)
by Daily Sabah with AFP Apr 06, 2020 4:45 pm
RECOMMENDED

Apple said it will soon be producing 1 million face shields a week for medical workers battling the coronavirus pandemic.

The tech giant had already sourced 20 million surgical masks from around the world to help address a global shortage, chief executive Tim Cook said in a video posted to Twitter on Sunday.

But the company had also designed its own transparent protective face shield and begun mass production at its factories in the U.S. and China, he added.

"We plan to ship over 1 million by the end of this week," said Cook.

Initial distribution would be focused on the U.S., but the company hoped to "quickly expand distribution" to other countries, he said.

Apple joins several global firms that have modified their production lines to meet the demand for protective gear, including Italian luxury brand Prada.

Even though the World Health Organisation (WHO) currently says that face masks are not an effective way to protect against the virus, several countries have ordered or at least advised the usage of protective gear.

E-shop giant Amazon told the Daily Telegraph that they had ordered "millions of masks" for their employees, which will be put to use next week.

The daily pointed out that other measures affect the results, such as testing, social distancing and the like. It is clear that Asian countries, where face masks are commonly used, suffer from fewer cases of the virus.

A front runner in this is South Korea, followed by Hong Kong and Singapore, who have all reported fewer infections than Western countries, even though they are geographically closer to China.

The hardest-hit countries in Europe, namely Italy and Spain, as well as the U.S. have not yet advised the usage of masks for their citizens.