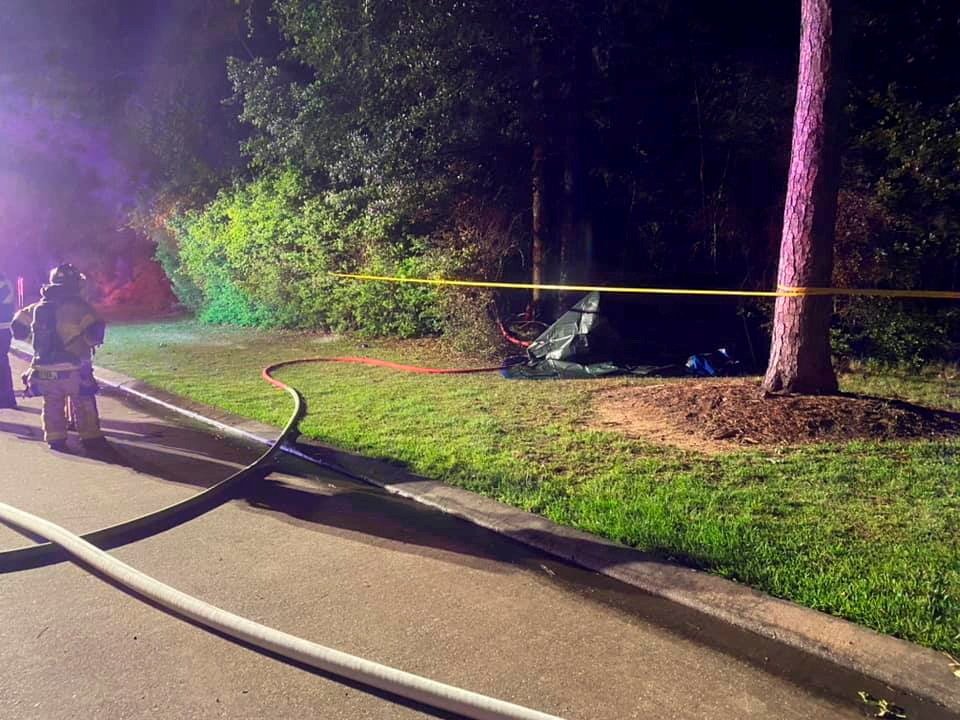 A firefighter looks on near a Tesla vehicle, which is covered in tarp, after it crashed in The Woodlands, Texas, April 17, 2021. (The Woodlands Fire Department via Reuters)
by German Press Agency - DPA Apr 19, 2021 12:20 pm

A car crash involving a Tesla car, which police suspect no one was driving, killed two men in Texas, media said Sunday.

One of the men was in the passenger seat and the other in the rear seat when the car went off the road, hit a tree and then caught fire, the Wall Street Journal and New York Times reported, citing a police spokesperson in Harris County.

According to preliminary investigations, police are "almost 99.9% sure" that no one was behind the wheel, the spokesperson said, as cited by the Wall Street Journal.

The paper reported that authorities are still investigating whether the vehicle's driver-assistance program was turned on.

Tesla's official advice states that the autopilot function on its cars reduces the driver's workload, but that it should be used with a fully attentive driver who has their hands on the wheel and is prepared to take over.

Although the functions are becoming more powerful over time, they do not currently make a vehicle autonomous.