Angry Renault workers press ahead with strike over foundry sale 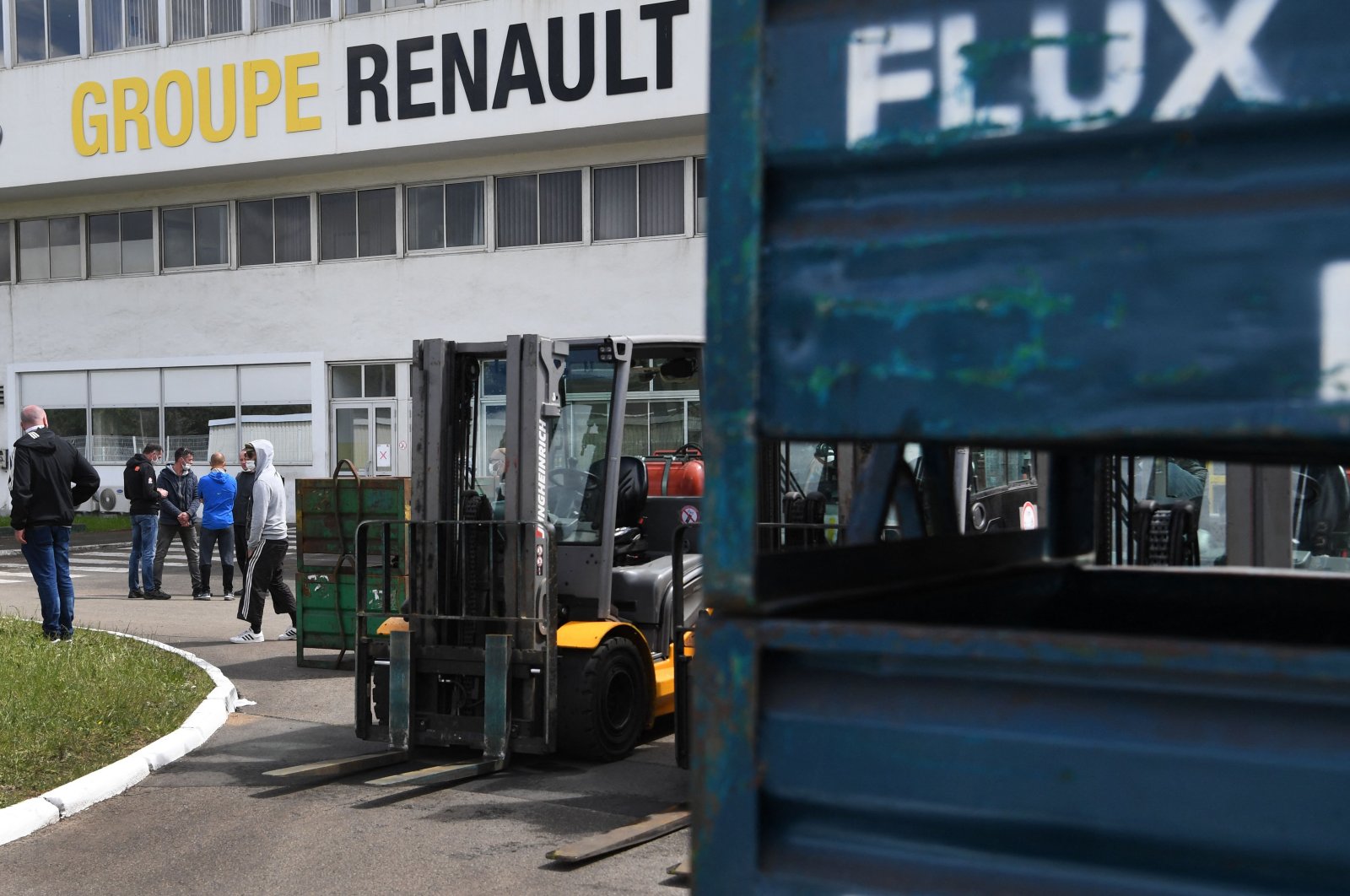 CGT unionists of the "Fonderie de Bretagne" foundry, a subsidiary of the Renault group, take part in a gathering of striking employees after Renault announced the sale of the factory in Caudan, western France, April 28, 2021. (AFP Photo)
by French Press Agency - AFP
Apr 29, 2021 3:02 pm

Around 100 metalworkers blocked access for a third day Thursday to a Renault factory in western France, demanding that the government intervene to halt the site's sale and ensure its viability.

Irate employees held managers against their will at the foundry near Lorient Tuesday when they launched their strike against the sale, which Renault says is needed as it tries to boost profits.

"There hasn't been any progress, we're at a standstill so we're going to continue with the blockade," Mael Le Goff of the General Confederation of Labor (CGT) union told the Agence France-Presse (AFP).

"We are still asking for talks with the state and Renault," he said, because the government owns a 15% stake in the automaker and has extended billions of euros in financial aid during the COVID-19 crisis.

The strikers accuse Renault of outsourcing much of its cast-iron operations to lower-cost countries such as Turkey, Portugal and Spain, depriving the Lorient site of sufficient orders for its 350 workers.

The carmaker "strongly condemned" the detention of seven local managers Tuesday morning in a so-called "boss-napping." They were allowed to go after almost 12 hours.

Many are hoping for a repeat of 2008 and 2009 when Renault bought the foundry out of bankruptcy and invested millions in a modernization drive.

"We were at death's door, but we fought and managed to save the company," Christophe, a 50-year-old striker who only gave his first name, told AFP this week.

But analysts say automakers will require less iron and steel as the industry shifts to lighter electric vehicles.

"Renault is abandoning us, so we have nothing left to lose," Pierre-Yves, a 41-year-old worker at the foundry, told AFP Wednesday as union representatives met with Lorient's mayor and regional officials.

"There won't be any buyer – who would want to buy us now?"

"Renault needs to commit to increased production volumes – we know the factory won't survive without enough orders," the mayor, Fabrice Loher, said after the meeting.