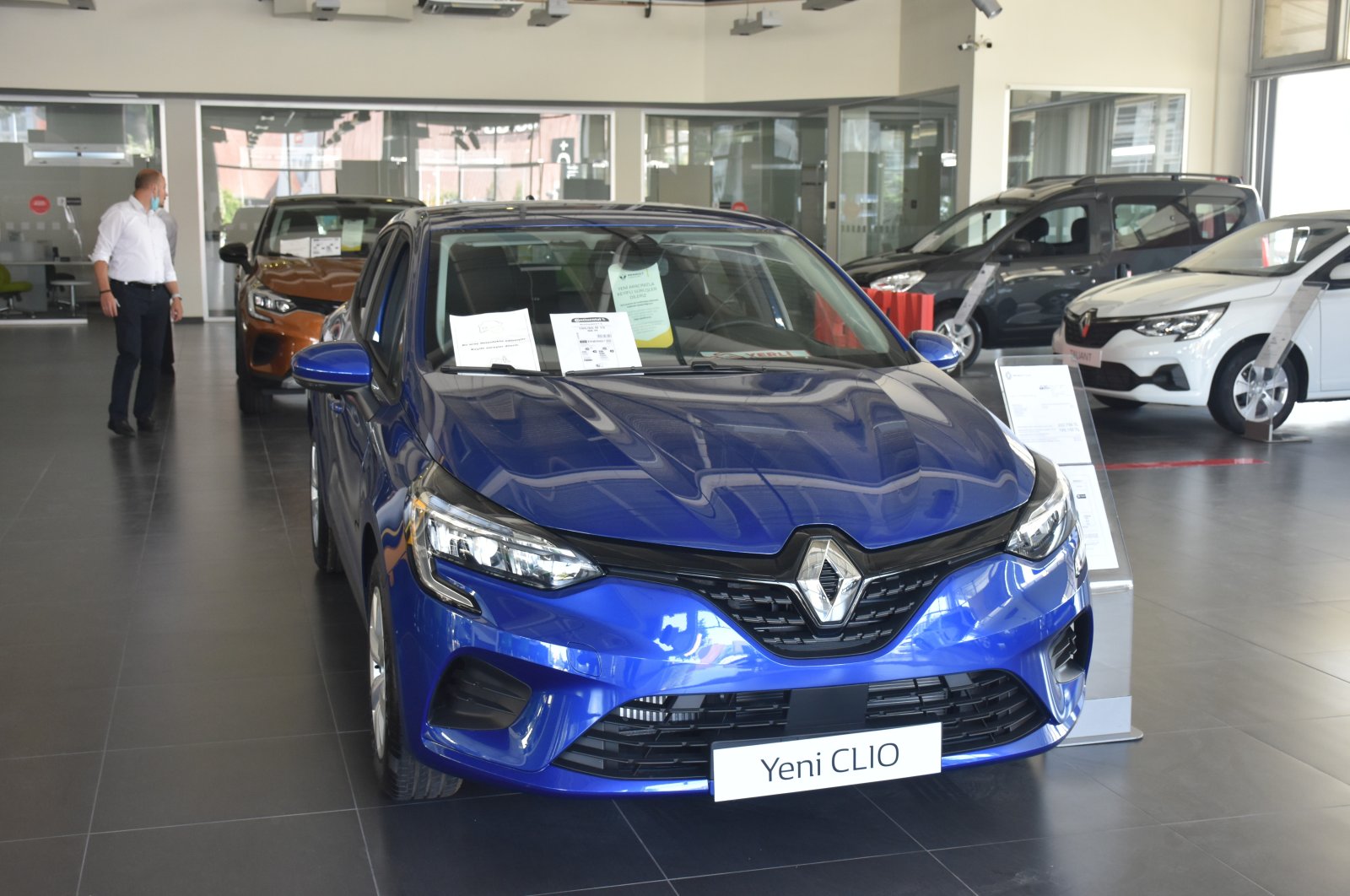 The revisions in tax rates for some passenger cars last month triggered price cuts and were expected to boost sales. Yet supply disruptions, including semiconductor shortages, left local dealers without enough cars to meet the surging demand.

The market had narrowed by 45.3% year-on-year in July.

The disruptions seemed to have cost the market up to 30,000 vehicles in August alone as sales were forecast to hover between 80,000 and 90,000. ODD Chairperson Ali Bilaloğlu said the issue with the availability of cars is expected to continue.

Despite the change, manufacturers are faced with major obstacles, Hyundai Assan General Manager Murat Berkel said, stressing that supply could not meet demand.

“There has been a sudden major increase in demand, but because we do not have these vehicles, sudden changes could not be made in the plan,” Berkel told private broadcaster Bloomberg HT.

ODD's Bilaloğlu stressed the ongoing chip shortage, saying the crisis could last through at least the first quarter of next year.

“It will probably also affect the second quarter of 2022. Hopefully, after the second half of 2022, the sector will no longer face a chip-related crisis,” Bilaloğlu told reporters.

The global semiconductor shortage continues to worsen, prompting car manufacturers across the world to once again temporarily scale back their production capacities.

Toyota last month said it would slash its global production by at least 40% for the next two months, cutting production by 360,000 vehicles worldwide in September alone.

The Turkey plant of the world’s largest automaker by sales volume reported last month it would pause output for two weeks, from Aug. 20 through Sept. 5.

Many global carmakers have warned that the semiconductor chip shortage would drag on throughout 2021 and beyond, hitting production and sales.

Microchips are essential for the electronics systems of modern cars and have been in short supply since the end of last year.

Many of the Turkish top carmakers such as Ford Otosan, Tofaş and Oyak Renault had to temporarily pause their production in the past months.

Lastly, General Motors announced Thursday that it would halt production at eight North American plants during the next two weeks, including two that make the company's top-selling Chevrolet Silverado pickup.

Ford said it would stop making pickups at its Kansas City Assembly Plant for the next two weeks. Shifts will be cut at two more truck plants in Dearborn, Michigan and Louisville, Kentucky.

Stellantis shut down its Ram truck assembly plant in Sterling Heights, Michigan this week due to the chip shortage. The company’s Belvidere, Illinois, small-SUV plant and a minivan plant in Windsor, Ontario are also down for two weeks.

Nissan, which announced in mid-August that chip shortages would force it to close its huge factory in Smyrna, Tennessee, for two weeks until Aug. 30, has now said the closure will last four weeks, until Sept. 13.

Sales of passenger cars and light commercial vehicles in Turkey still jumped 24.3% year-on-year from January through August to over 501,000 units, according to the ODD data.

Turkish annual inflation jumped more than expected to 19.25% in August, its highest level in more than two years, the Turkish Statistical Institute (TurkStat) said. The increase in month-on-month consumer prices was also surprisingly hot at 1.12%.

The price of gasoline-powered vehicles fell 3.4% in August, while the price of diesel cars was down 1.72%, the data showed.