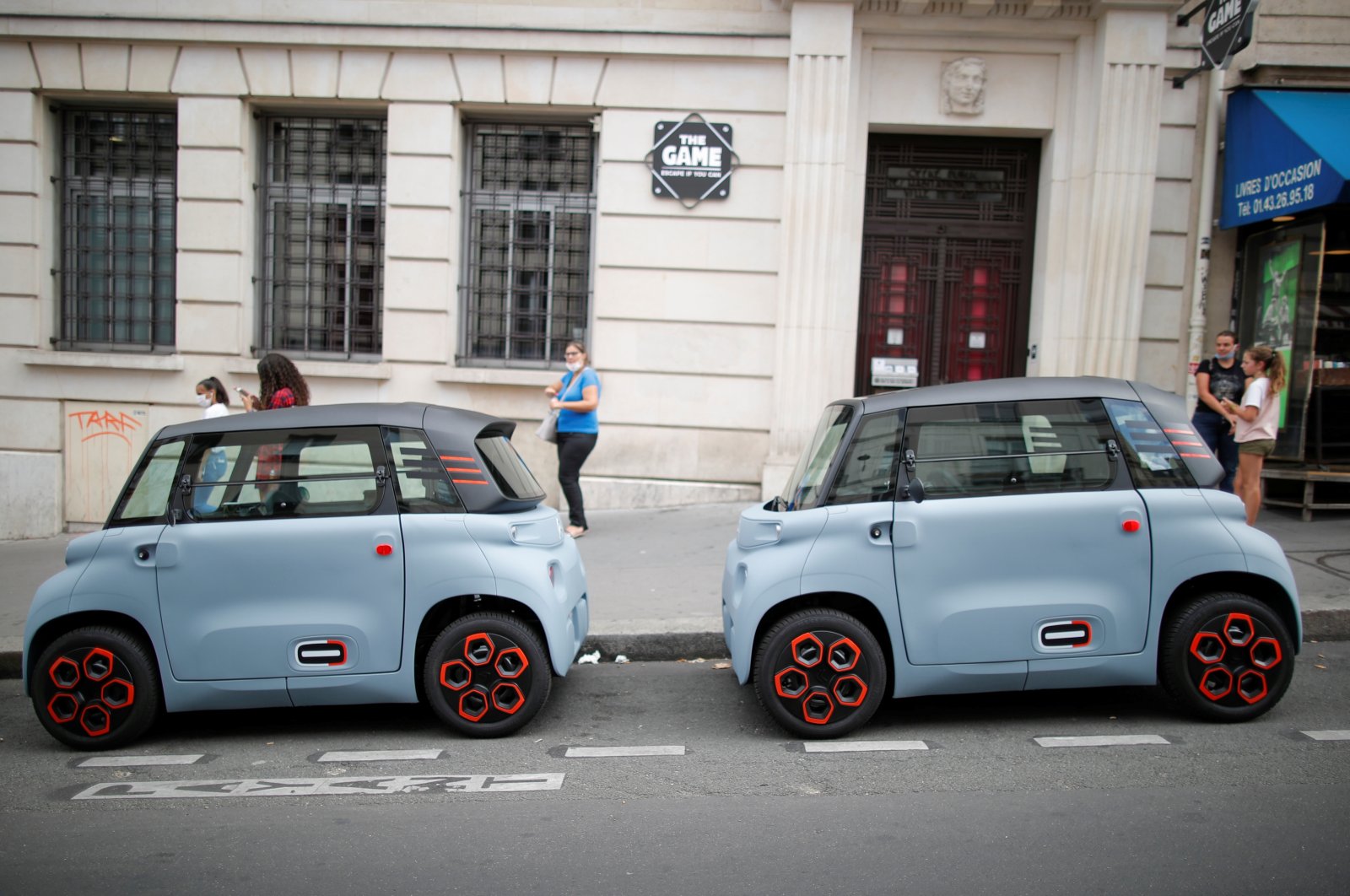 France's Citroen has a new vehicle it hopes will reach a market most major carmakers have not tapped – drivers as young as 14.

The French automaker's tiny two-seater Citroen Ami vehicle is powered by a modest 6-kilowatt electric motor, so under French legislation, it can be driven by someone as young as 14 and no driving license is required.

The vehicle has a 45 kilometers (27 miles) per hour top speed, its bodywork is plastic and it has a no-frills interior.

But it has features likely to appeal to tech-savvy teenagers and is on sale alongside smartphones and video game consoles in a major chain of French electronics stores.

"The first client who came ... was a teenager and his dad," said Olivier Garcia, head of products for French electronics retailer Fnac Darty.

He said they were looking for a safer alternative to an electric scooter or a moped, the usual modes of transport young French people use to zip around cities.

"So that's a share of our customers that is not negligible," said Garcia.