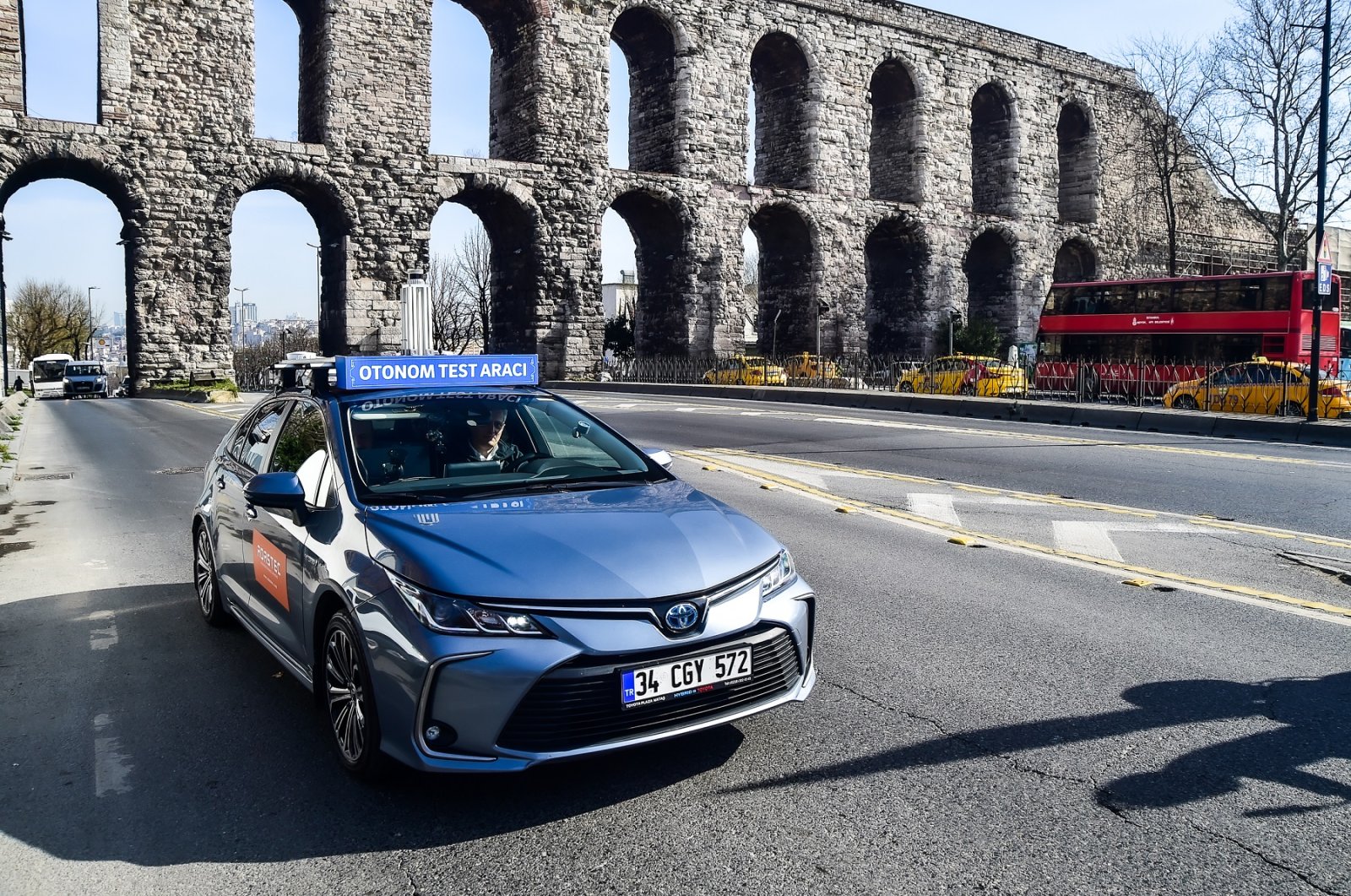 Driverless car produced by a firm under the scope of a joint university-industry projects tested in Istanbul. (AA Photo)
by Daily Sabah with AA
Mar 12, 2020 5:39 pm

A driverless car, developed by Adastec took to the streets of Istanbul on Thursday as part of its testing process.

In addition, mapping software using a lidar device, which employs laser technology to visualize obstacles such as pedestrians, sidewalks, traffic lanes, trees and buildings, was also tested on the vehicle.

Ömer Burhanoğlu, a TOSB board member, told Anadolu Agency (AA) that the real-life mapping functions were tested for the autonomous car in Istanbul, adding that he hopes these kinds of developments will lead the way for similar projects to be carried out at the innovation center in the future.

Ekrem Özcan, Istanbul Technical University (ITU)'s Automotive Technologies Research and Development Center (OTAM) chairman, said that since the establishment of the Autonomous Vehicle Testing Parkour at TOSB's Innovation Center in July 2019, eight Turkish firms have carried out autonomous car tests. The aim is to provide the necessary infrastructure support for those companies, he added.

“The autonomous cars have a market potential of $3 trillion worldwide,” Özcan said, while noting that the country should focus on developing projects and accelerating works in the field. Adastec is one of 62 firms that belong to the Turkish Autonomous and Connected Vehicle Cluster, established as a joint project between TOSB's Innovation Center and ITU's OTAM.

Also speaking to AA, Adastec CEO and co-founder Ali Ufuk Peker said: “We have been testing our vehicle on test tracks. Under the scope of our partnership with ITU OTAM and TOSB Innovation Center, we were using their testing tracks. But now we had an opportunity to try our vehicle on the streets of Istanbul and tested the maneuvering capabilities in the city environment.”