First Teslas from disputed Berlin factory could come next month 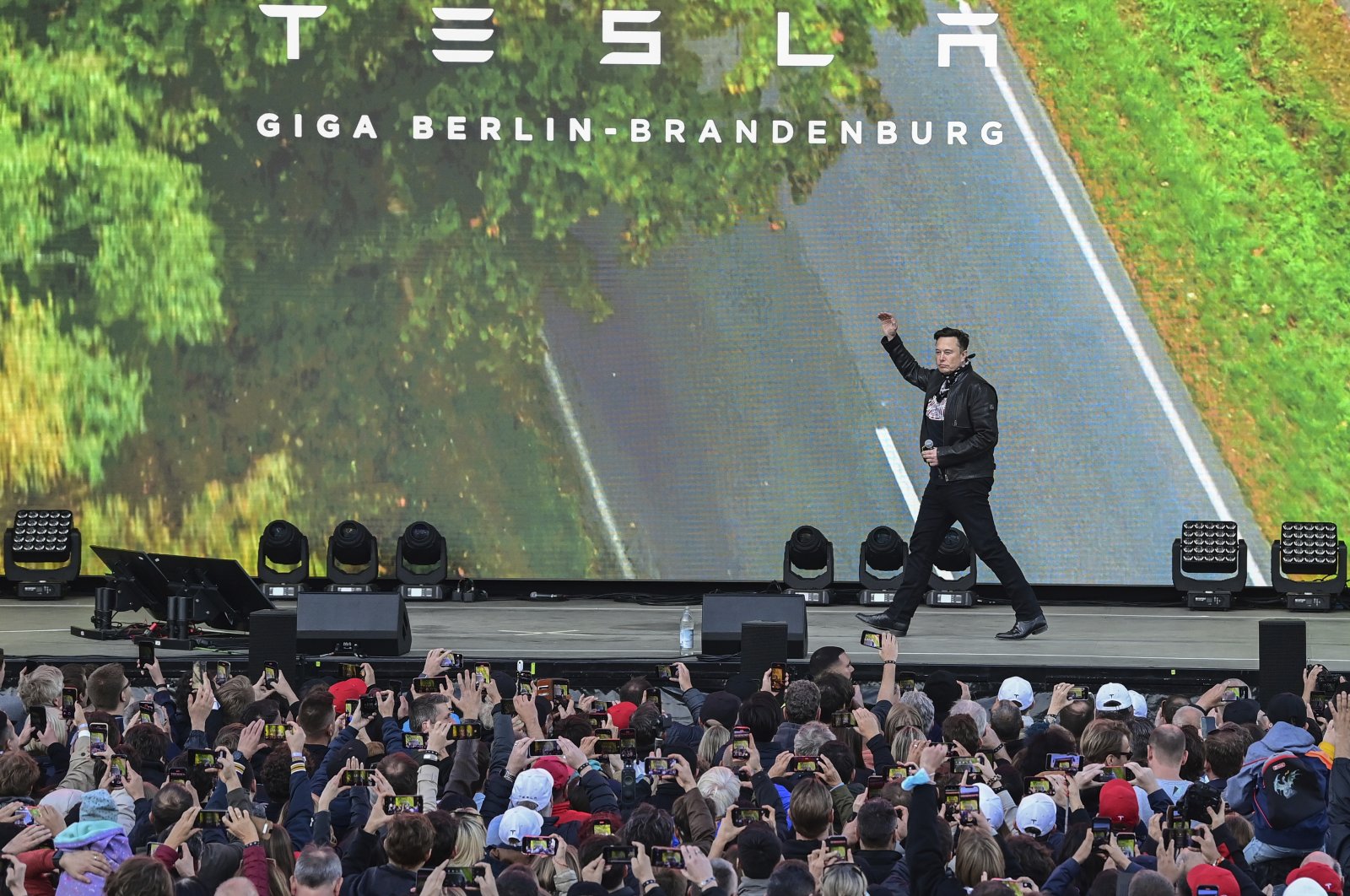 The first cars to roll off the line of Tesla's new Berlin factory could make an appearance as early as next month, CEO Elon Musk said at the site of the plant on Saturday before adding that volume production would take much longer to achieve.

Musk hopes to get the green light in the coming weeks to start production at the site. The latest consultation on public concerns towards the site closes on Oct. 14, after which the Environment Ministry will make a decision.

He said volume production would amount to 5,000 or "hopefully 10,000" vehicles per day, and battery cells would be made there in volume by the end of next year.

He also defended the factory against critics of its environmental impact, saying that it used "relatively little" water and that battery cell production was "sustainable."

Some local residents and environmental groups are unhappy with Musk's approach, which they say flies in the face of German business culture.

"I would tell him to stop building electrocars but rather fly to Mars," said Manu Hoyer, who led a small protest of locals who oppose the project on environmental grounds, saying it will pollute drinking water.

Brandenburg's economy minister has put the chances of the factory gaining approval to operate at 95%.

Tesla has submitted plans to invest 5 billion euros ($5.8 billion) in a battery plant with 50 GWh capacity next to the site, outstripping Volkswagen's planned 40 GWh capacity site in Salzgitter.

Musk said Tesla was worried that recruiting sufficient staff would be an issue, calling for people to apply from "all over Europe."

He said he hoped the battery plant would reach volume production by the end of next year.

The company offered 9,000 tickets to the festival, with residents of Brandenburg state given priority.

"Look, Mummy! A Tesla," shouted an excited 9-year old called Emil, one of many children lined up with parents waiting for a 90-minute site tour.

Fans cheered and laughed when Musk took the stage at sunset, welcoming him like a popstar.

"This day is unique," said Tesla fan Fred Schroeder. "The Tesla factory in Germany will be opened to the public for the first time. That is a very special day."

Another had driven his Tesla from Milton Keynes in Britain, despite not having a ticket. He said it was worth it just to see the site from the outside.

About 500,000 cars a year should roll off the line at the factory just outside Berlin, Tesla’s first production location in Europe.

Not all the attendees at Saturday's party were convinced the region can take it.

"I'm sort of critical. There's not enough roads, not enough space for a factory like this here," said 35-year-old Marlen Winkler.

And the site will equally boast the "world's largest die-casting machine," said Ferdinand Dudenhoeffer, director of the Center for Automotive Research in Germany.

In the event that the factory is not approved, the carmaker will be compelled to dismantle the entire works at its own cost.

Such a turn of events is, however, "unlikely," said Dudenhoeffer, since the project has considerable "political support."

"Every political party is in favor," the car expert explained, while noting that changes to the factory facade could be requested by authorities, delaying the beginning of production further.

First planned for July 2021, the start has already been pushed back to the end of this year as a result of the company's administrative troubles.

Tesla was "irritated" by these setbacks, as it wrote in an open letter in March, in which the company called for a "reform" of Germany's planning procedures.

Despite the country's reputation for efficiency, major infrastructure projects are often slowed down by excess bureaucracy.

Berlin's new international airport opened in October 2020, eight years later than first planned, while the construction of a new train station in Stuttgart is not yet finished, having begun in 2010.