Ford to invest $11.4B to add EV plant, battery factories 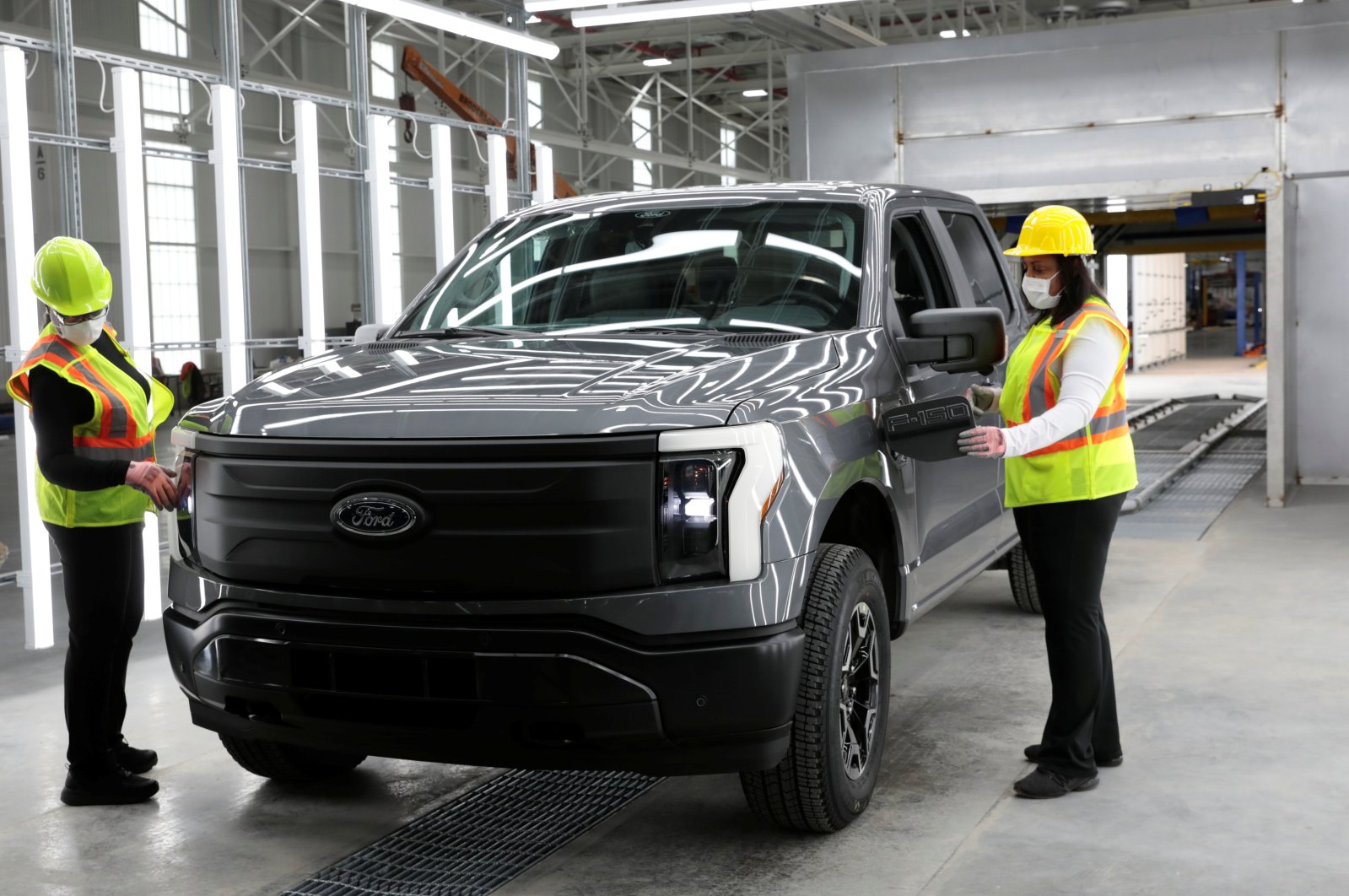 U.S. automaker Ford and its South Korean battery partner SK Innovation announced Monday plans to invest $11.4 billion in electric vehicle (EV) production and battery plants, in a bid to position itself to lead the United States’ shift away from climate-damaging fossil fuels.

The companies intend to create nearly 11,000 jobs by opening assembly and battery plants in Stanton, Tennessee, and two additional battery factories in Glendale, Kentucky, as part of Ford's previously announced plan to spend more than $30 billion through 2030 on electrification, Ford said. Plants on both sites will open in 2025.

The No. 2 U.S. carmaker's portion of the investment is $7 billion, with SK covering the rest. The companies will invest $5.8 billion in Kentucky, and $5.6 billion in Tennessee.

The South Korean battery maker, which supplies electric car batteries to Ford Motor and Hyundai Motor among others, has battery production sites in the United States, Hungary, China and South Korea.

Monday's announcement is the single largest manufacturing investment in Ford's 118-year history. The carmaker said it would place the company at the forefront of the country's shift to electric vehicles.

"This investment supports the company's longer-term goal to create a sustainable American manufacturing ecosystem, and to accelerate its progress towards achieving carbon neutrality, backed by science-based targets in line with the Paris Climate Agreement," the statement read.

"This is a transformative moment where Ford will lead America's transition to electric vehicles and usher in a new era of clean, carbon-neutral manufacturing," Executive Chair Bill Ford said.

"With this investment and a spirit of innovation, we can achieve goals once thought mutually exclusive – protect our planet, build great electric vehicles Americans will love and contribute to our nation's prosperity," he added.

The announcement came amid strong demand for the company's new F-150 Lightning pickup vehicle and other electric models such as the E-Transit and the Mustang Mach-E.

Like its competitor General Motors (GM), the manufacturer is striving to catch up with Tesla, the main pioneer of electric cars.

Ford, which revolutionized automated car production a century ago, said its rollout would be "the largest-ever U.S. investment in electric vehicles at one time by any automotive manufacturer."

Under mounting pressure from public opinion, and with customers and investors increasingly sensitive to environmental concerns, many car manufacturers have started to turn towards electric vehicles to reduce harmful emissions.

Until recently, the shift to electric had not been so marked.

"We are moving now to deliver breakthrough electric vehicles for the many rather than the few," said Jim Farley, Ford's CEO.

Echoing a theme close to President Joe Biden's economic plans, as well as his determination to transform infrastructure to tackle climate change, Farley said the investment was "about creating good jobs that support American families."

Ford's announcement will give a boost to Biden's Democratic Party, who are putting their massive infrastructure investment plan of some $1 trillion to a vote in Congress this week.

The Democrats want to take steps to tackle climate change, insisting the switch to a greener economy could create millions of jobs in the future.

In its original form, the infrastructure plan provided for the construction of a national network of 500,000 charging stations by 2030 and a switch to electricity for 20% of the country's famous yellow school buses.