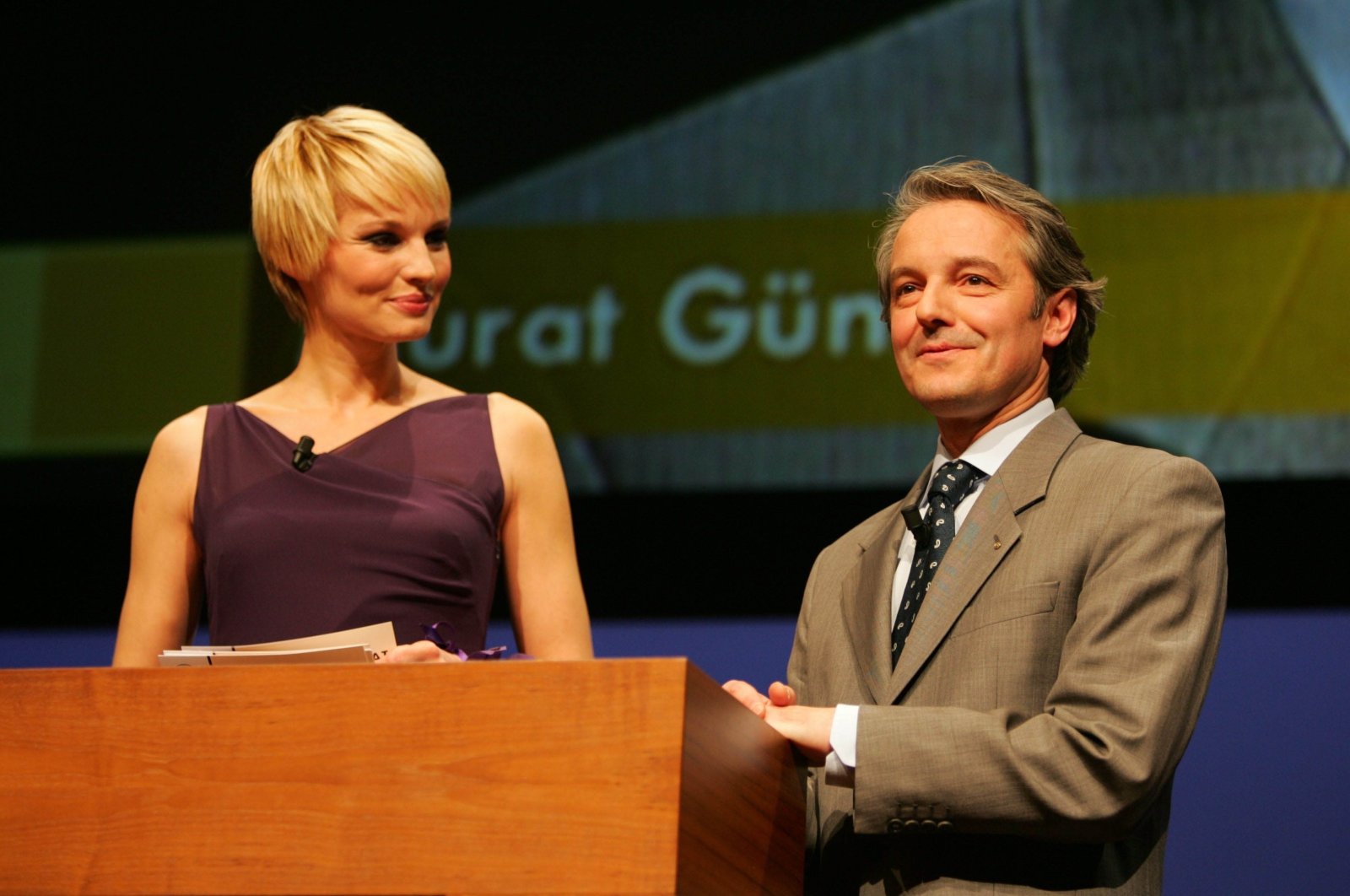 Murat Günak (R) at the world premiere of the Passat In Cruise Center at HafenCity in Hamburg, Germany. (Getty Images)
by Daily Sabah
Apr 02, 2021 3:55 pm

The former chief designer of global car brands such as Volkswagen and Mercedes, Murat Günak, has become Turkey's Automobile Joint Venture Group (TOGG)’s Design Leader, according to a statement Friday by the group, which is producing the first domestic electric vehicle of the country.

TOGG said in the statement that Günak, “our world-renowned designer, who was with us as a consultant when starting #YeniLigeYolculuk (“TowardsNewLeague”), joined our team as TOGG Design Leader as of April 1st.”

Born in Istanbul in 1957, Günak graduated from secondary school in the metropolis before going abroad to study in the industrial design department at the Academy of Fine Arts in Germany’s Kassel. He later studied at the Royal College of Art in London under renowned names Claude Lobo and Patrick Le Quément and was awarded the Automotive Design Master award sponsored by Ford.

After graduation, he worked in Ford Germany for two years before becoming a designer at Mercedes-Benz, a title he carried eight years. Günak was then appointed as the chief design officer at Peugeot in 1994. After that, he returned to Mercedes-Benz and DaimlerChrysler in 1998 as vice president for all passenger cars.

He joined the Volkswagen brand group Design Team in April 2003 and served as the design manager from Jan. 1, 2004. During his tenure, he was responsible for the design activities of all brands in the group. In 2007, he was replaced by former Volkswagen employee Walter de'Silva.

He served as the CEO of Mindset AG between July 2008 and January 2009 through the consulting firm MGMO GmbH.

TOGG is a consortium of five major companies. The consortium will produce five different models – an SUV, sedan, C-hatchback, B-SUV and B-MPV – by 2030. Mass production of the SUV will begin in 2022, with the sedan to follow.