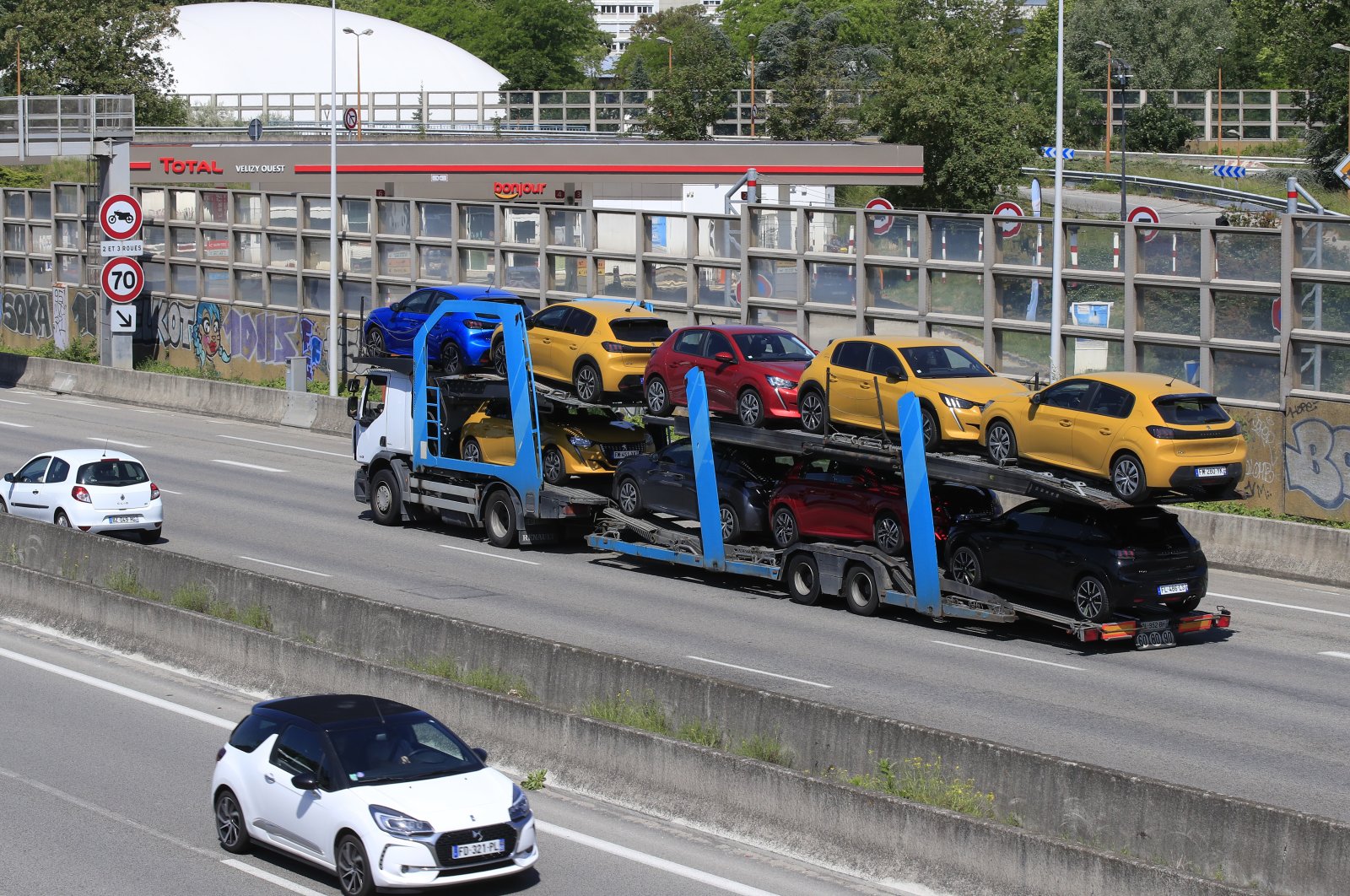 France’s government is injecting more than 8 billion euros ($8.8 billion) to save the country’s car industry from huge losses wrought by virus lockdowns and wants to use the crisis to make France the No. 1 producer of electric vehicles in Europe.

Starting next week, consumers can get up to 12,000 euros from the government for buying an electric car under the “historic” plan unveiled Tuesday by President Emmanuel Macron.

“Our country wouldn’t be the same without its great brands – Renault, Peugeot, Citroen,” Macron said, decrying an “unprecedented crisis” for the industry that has seen production plunge more than 90% in France alone.

The 8 billion euros does not include a 5 billion-euro government loan guarantee under discussion for struggling Renault, or the millions the government has already spent on temporary unemployment payments to auto workers told to stay home for weeks to keep the virus at bay.

As carmakers around the world face record slumps in sales, Macron met with industry representatives and unions at the Elysee presidential palace on Tuesday morning, notably to discuss the loan guarantee for Renault. He then visited supplier Valeo, which makes equipment for electric cars, at its factory in northern France, from where he detailed the wider rescue plan.

The issue is politically sensitive since France is proud of its auto industry, which employs 400,000 people in the country and is a big part of its manufacturing sector. The government wants carmakers to develop innovative products in France and keep jobs in the country.

Finance Minister Bruno Le Maire has said that carmakers must commit to bringing back manufacturing to France in exchange for the support, but unions are wary as the industry is in turmoil.

The aid is expected to include government subsidies for consumers to buy a battery-powered car as well as other incentives for people to scrap their old car and buy a lower-emissions model.

Auto sales in France fell by about 90% in April compared with a year earlier as showrooms were shut and factories suspended production. The country started easing restrictions on May 11 after two months of strict lockdowns.

The plan to support the industry comes at a crucial time for carmaker Renault, which came into the virus crisis in particularly bad shape after the 2018 arrest of its longtime star CEO Carlos Ghosn.

Le Maire said Monday its survival is at stake and that the government – which owns 15% of Renault – would not require Renault to keep all its French jobs and facilities in exchange for the rescue funds, in order to allow the company to adapt to the economic situation.

Renault and Nissan have scheduled an announcement Wednesday that is expected to address the future of their alliance. Renault unions say they have been summoned to a meeting Thursday on how the carmaker will cut 2 billion euros ($2.2 billion) in costs, and expect that will lead to factory closures and job losses in France.

French carmakers won billions in bailout funds after the 2008 financial crisis and benefited from a government bonus plan that encouraged consumers to buy newer cars, though that didn’t prevent thousands of job cuts.

PSA Group, which makes Peugeot and Citroen cars, came into the current crisis in better shape, after years of cost-cutting under CEO Carlos Tavares. PSA reported record profits last year but has also seen sales plunge amid virus lockdowns. It is in the process of merging with Fiat Chrysler Automobiles to create the world’s fourth-largest automaker. The French government owns a 12% stake in PSA through the state investment bank.

Carmakers across the world struggle

U.S. automakers haven’t received direct government help yet but car dealers and auto suppliers can apply for low-interest loans. Some U.S. some politicians don’t want to bail out carmakers again after they got huge bailouts after the 2008 financial crisis.

In Germany, automakers are pressing for car purchase incentives to support major employers and prevent layoffs. The idea is opposed by some legislators in Chancellor Angela Merkel’s conservative party and by an expert council of economists, who advised tax breaks and lower energy costs for all companies instead of singling out one industry for help. A decision on the issue could come as early as next week.

Italian-American Fiat Chrysler, which has its corporate headquarters in the Netherlands and its financial base in Britain, confirmed this month a request for an Italian state-backed loan worth 6.3 billion euros ($6.9 billion). The move set off a debate in Italy over whether such money should be made available to companies with legal headquarters overseas.

Britain's government is considering bailing out companies whose demise would disproportionately affect the economy, on a “last resort basis.” The Financial Times reported Sunday that Jaguar Land Rover was among those approaching the government to acquire stakes as part of a broader manufacturing bailout.

Steve Turner of the Unite Union said action is needed to bolster major employers and their supply chains. “There is no more time to lose if we are to prevent a tsunami of job losses from sweeping through communities this summer,” he said.