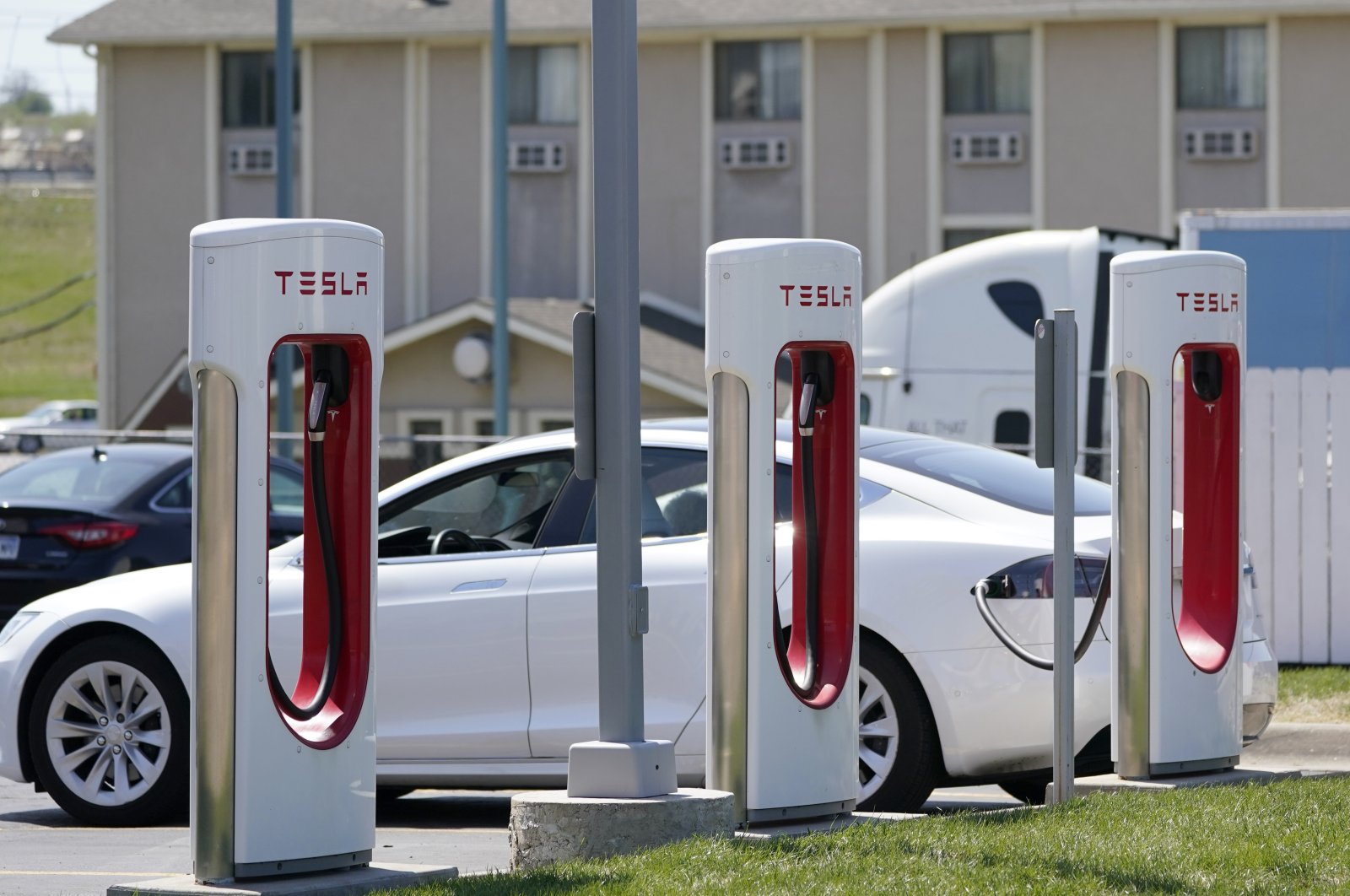 The record rise in electric car sales came despite the COVID-19 crisis during which the global auto industry suffered a major shock by contracting 16% last year compared to 2019.

With last year's increase, the number of electric cars on the roads worldwide reached over 10 million, with the addition of approximately 1 million electric vans, heavy trucks and buses.

Europe, for the first time last year, overtook China to register 1.4 million cars on an annual basis to become the center of the global electric car market.

As electric car registrations in Europe more than doubled last year, those in China increased 9% to 1.2 million. These figures compare favorably against the U.S., which only registered 295,000 electric cars in 2020.

Fatih Birol, executive director of the IEA, asserted in the report that electric vehicles have an indispensable role to play in reaching net-zero emissions worldwide and urged governments to focus on expanding EV infrastructure.

"Current sales trends are very encouraging, but our shared climate and energy goals call for even faster market uptake. Governments should now be doing the essential groundwork to accelerate the adoption of electric vehicles by using economic recovery packages to invest in battery manufacturing and the development of widespread and reliable charging infrastructure," he said.

Consumer spending on electric cars increased by another 50% in 2020 to reach $120 billion, while governmental support stood at $14 billion, showing a drop for the fifth consecutive year.

"Even if government subsidies remain important for spurring the uptake of electric vehicles, this suggests sales are increasingly being driven more by consumer choice," the report revealed.

Eighteen of the 20 largest automakers have announced intentions to further increase the number of available models and boost production of electric light-duty vehicles as these automakers account for 90% of all global auto sales.

The report said: "governments helped buffer electric cars from 2020’s downturn by extending existing policy and fiscal support, and augment them with stimulus measures in response to the COVID-19 crisis.”

The strong growth maintained its trend in the first quarter, but more government action is needed on charging stations and fossil-fuel vehicle bans to keep the momentum going, the agency said.

"We still see no sign of a slowdown in global electric car markets," said Timur Gül, head of the IEA's energy technology policy division, in a presentation on the global outlook for EVs.

The report said that based on current trends and policies, the number of electric cars, vans, heavy trucks and buses on the roads worldwide will see a major expansion and reach 145 million by 2030.

However, the IEA said the global fleet could reach 230 million if governments accelerate efforts to reach international climate and energy goals, as outlined in the IEA’s Sustainable Development Scenario.

It added that if governments around the world pull together to pursue the even more ambitious goal of reaching net-zero emission by 2050, the global electric car fleet would grow further.