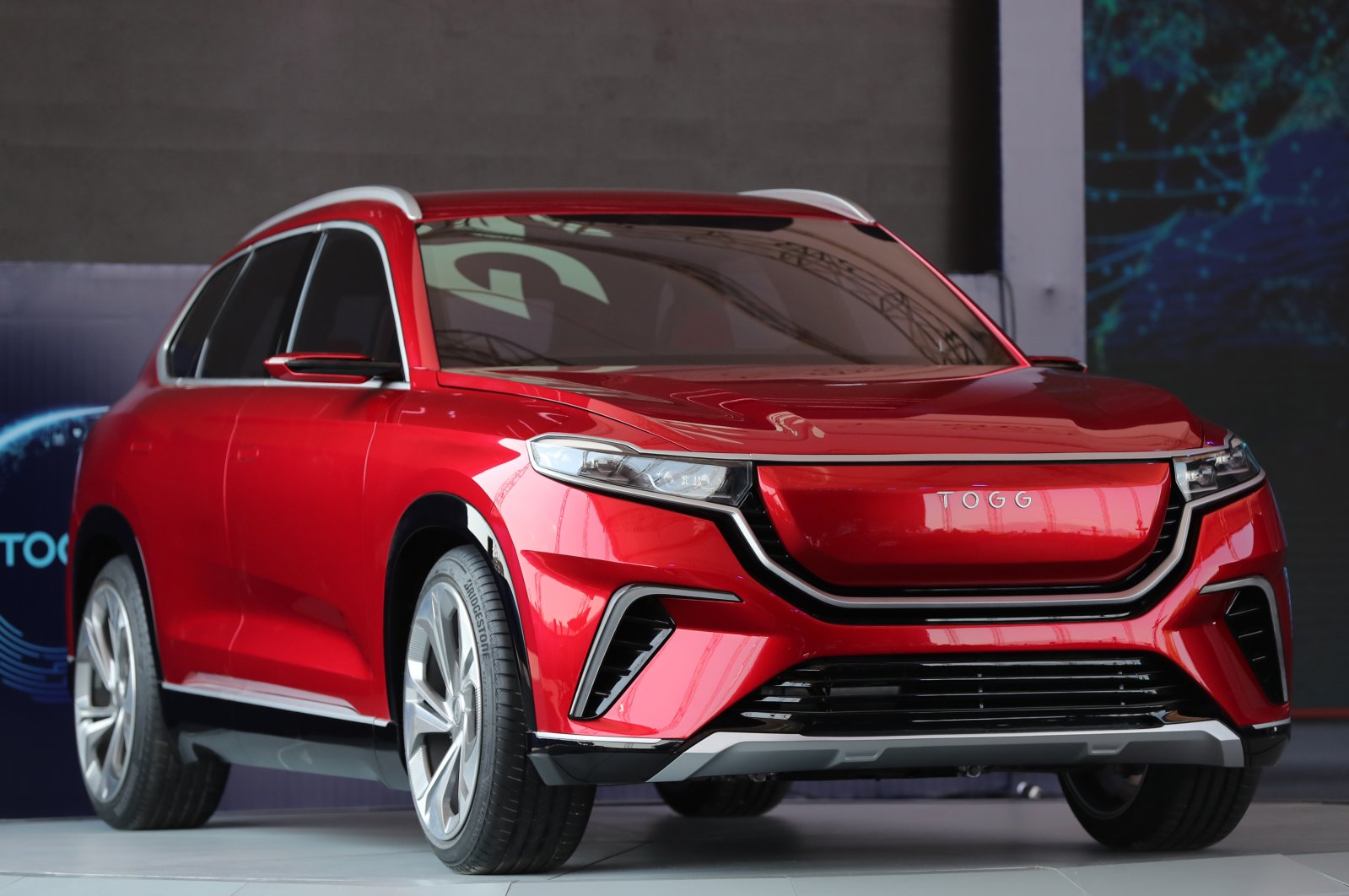 A prototype of an SUV model is seen during a groundbreaking ceremony for Turkey’s first domestic car factory in the Gemlik district of northwestern Bursa province, Turkey, July 18, 2020. (AA Photo)
by DAILY SABAH Aug 19, 2020 2:28 pm
RECOMMENDED

The decision follows similar moves by the European Union and China. The interior and exterior designs of TOGG’s automobiles were registered by the EU's Intellectual Property Office (EUIPO) in April.

The industrial property rights provided by EUIPO will remain valid until February 2029 – 10 years after the trademark is granted – but could be extended upon application by TOGG.

Meanwhile, TOGG’s design registration applications in the U.S., India and South Korea are still pending approval and expected to be finalized in 2020.

Turkey’s long journey to produce a fully Turkish-made car came to an end on Dec. 27 after it unveiled prototypes of the first fully domestically produced automobile.

President Recep Tayyip Erdoğan unveiled the prototypes of an SUV and sedan, both fully electric and C-segment models. Mass production of the SUV will begin in 2022, with the sedan to follow. TOGG will produce five different models – an SUV, sedan, C-hatchback, B-SUV and B-MPV – until 2030, and own the intellectual and industrial property rights to each.

Turkey last month held a groundbreaking ceremony for the construction of the domestic car plant to be built in northwestern Bursa province.

The national car project will see a fixed investment of over TL 22 billion (nearly $3 billion), and the factory will start mass production in 2022 with an annual capacity of 175,000 units.

In June 2018, five industrial giants – the Anadolu Group, BMC, Kök Group, Turkcell and Zorlu Holding as well as an umbrella organization, the Union of Chambers and Commodity Exchanges of Turkey (TOBB) – joined hands to create the TOGG.