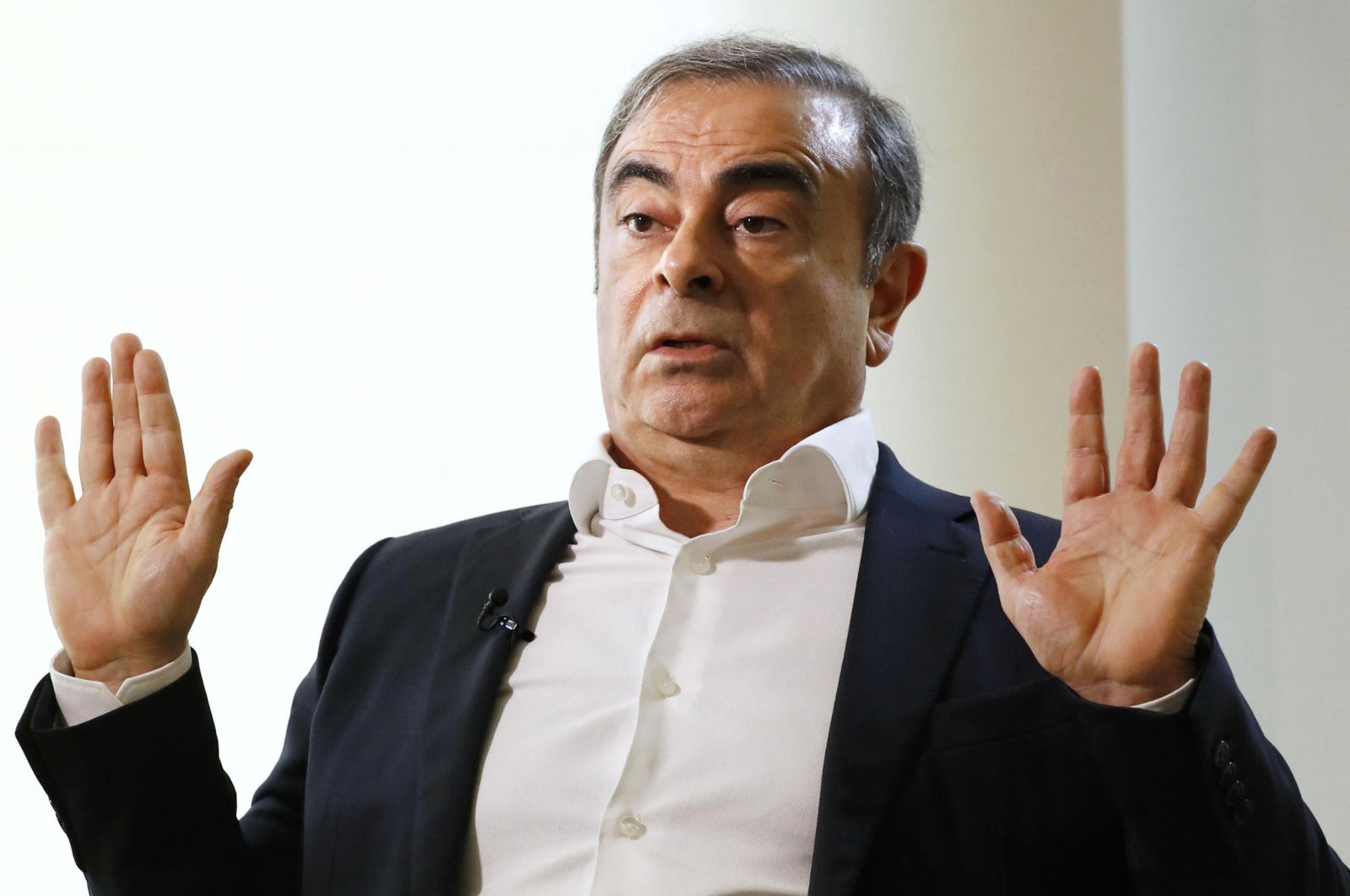 Japanese prosecutors said Thursday they would seek the extradition of a former special forces soldier and his son, arrested in the United States and accused of helping fugitive former Nissan chief Carlos Ghosn jump bail and flee Japan.

Michael Taylor and his son Peter were detained Wednesday in Massachusetts on suspicion of involvement in what prosecutors called "one of the most brazen and well-orchestrated escape acts in recent history."

"We are making preparations including working to cooperate on speedy extradition," Chief Cabinet officer Yoshihide Suga told reporters, acknowledging the arrest of the two men.

"We are making preparations so we can swiftly request their extradition," Takahiro Saito, deputy chief of the Tokyo District Public Prosecutors Office, said in a statement.

The plot to spirit Ghosn away involved "a dizzying array of hotel meetups, bullet train travel, fake personas and the chartering of a private jet," prosecutors wrote in court documents.

They said Peter Taylor had been preparing to travel to Lebanon, where Ghosn fled after sneaking out of Japan last December, allegedly inside a musical instrument case.

Ghosn was out on bail in Tokyo awaiting trial on multiple charges of financial misconduct – which he denies – when he fled the country.

He said after his arrival in Lebanon that he had been forced to escape because he feared he would not get a fair hearing.

Ghosn's escape proved highly embarrassing for Japan, which has sought to extradite both the former Nissan chief and his alleged accomplices.

Lebanon does not have an extradition treaty with Japan and has so far resisted requests for Ghosn's return to Tokyo, but the United States and Japan do have an agreement.

The pair was arrested after being named in a Japanese arrest warrant, and prosecutors argued for their continued detention, warning they posed a significant flight risk.

A judge granted the request, and the pair will be held as Japan prepares its extradition request.

Ghosn had been living in a court-appointed apartment in Tokyo under the strict terms of his release on bail, which also prevented him from using the internet unsupervised or meeting with his wife, Carole.

But despite the restrictions, he was able to move around Japan freely and was given access to one of his passports as the country requires foreigners to carry proof of identification at all times.

According to prosecutors, Peter Taylor met with Ghosn at least seven times in Japan between July and December 2019.

Reports have suggested he and his alleged accomplices carried out extensive research on possible escape routes for Ghosn, eventually settling on Kansai airport near Osaka, where security for cargo was considered weaker.

Michael Taylor and Zayek then entered the country posing as musicians, and on Dec. 29 traveled with Ghosn from Tokyo to Osaka where the three men entered a hotel room near the airport, court documents said.

But only Taylor and Zayek were seen leaving because Ghosn was taken out in instrument cases brought into the hotel room a day earlier.

The cases were allegedly used because large cargo loaded onto private jets at Kansai airport was not routinely scanned, meaning Ghosn could be wheeled onto a plane without detection.

Taylor and Zayek boarded a private plane with the instrument cases bound for Istanbul, where Ghosn then switched to another plane heading to Beirut.

Earlier this month, a lawyer said Turkish prosecutors have prepared an indictment charging seven people, including four pilots and two flight attendants, over Ghosn’s escape via Istanbul to Lebanon after fleeing Japan.

Ghosn was first arrested in Japan in November 2018, and his detention sent shockwaves through the business world.

The auto titan was eventually charged with four counts of financial misconduct over claims he hid compensation and misused Nissan funds.

He has been stripped of his roles at Nissan, Renault and an alliance grouping the firms with partner Mitsubishi Motors.

In a brief statement, Nissan said only it was aware of the U.S. arrests, adding "as previously announced, Nissan finds the former chairman's (Ghosn's) flight from justice extremely regrettable."

The firm added it "continues to reserve the right to take further legal measures as appropriate."