Mercedes owner Daimler to pay $1.5B to US to settle emissions cheating claims 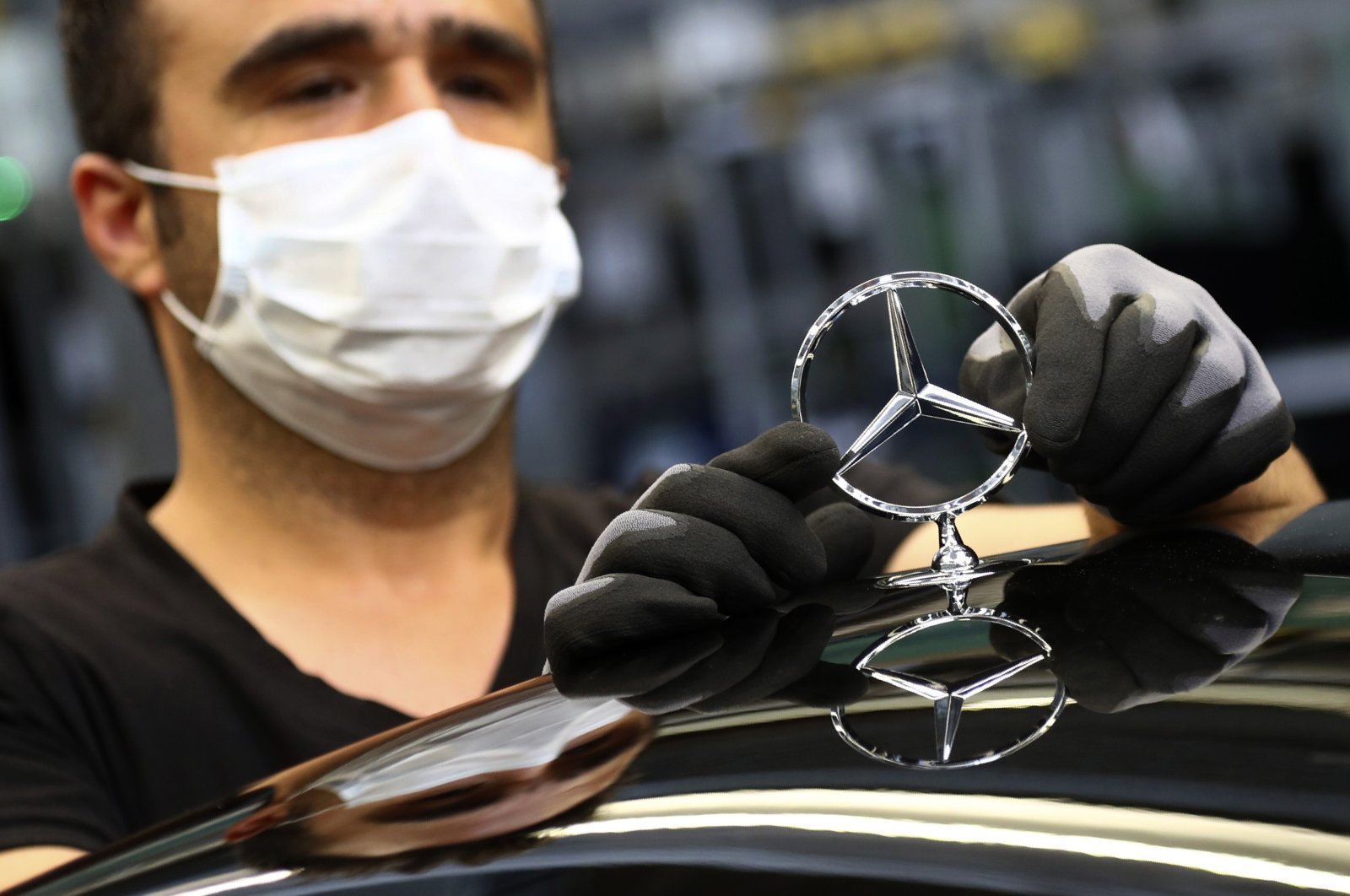 An employee wearing a face mask attaches a Mercedes emblem as he works on an S-class car at the Mercedes plant in Sindelfingen, Germany, April 30, 2020. (AP Photo)
by Associated Press Sep 14, 2020 9:18 pm
RECOMMENDED

The U.S. Department of Justice, Environmental Protection Agency (EPA) and the California attorney general’s office say Daimler violated environmental laws by using so-called “defeat device software” to circumvent emissions testing and sold about 250,000 cars and vans in the U.S. with diesel engines that didn’t comply with state and federal laws.

The settlement, which includes civil penalties, will also require Daimler to fix the vehicles, officials said.

The Stuttgart, Germany-based automaker said on Aug. 13 that it had agreements with the Justice Department, Environmental Protection Agency, Customs and Border Protection, the California Air Resources Board and others over civil and environmental claims involving about 250,000 diesel cars and vans.

Daimler AG said the settlement would bring costs of about $1.5 billion, while the civil settlement will bring a one-off charge of about $700 million. It estimated that “further expenses of a mid three-digit-million” euros would be required to fulfill conditions of the settlements.

But the company didn’t make it clear just how the vehicles would be cleaned up or whether it was accused of any wrongdoing in the U.S. like Volkswagen, which paid $2.8 billion to settle a criminal case due to cheating. Fiat Chrysler also is being investigated for allegedly cheating on emissions.

VW admitted that it turned on pollution controls when vehicles were being tested in EPA labs, and turning them off when the diesel vehicles were on real roads. The company duped the EPA for years before being discovered by a nonprofit climate group and researchers at West Virginia University.

As part of the settlement, officials in California will receive $17.5 million for future environmental enforcement, as well as to support environmentally beneficial projects in the state, officials said.

“Long-term, cheating isn’t the smartest way to market your product. Daimler is finding that out today. But they’re not the first – nor likely the last – to try,” said California Attorney General Xavier Becerra. “Installing defeat device software on your vehicles to deceive emissions regulators doesn’t qualify as doing more. It just means you’ll pay more in penalties once we catch you. And we will, because cheaters really aren’t as smart as they think.”

Daimler's pollution practices also are under investigation in Germany, and civil lawsuits claim the vehicles emitted more pollutants than advertised.

In April 2016, the Justice Department asked Daimler to conduct an internal probe into its exhaust emissions certification process. The request came as the EPA began checking all diesel engines after the Volkswagen cheating was revealed.

Steve Berman, a Seattle attorney who sued Daimler over Mercedes diesel pollution, said in 2016 his firm hired a company to test Mercedes diesels on real roads, finding that they spewed out too much nitrogen oxide almost all the time. Berman accused Mercedes of having software called a “defeat device” that was similar to VWs.

In September 2019, federal prosecutors charged a Fiat Chrysler engineer with rigging pollution tests on more than 100,000 diesel pickup trucks and SUVs sold in the U.S., the first indictment since a wave of similar cases against Volkswagen and its managers.

The alleged scheme is not as large as the Volkswagen emissions scandal, which involved nearly 600,000 vehicles. But the charges showed that investigators are still on the case, months after Fiat Chrysler agreed to a $650 million civil settlement and said it would fix Jeep Grand Cherokees and Ram 1500 trucks with “EcoDiesel” engines made between 2014 and 2016.