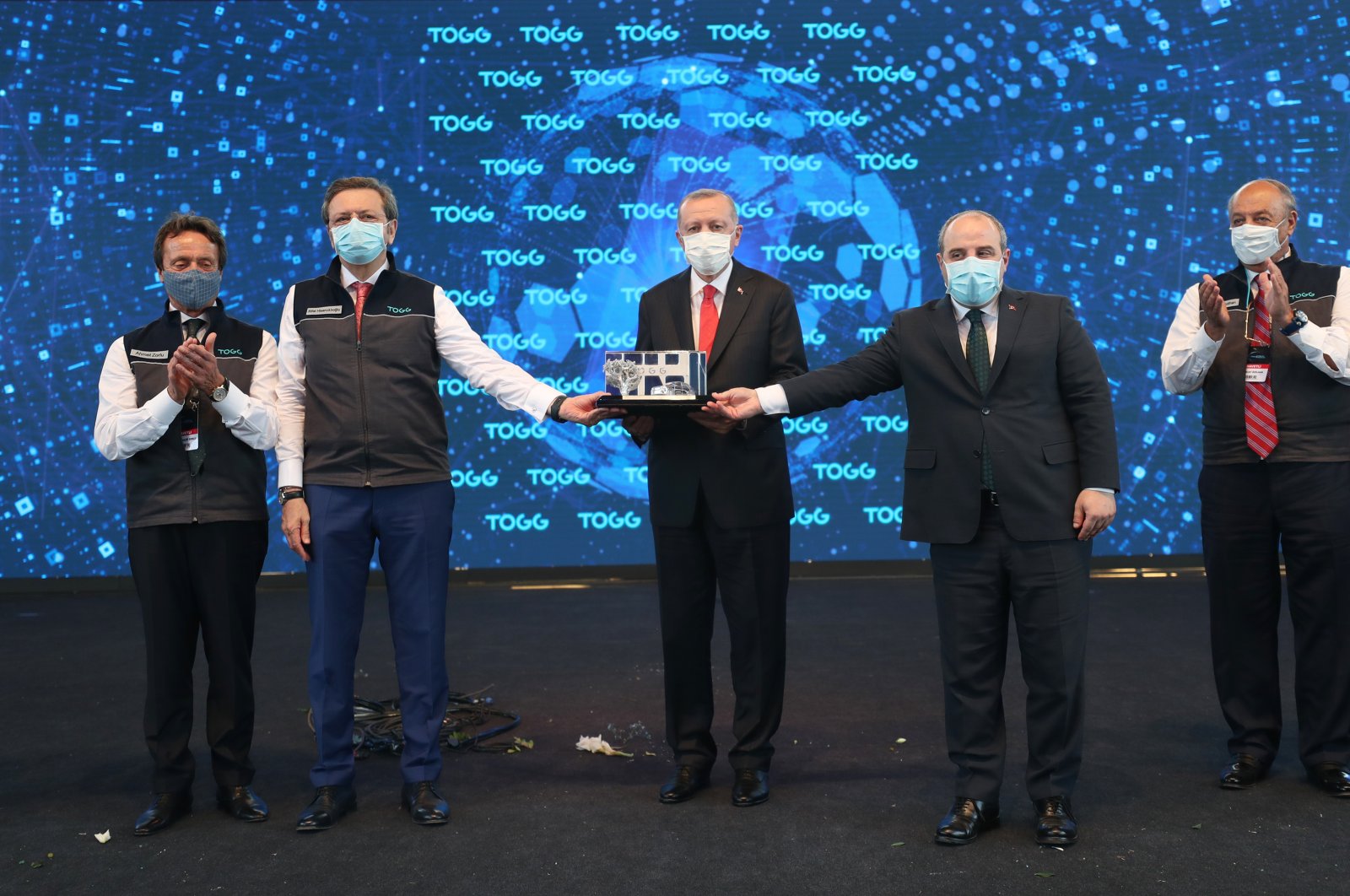 Set to host Turkey's indigenous car engineering, design and production center, the TOGG factory is expected to be completed in 18 months and will start mass production in 2022 with an annual capacity of 175,000 vehicles

The Turkish public on Saturday witnessed another milestone as a groundbreaking ceremony for the construction of Turkey’s first domestic car plant was held in northwestern Bursa province, dubbed the country’s automotive capital.

The event came after the country unveiled prototypes of the first fully domestically produced car in December last year.

During the ceremony, President Recep Tayyip Erdoğan said the construction of the huge production complex "will radically change the perception of a factory in people's minds.”

The plant will host the indigenous car engineering, design and production center.

“We plan to complete the (construction of the) factory in 18 months and take our (first) vehicle from the production line in the last quarter of 2022,” Erdoğan said.

He said he was proud of realizing this huge project in spite of the ongoing coronavirus pandemic, which has claimed thousands of lives around the world.

Erdoğan said that it was a “historic step” to realize a 60-year-old dream to produce the country’s first domestic car.

The country has waited for a long time to have its own car brand. It attempted to produce its first car in 1961 – the Devrim (Revolution) which was unsuccessful after production and was halted following the first prototypes.

The indigenous car project will see a fixed investment of over TL 22 billion ($3.21 billion), and the factory will start mass production in 2022 with an annual capacity of 175,000 units.

“With our product range, technology, business model and suppliers, we (Turkey) are ready to be a major player,” Erdoğan said.

He noted that polls showed that the approval rate for the domestic car project among Turkish citizens stood at more than 95%. “I believe that this project, as a great symbol of the innovative vision of Turkey, will be an inspiration for the younger generations,” the president added.

The factory will employ 4,323 staff, including 300 qualified personnel.

TOGG's electric vehicle platform, all designed by TOGG engineers, will be original and patented.

The platform will provide a structure for maximum efficiency, comfort, durability and safety. The indigenous car will also be supported by the government with tax discounts and incentives.

‘More than a factory’

The first indigenous car plant is more than just an automobile factory, Gürcan Karakaş, the CEO of TOGG, said in his address at the ceremony.

It will have centers for research and development and a customer experience park, Karakaş noted.

The factory is designed to take environmental concerns into consideration. The country’s Environment and Urbanization Ministry at the beginning of June approved the environmental impact assessment (EIA) for the plant.

It also incorporates a smart production network with real-time data and the Internet of Things (IoT).

He said one of the most important issues for electric vehicles is the battery.

"We have come a long way in the development of the battery and e-power unit architecture. We have almost reached completion of the design of our high-tech battery that will provide over 300 to 500 kilometers (190 to 300 miles) of range with different packages."

He said the factory will produce 1 million vehicles in five different models until 2030.

Stating that 93% of TOGG’s supplier selection has been completed, Karakaş underlined: “Among our selections, 78% of them are from Turkey and 22% of them are European and Asian companies.”

Rifat Hisarcıklıoğlu, TOBB head and the board chairman of TOGG, said: “As the automotive world is changing shape, Turkey will become a very important player at the table.”

“Hopefully, we will now be on the winning side. Because this automobile belongs to 83 million people, because it will not only be produced in Turkey, but also its trademark, patent and design will be completely ours,” he added.

Industry and Technology Minister Mustafa Varank said the car designs were registered in the European Union and China after it was announced last December.

Turkey already exports cars made domestically by firms such as Ford, Fiat Chrysler, Renault, Toyota and Hyundai to Europe. But the cars are made by global autos firms, usually in joint ventures with local partners.