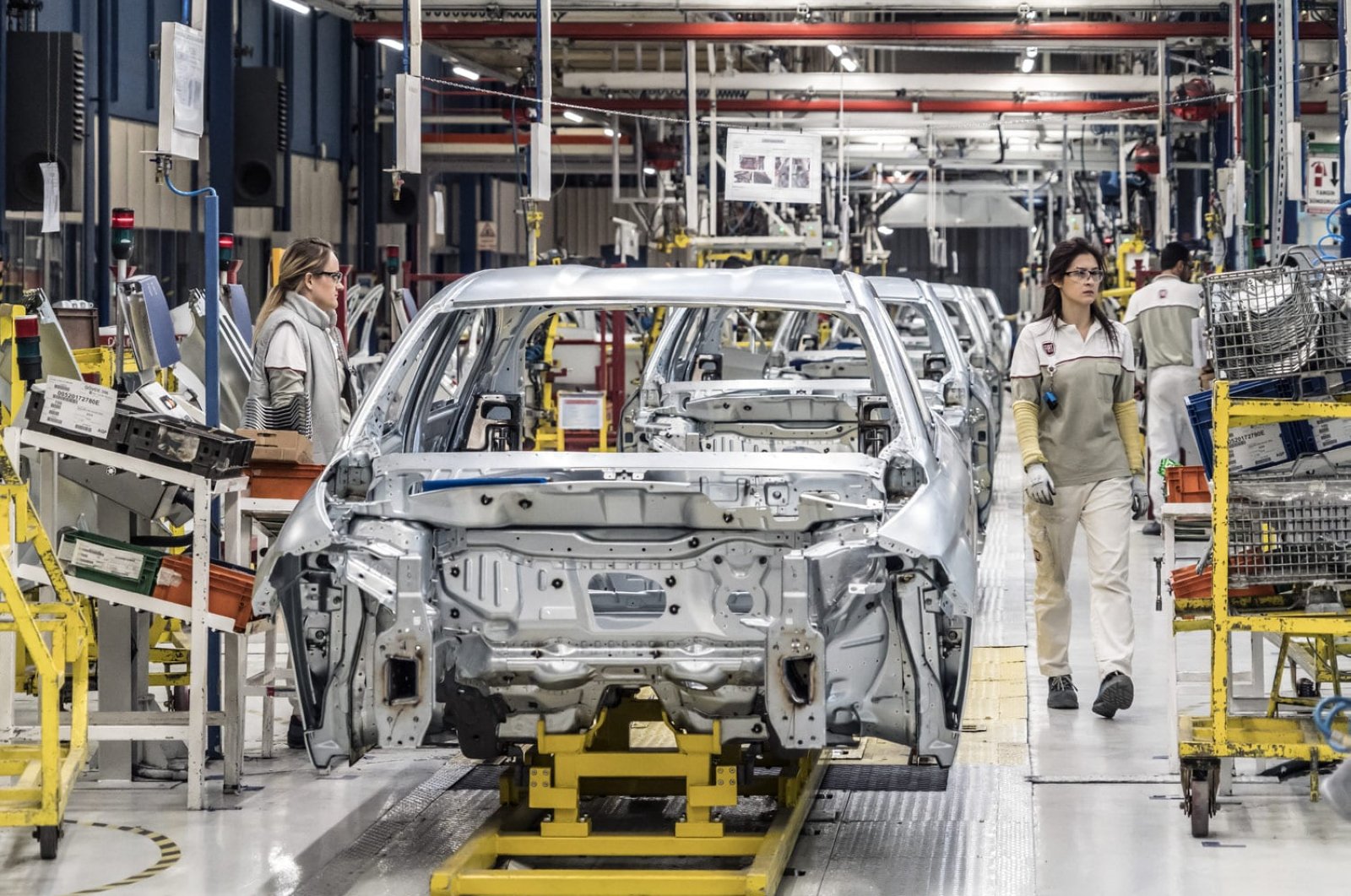 Factories are resuming operations one after another in the Turkish automotive industry, which halted production countrywide as part of the measures taken against the novel coronavirus outbreak.

Meanwhile, Ford Otosan and Tofaş will start operating on May 4, followed by Toyota Turkey on May 11. Some 9,927 people resumed work in the factories that began production Monday, bringing the total number to around 25,710 including the employees in the factories that recently commenced operations.

Although last week there were disruptions due to the two-day lockdown, the factories produced enough to catch up with both domestic and international orders. Production at Honda Turkey's Şekerpınar plant in the industrial province of Kocaeli resumed on April 20 following a four-week break.

Working at full capacity in two shifts, Honda Turkey is making production plans for both the domestic market and abroad. The company gives priority to orders sold in February, March and April. Meanwhile, it plans to compensate for the loss of production due to the coronavirus pandemic by the last quarter of the year.

Hyundai Assan, the production base of the i10 and i20 models, resumed operations mainly for export markets. However, it seems that it will take time for the production figures to reach pre-outbreak levels.

Hyundai Assan, whose main export markets are Germany, the United Kingdom and Italy, has reaped the fruits of exporting to more than 40 countries. While the company's main export markets have narrowed, it continues to produce for alternative markets.

Automotive supplier companies have also started production. Brisa resumed production on April 20 at the İzmit and Aksaray plants. While Pirelli also started operating Monday, Bosch will commence operations on May 4, followed by Federal-Mogul on May 5.

On the other hand, the pandemic has particularly hit the auto market in Europe, where car sales tanked amid strict lockdown measures to contain the coronavirus that shut down dealerships for at least half of March and dried up consumer spending.

According to the ACEA data, 3.54 million cars have been sold in the European Union and European Free Trade Association (EFTA) markets in the first quarter.

Italy took the biggest hit with new registrations falling by 35.5% to 347,193 vehicles, followed by France, where sales fell by 34.1%, data showed.

Austria was also particularly hard hit with a 32.4% drop, as were the United Kingdom and Spain, where sales tumbled 31% in the first quarter to 483,557 and 218,705 vehicles, respectively.

In Germany, where restrictions have been less onerous, sales fell by 20.3%, recording the largest sales across Europe with more than 700,362 new car registrations – a proxy for sales.

All carmakers suffered, but Fiat Chrysler saw the worst drop, at 76.6%, as it is heavily dependent upon Fiat's home market of Italy.

VW Group remained the top-selling automaker in Europe and even saw its market share increase to 26.6% in the first quarter of the year with just over 660,000 sales.

Despite the dramatic drop across European markets, Turkey has become one of the three countries that increased auto sales in the first quarter along with Lithuania and Greek Cyprus.

According to the Automotive Distributors' Association (ODD) data, passenger car sales jumped 45% year-on-year to 99,630 in the first three months. Most of the increase happened in the first two months, while in March, the last two weeks of which saw nearly all auto production halted due to the pandemic, the automotive market saw a slight rise of 1.6% on an annual basis, selling just over 50,000 vehicles.

Sector representatives recently said that at the beginning of 2020, there was a period in which demand surpassed supply, but due to the onset of the coronavirus measures, they expect April to be the month with the biggest stagnation.