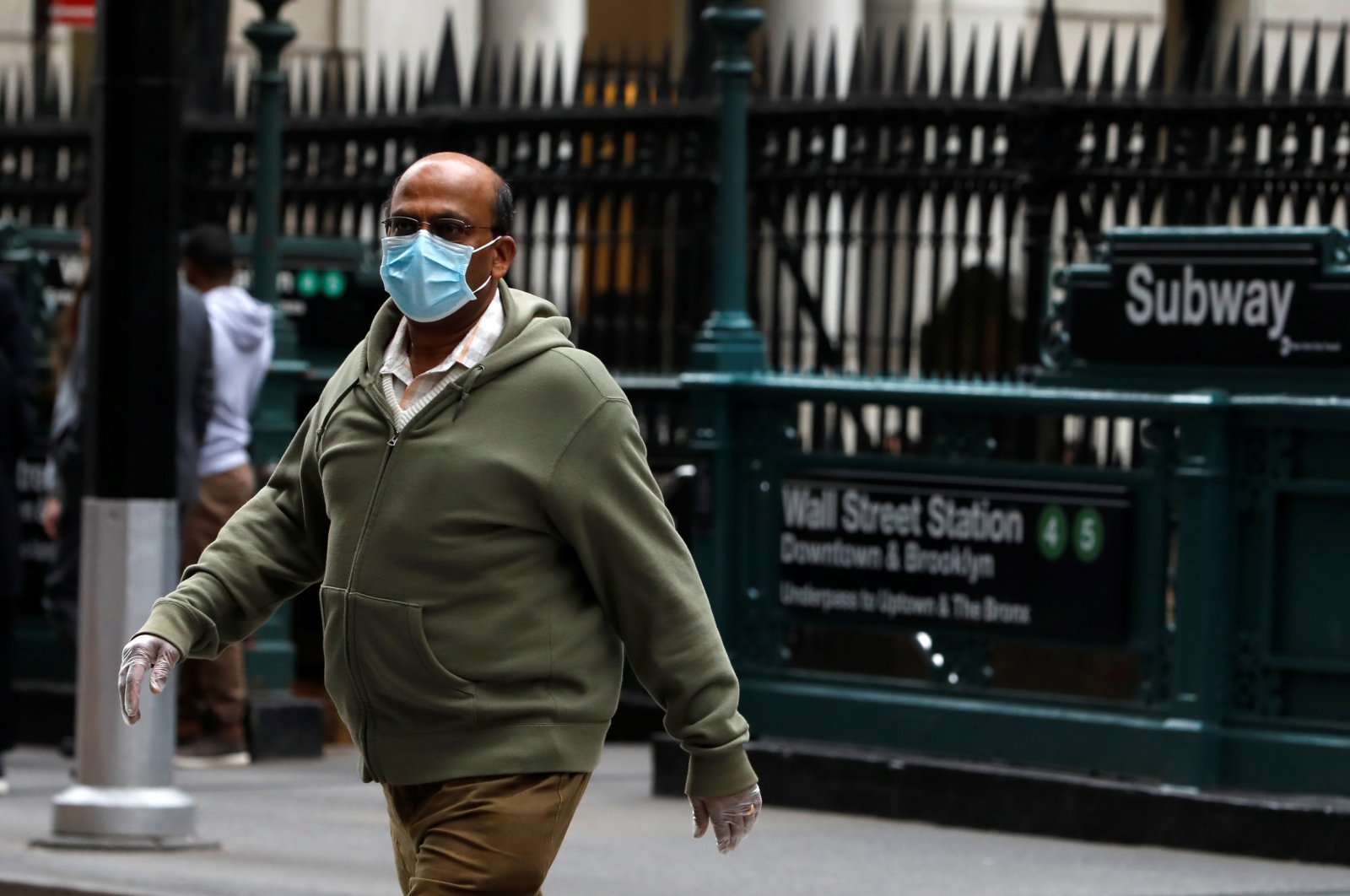 A man in a surgical mask and rubber gloves crosses Broadway in front of the Wall Street subway station after more cases of coronavirus were confirmed in New York, March 10, 2020. (Reuters Photo)
by DAILY SABAH Mar 11, 2020 11:31 am

The New York International Auto Show has been postponed due to the evolving coronavirus outbreak in the U.S, the Greater New York Automobile Dealers Association, which owns and operates the show, announced Tuesday.

The fair, which is expected to open its doors to press members on April 8, decided to open it to the press on Aug. 26-27 and to the public between Aug. 28 and Sept. 6.

“We are taking this step to protect all our participants from the coronavirus,” said the president of the New York International Auto Show Mark Scheinberg.

This is the first time the fair was rescheduled since World War II, the spokesman for the Greater New York Automobile Dealers Association said.

Organizers of the New York International Auto Show followed their colleagues and joined a growing list of events that have been canceled or postponed around the world due to the global pandemic.

The U.S. has more than 1,000 confirmed cases of the deadly virus, according to a running tally by Johns Hopkins University. Twenty-eight people have died, 23 of those in Washington state, the other U.S. virus epicenter.

The new coronavirus cases of unknown origin mark an escalation of the worldwide outbreak in the U.S. because it means the virus could spread beyond the reach of preventative measures like quarantines, though state health officials said that was inevitable and that the risk of widespread transmission remains low.