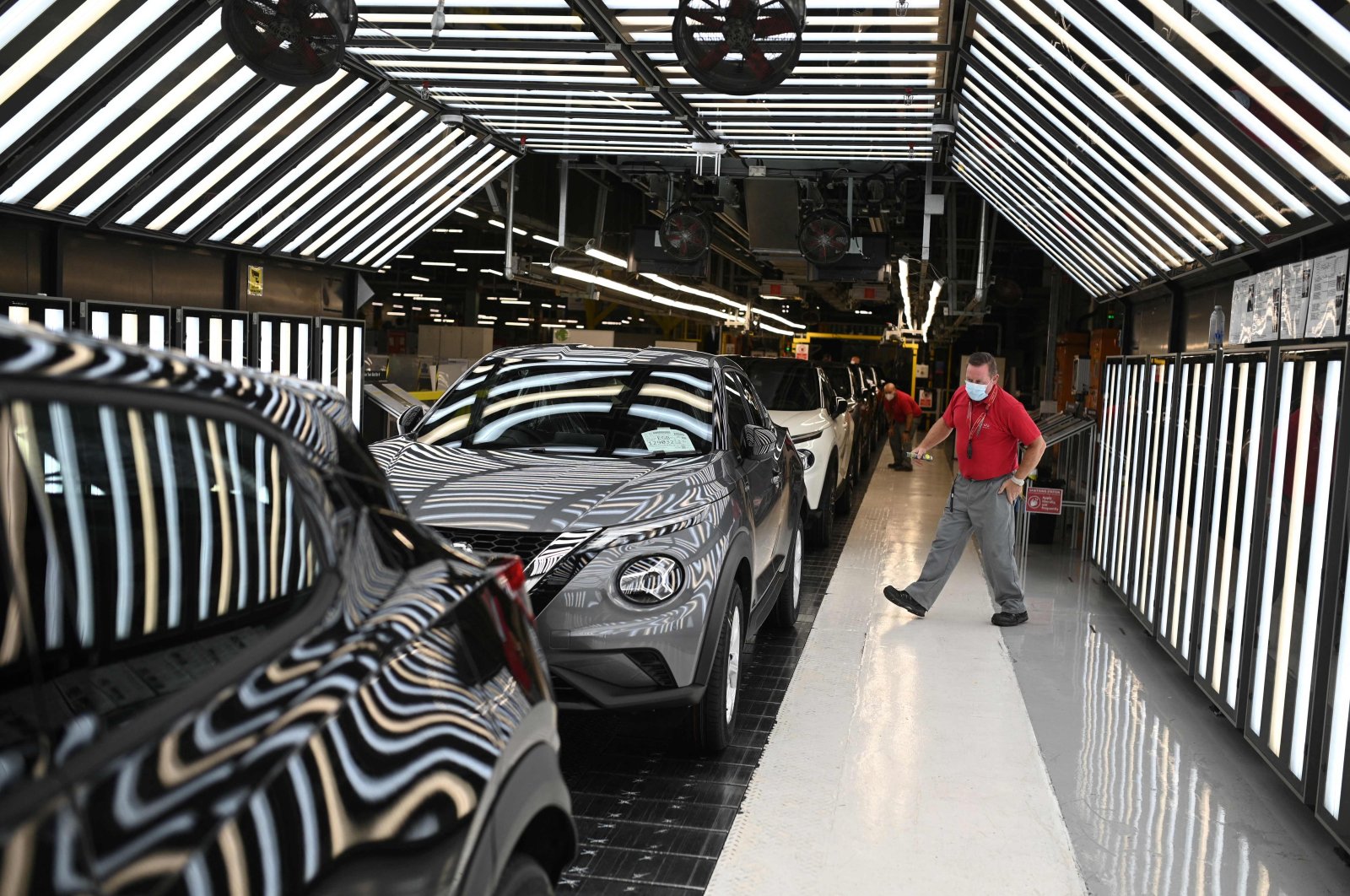 Nissan Thursday announced plans for a vast battery gigafactory in northeast England, where the Japanese carmaker will manufacture a new electric vehicle as companies and governments accelerate away from fossil-fuel cars.

The move marks a major victory for the U.K. government’s efforts to attract jobs and investment following the country’s departure from the European Union.

Prime Minister Boris Johnson hailed the post-Brexit investment totaling 1 billion pounds ($1.4 billion) at Nissan's largest European factory that is set to create 6,200 jobs as "a major vote of confidence in the U.K."

Nissan's Chinese battery supplier Envision AESC will invest 450 million pounds to build the battery plant that will be run on renewable energy and power up to 100,000 Nissan electric vehicles per year.

The facility, which will be built next to Nissan's factory in Sunderland, was hailed as key to the U.K.'s transition away from high-polluting fossil fuel vehicles.

The Japanese auto giant is to spend up to 423 million pounds on Britain's all-electric EV36Zero project, while Sunderland City Council will help to bring the total amount of investment up to 1 billion pounds.

"This is a landmark day for Nissan, our partners, the U.K. and the automotive industry as a whole," said Nissan's Chief Operating Officer Ashwani Gupta, stood next to a line of newly-made Nissan vehicles awaiting their final inspections.

Nissan, which had previously warned that a no-deal Brexit would threaten its 35-year-old Sunderland factory, said the new investment represents 6,200 jobs at the Japanese group and its U.K. suppliers.

There will be 900 new Nissan jobs and 750 new Envision AESC jobs.

"This is a huge step forward in our ambition to put the U.K. at the front of the global electric vehicle race," said U.K. Business Secretary Kwasi Kwarteng.

"The cars made in this plant, using batteries made just down the road at the U.K.'s first at scale gigafactory, will have a huge role to play as we transition away from petrol and diesel cars."

The U.K. government, which hosts the U.N.'s climate change summit in November, plans to ban sales of fossil fuel cars from 2030 as part of efforts to reach net-zero carbon emissions by 2050.

Europe now has projects to build dozens of gigafactories that could potentially produce 16.7 million battery-electric vehicles by 2030, according to Transport & Environment, a nongovernmental organization (NGO).

Volvo and Swedish startup Northvolt announced last week they were joining forces to build a new battery factory in Europe.

"U.K. and European carmakers are engaged in a race to develop capacity to produce battery electric cars," Peter Wells, an expert on the auto sector, told Agence France-Presse (AFP).

Nissan established Britain's first electric vehicle and battery production at Sunderland in 2013 with its Leaf car.

The company has more recently faced a series of trials, from weak demand during the pandemic to the fallout from the arrest of former boss Carlos Ghosn, now an international fugitive after jumping bail and fleeing Japan.

It has delayed the planned summer launch of its flagship new electric Ariya model to this winter over the global chip shortage plaguing automakers.

Announced in July 2020, the new 100% electric model was initially supposed to go on sale in Japan from mid-2021, before arriving in Europe, North America and China by the end of the year.

In the U.K., Lei Zhang, founder and chief executive officer of Envision Group, said his company was building on its long-term partnership with Nissan "to make high performance, longer range batteries for electric vehicles affordable and accessible for millions more motorists."