Nissan to shut plants in Indonesia, Spain after 1st annual loss in 11 years 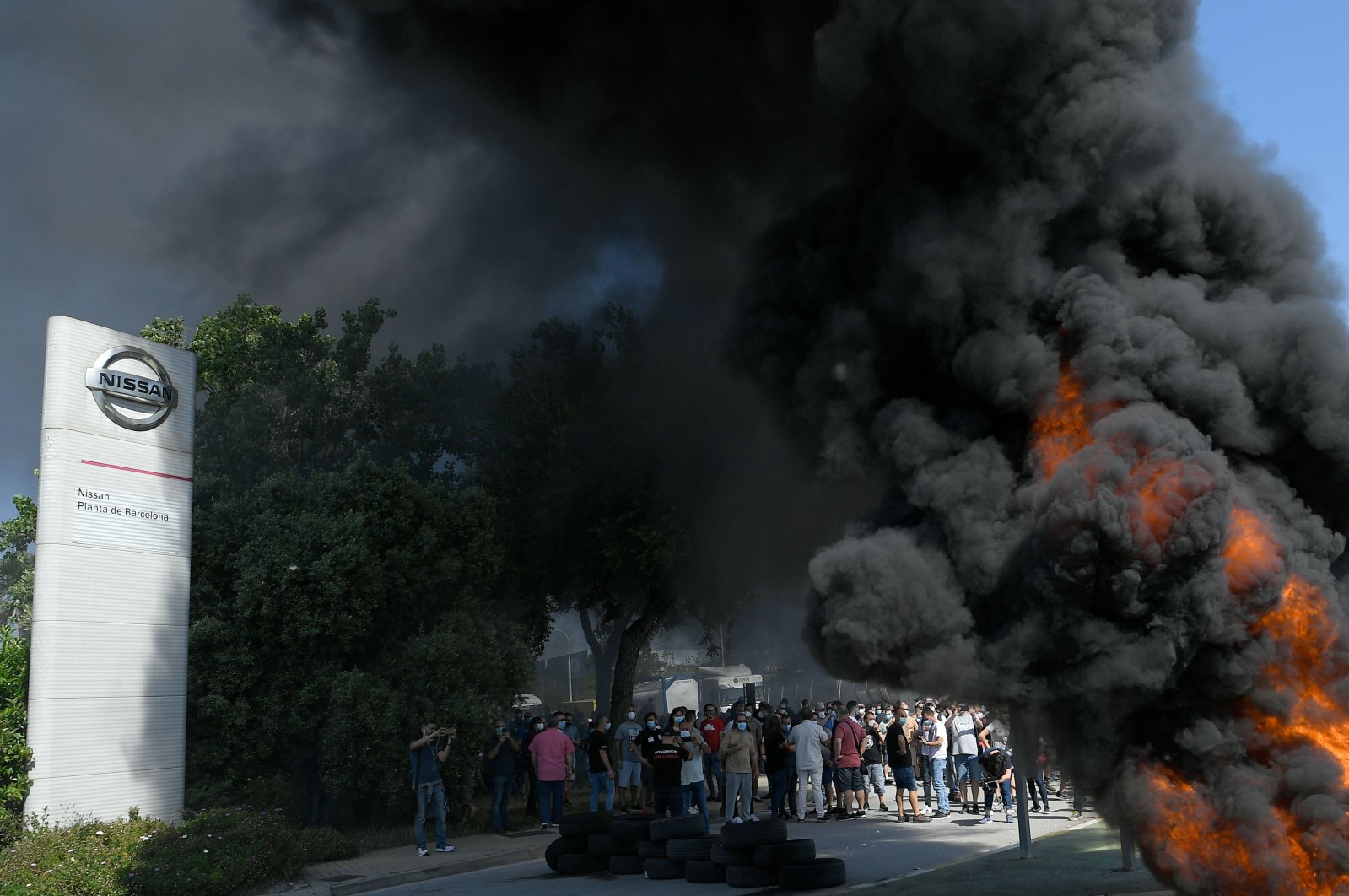 Nissan announced Thursday it will close two auto plants, in Spain and Indonesia, as it sank into the red for the first time in 11 years after the coronavirus pandemic sent global demand plunging and halted production.

Nissan’s Chief Executive Makoto Uchida told reporters the production in Europe will be centered at the British plant in Sunderland, and the production in Indonesia will move to Thailand, as the Japanese automaker reduces global production by 20%.

Its sales for the fiscal year ended in March sank nearly 15% to 9.9 trillion yen.

“The future remains unclear and it is extremely hard to predict,” Uchida said.

Nissan had spent much of the past year seeking to patch up its tarnished reputation, damaged by the November 2018 arrest of former Chairman Carlos Ghosn over financial misconduct allegations, including under-reporting future compensation and misusing Nissan money.

Nissan, which makes the Leaf electric car, X-Trail sport utility vehicle and Infiniti luxury models, also appeared to be beset by confusion at the top managerial levels for some time. Ghosn, sent in by Renault in 1999 when Nissan was near-bankrupt, had been such a major figure at Nissan’s helm for so many years.

The coronavirus outbreak came on top of such woes.

Uchida acknowledged Nissan was not yet able to give a financial projection for this fiscal year through March 2021. But he said financing had been secured and various measures to cut costs were underway, and the company will reshape its operations to restore profitability.

He vowed Nissan would build on its core strengths, including reducing models as well as focusing on certain geographic areas, such as the domestic Japanese market, as well as China and the U.S., to achieve efficiency and profitability, rather than chasing sales size.

“We will admit our errors of the past and steer into the future in the correct way, without hesitation,” said Uchida.

Earlier Thursday, Spain’s government said Nissan’s decision to close manufacturing in the northeastern Catalonia region would result in the loss of some 3,000 direct jobs. The Industry Ministry urged Nissan to reconsider.

Workers’ unions have warned 20,000 more jobs in Nissan’s supply chain in Spain would also be at risk if Nissan went ahead with the closure of its car manufacturing plant in Barcelona and two smaller factories in nearby towns.

Like other automakers, Nissan has been also hurt by the sales decline in the U.S., a key profitable market.

On Wednesday, the top executives of Renault of France, Nissan and smaller Japanese automaker Mitsubishi Motors Corp. held a joint news conference to underline the message that the two-decade alliance remained strong.

Seeking to ally doubts about the alliance unraveling, which has loomed after the Ghosn scandal, the executives said they will further share purchasing, development and technology to save costs and stay competitive.

Nissan has repeatedly sought to distance itself from the Ghosn scandal. Ghosn’s successor Hiroto Saikawa has also resigned after allegations surfaced about dubious income.

Ghosn has insisted on his innocence, saying his personal enemies concocted the allegations to get him removed. He fled to Lebanon late last year, skipping bail while awaiting trial. Ghosn said he escaped because he couldn’t expect a fair trial in Japan.