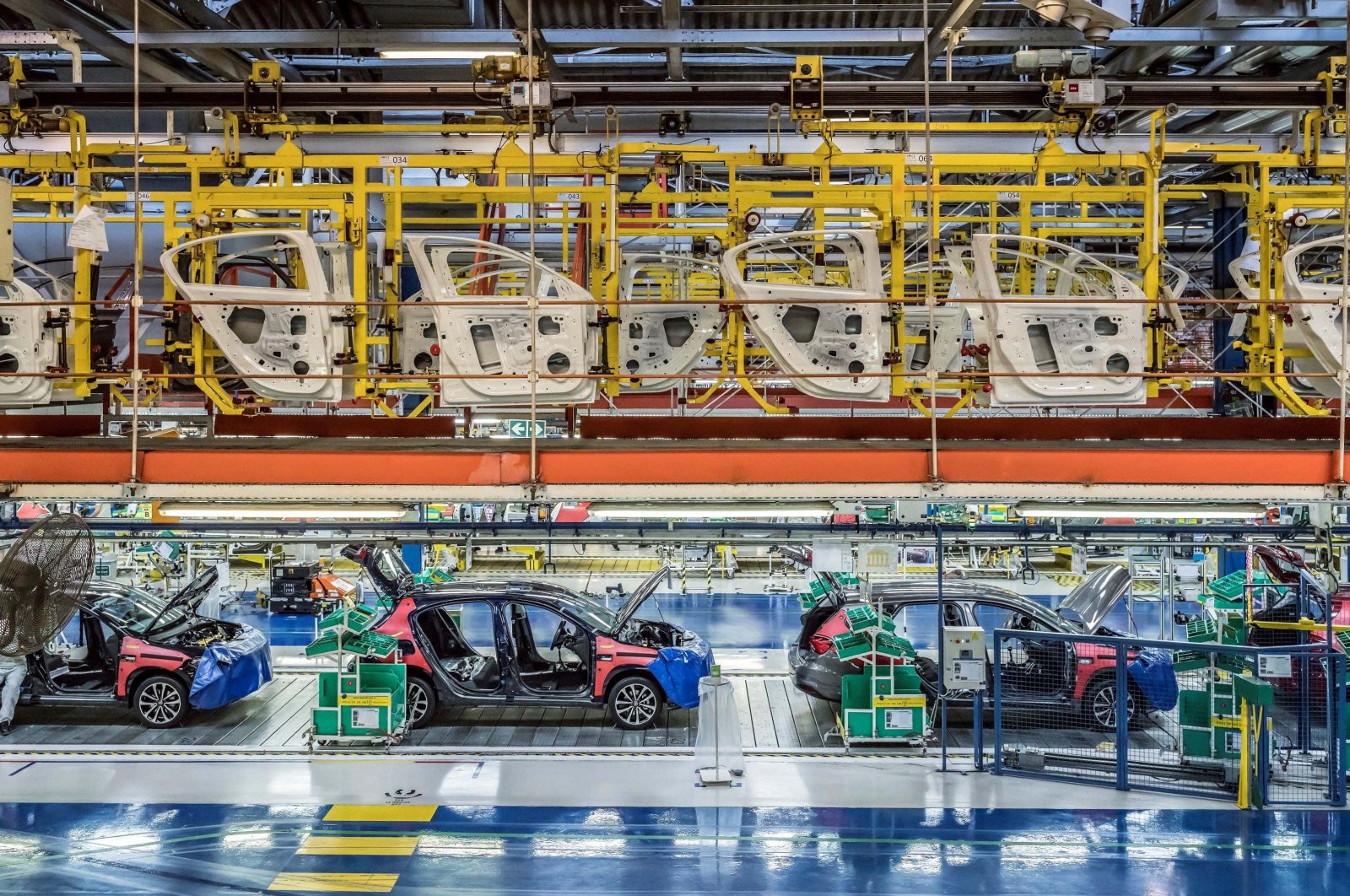 According to data from the Uludağ Automotive Industry Exporters Association (OIB), the industry’s exports totaled $2.1 billion (TL 14.4 billion) and accounted for 15.4% of the country’s overall exports in March. March figures are consistent with the downward trend started in the first quarter, which recorded a 10% decline in foreign sales compared to the previous year.

In March, passenger car exports decreased by 33% to $789 million, while exports of auto parts fell by 19% to $770 million on a year-on-year basis, data showed.

Exports of car parts to Germany, the biggest market for both Turkish auto parts and passenger cars, have declined by 22%, followed by a 42% fall in exports to France. Exports to the U.K. and Italy decreased by 28% and 34%, respectively.

The suspension in car production across the world due to the pandemic has also impacted the domestic supply of cars, with dealers finding it difficult to respond to demand.

Toyota Turkey's CEO Ali Haydar Bozkurt told Anadolu Agency (AA) on Sunday that the stock availability of their dealers has reached a low of 300 to 400 cars. “Unfortunately, the sale of new vehicles will not be possible until production starts again, or a very limited number of cars will be sold only.”

Bozkurt said no estimations could be made for April sales or for upcoming months before the automakers resume production and the government eases lockdown measures on people’s movements, which have negatively impacted demand.

The global automobile industry has been one of the most severely hit by the pandemic and has essentially been shut down, forcing carmakers around the world, including in Turkey, to shutter their factories and temporarily suspend production.

Sector representatives recently said that at the beginning of 2020, there was a period in which demand surpassed supply, but due to the onset of the coronavirus measures, they expect April to be the month with the biggest stagnation.