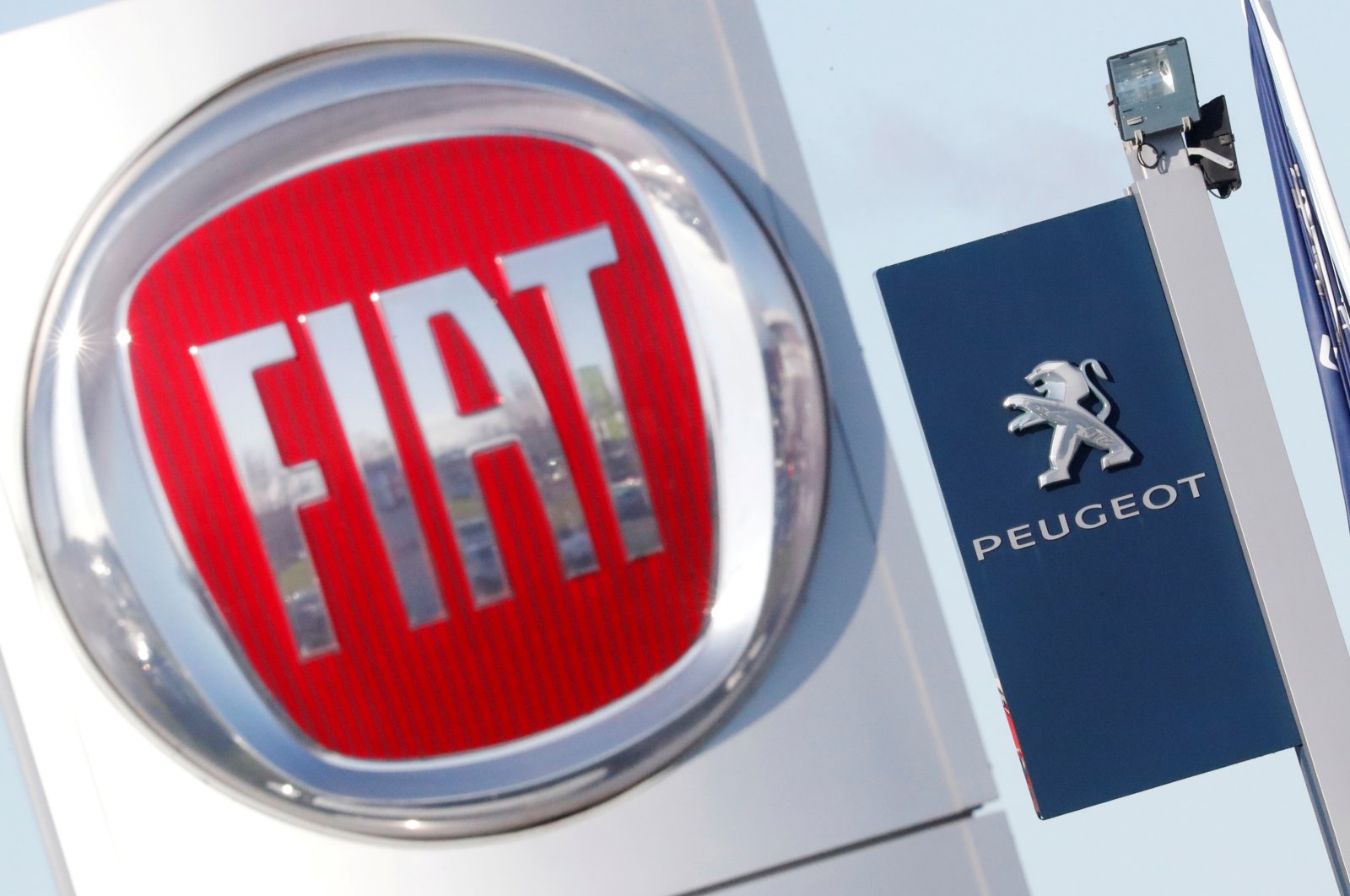 The logos of car manufacturers Fiat and Peugeot are seen in front of dealerships of the companies in Saint-Nazaire, France, Nov. 8, 2019. (Reuters Photo)
by ASSOCIATED PRESS Jan 04, 2021 3:03 pm
RECOMMENDED

The marriage of carmakers PSA Peugeot and Fiat Chrysler Automobiles is built on the promise of cost-savings in the capital-hungry industry, but what remains to be seen is if it will be able to preserve jobs and heritage brands in a global market still suffering from the pandemic.

PSA Peugeot shareholders on Monday overwhelmingly approved the deal to create the world’s fourth-largest carmaker, to be called Stellantis, with the capacity to produce 8.7 million cars a year, behind Volkswagen, Toyota and Renault-Nissan, and create 5 billion euros (6.147 billion) in annual synergies. Fiat Chrysler shareholders vote later in the day.

"We are fully aware of the fact that together we will be stronger than individually,'' PSA CEO Carlos Tavares told a virtual gathering of eligible shareholders. “The two companies are in good health. These two companies have strong positions in their markets.”

The new company will put together under one roof French mass-market carmakers Peugeot and Citroen, top-selling Jeep and Italian luxury and sports brands Maserati and Alfa Romeo – pooling companies that have helped define the industry in the United States, France and Italy.

While the tie-up is billed as a merger of equals, the power advantage goes to PSA, with Tavares running Stellantis and holding the tie-breaking vote on the 11-seat board. Tavares is set to take full control of the company early this year, possibly by the end of January.

Fiat Chrysler chairman John Elkann, heir to the Fiat-founding Agnelli family and Fiat Chrysler’s biggest shareholder, will be the Stellantis chairman. Fiat Chrysler CEO Mike Manley will head North American operations, which is key to Tavares' long-time goal of getting a U.S. foothold for the French carmaker he has run since 2014, and the clear money-maker for Fiat Chrysler.

Such a deal was long wanted by Fiat Chrysler’s long-time CEO Sergio Marchionne, who had predicted the necessity of consolidation in the industry. He was unable to find a deal before his sudden death in July 2018.

Tavares comes into the new role with a reputation as a cost-cutter and skilled manager, qualities he put to use as head of Nissan’s North American operations from 2009 to 2011 and in integrating Opel and Vauxhall into the PSA Peugeot family after buying them in 2017. Experts say he is likely to follow a blueprint that showed little tolerance for vehicles or ventures that didn’t make money.

That could put into the crosshairs any of the 14 car brands that Stellantis will house, five from PSA and nine from Fiat Chrysler. The two companies also have significant overlaps in their manufacturing and engineering operations in Europe.

Analyst Patrick Hummel from UBS bank said he expected “immediate action to be taken right after closing, for example by bringing FCA’s European product on the PSA architectures.”

Still, analysts point out that gaining cost-savings is only the first of many that the new company will face. Both PSA and Fiat Chrysler enter the new union with poor records and infrastructure in China, and both are lagging in electrified powertrains, requiring investments that will off-set some of the savings.

PSA has set a goal of having all-electric or hybrid powertrains on its entire model range by 2025, while Fiat Chrysler has committed to electrifying 30 of its models by 2022.

Meeting those challenges will take more than restructuring prowess, said Ferdinand Dudenhoeffer of the Center for Automotive Research in Germany.

“Carlos Tavares is a restructuring guy. He knows how to restructure, but he has no ideas for a new tack,” he said.