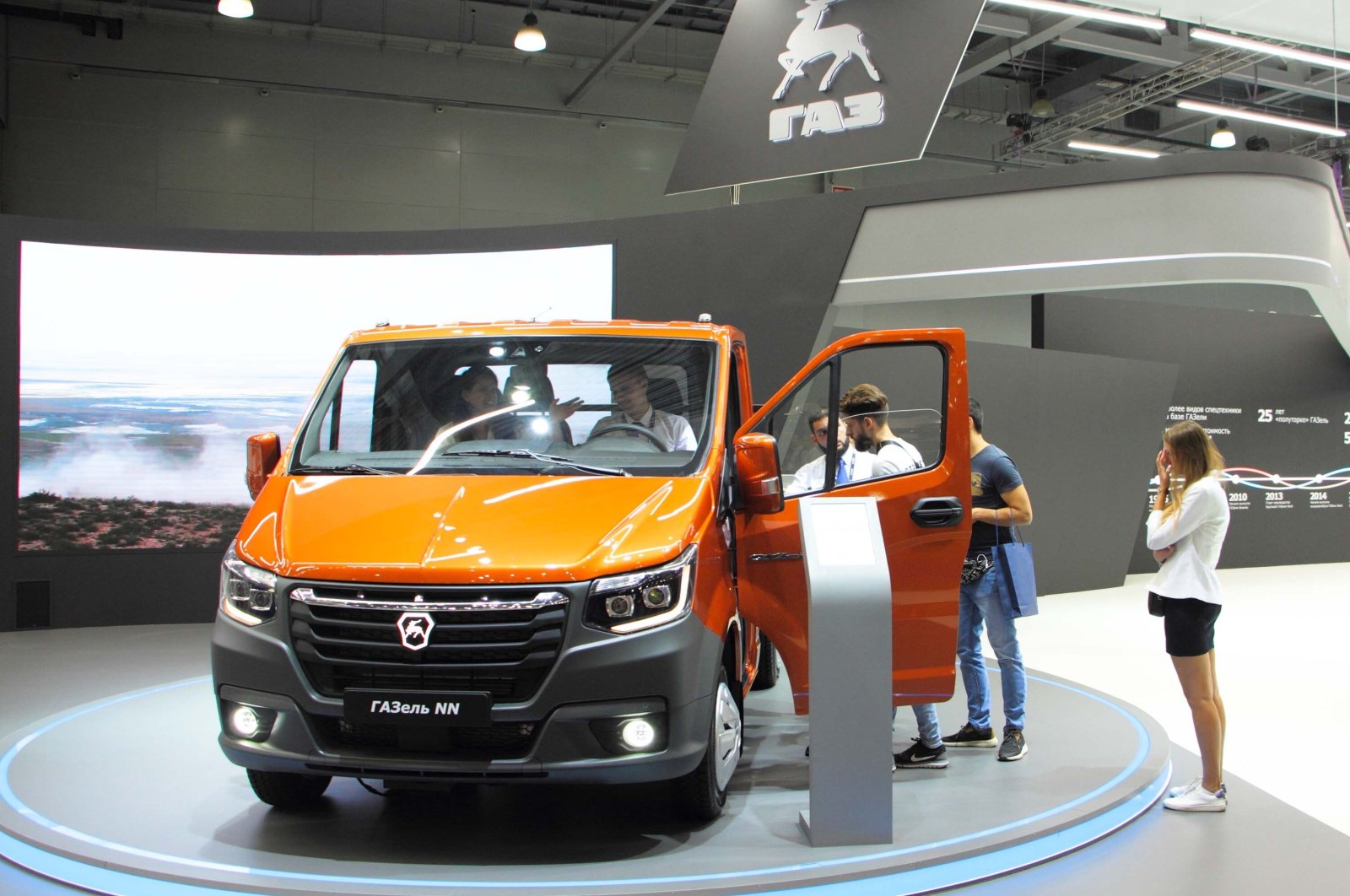 The group's statement on Monday said that the brand's GAZelle NN model’s single cabin (1+2) long chassis pickup truck will initially be manufactured in the assembly line in Sakarya and will be added to the market.

The vehicle is set to be the first Russian-origin light commercial vehicle compatible with the Euro-6 standards.

The company statement noted that the GAZelle NN vehicles will also be available for Russian customers in the future who prefer environmentally friendly vehicles.

The first versions to be sold in Turkey will be of the three-seater variety and have a 3.5-ton capacity, a 3,745 millimeter (12 foot, 4 inch) wheelbase chassis and different superstructure options with the support of local suppliers.

Stating that Turkey is the first subsidiary of GAZ Group outside of Russia, GAZ Turkey General Manager Cengiz Yüksel said the GAZelle NN is a product that their customers in Turkey have been anticipating for a long time.

“First of all, new engines suitable for the Euro-6 class are used in these cars. Secondly, just like other GAZ products, the new model significantly expands our possibilities thanks to its excellent functionality combined with the legendary durability of Russian cars. We will soon start producing four more modifications of box body trucks on the NN platform in Turkey,” he said.

The company official noted that “tilted or closed boxes can be installed on our vehicles with local superstructure manufacturers contracted by our dealers, up to a cargo capacity of 22 cubic meters."

It was also noted that the transmission life of the vehicles, which will be produced with the six-speed joystick transmission developed in-house by GAZ, was upgraded to up to 300,000 kilometers (186,000 miles).

This type of transmission, which improves the traction and dynamic characteristics of the loaded vehicle, and also reduces fuel consumption, noise and vibration levels, is the new product of the GAZ Group.

The Cummins Euro-6 2.8L diesel engine under the hood of the vehicle clocks in at 170 horsepower and has a torque value of 360 Nm.

Leonid Dolgov, export director of the GAZ Group, also said that the vehicles will be on the market at competitive prices and will offer good opportunities for the customers in Turkey, the main export market of the group.