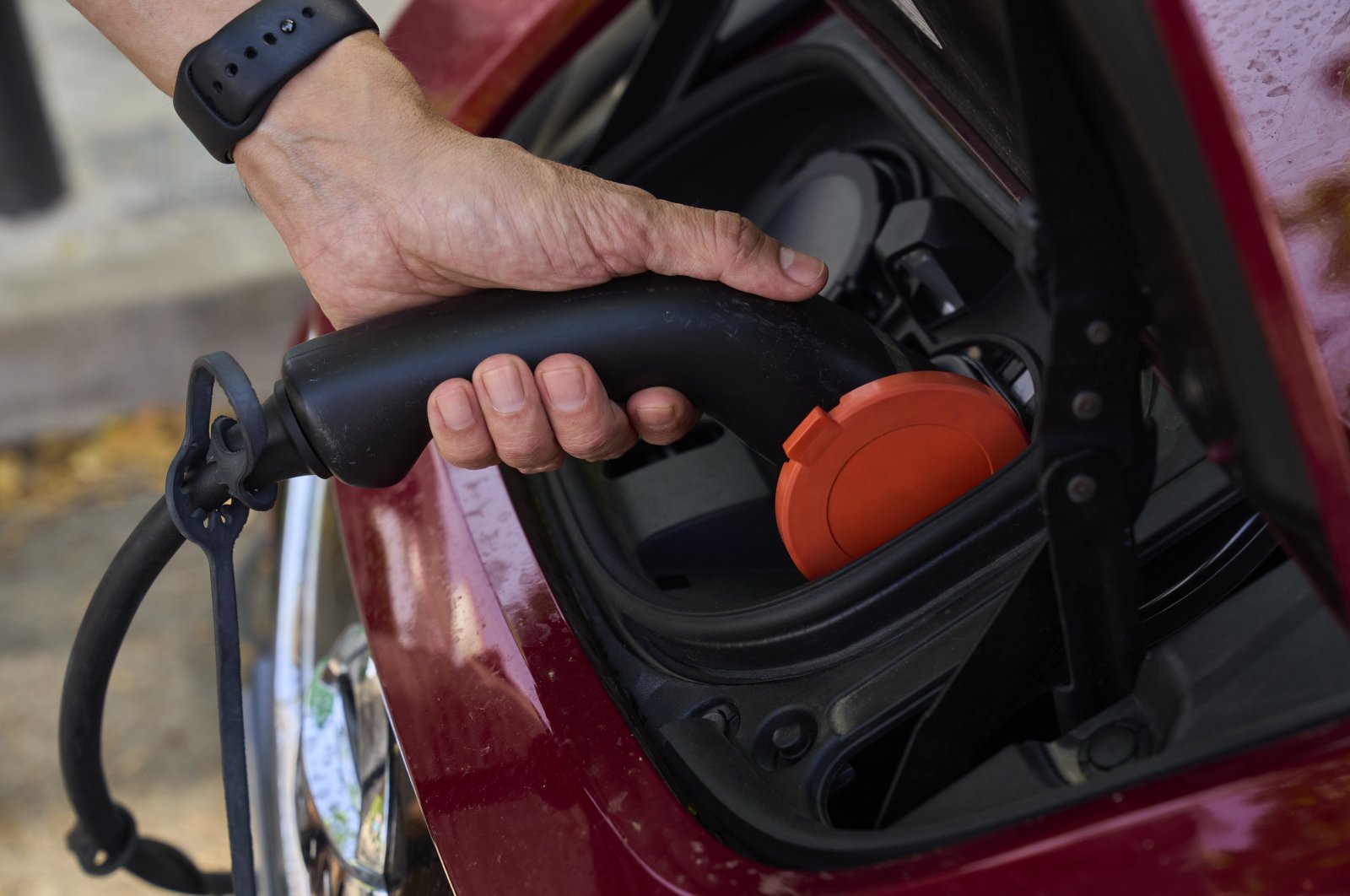 Daniel Sánchez is one of the luckier electric car owners in Spain. With a free recharging station within spitting distance of his home just north of Barcelona, he can keep his Tesla ready to roll.

“I cannot imagine stopping at a gas station ever again," the 41-year-old transport company owner said. "We feel like those people who got off a horse-drawn carriage and climbed into a car. There is no going back.”

Other Spaniards are considerably less enthusiastic. The dearth of places to plug in, compared to western and northern Europe, and the price of electric cars have left Spain lagging as the continent races to get greener.

Now the government wants to usher the entire country into this new paradigm.

The ruling left-wing coalition plans to use a chunk of the 140 billion euros ($166 billion) Spain is set to receive from the European Union’s pandemic recovery plan to kickstart its electric car industry.

European Commission President Ursula von der Leyen is set to visit Madrid on Wednesday while Spain awaits the approval of its plan by Brussels. She will meet with Prime Minister Pedro Sánchez, who has compared the EU Next Generation funds to a “new Marshall Plan.”

Spain’s Secretary of State for Industry Raül Blanco told The Associated Press (AP) that the government is aiming at spending around 5 billion euros over the next three years on its electric vehicle initiative.

Spain produced 2.2 million cars and trucks in 2020, second only to Germany in Europe. But only 140,000 of these were electric or hybrids, according to ANFAC, the Spanish Association of Automobile and Truck Manufacturers.

“What we are doing is accelerating a change that is already taking place,” Blanco said. “This is a unique opportunity. The automakers are on board, and there are resources to carry out the investments.”

A leader in high-speed electric trains, Spain wants to put 250,000 more electric vehicles on its roads within two years, adding to the current 96,000.

The push for electric cars should reduce CO2 emissions by 450,000 tons, according to government projections, as Spain aims to completely convert to renewable energy by 2050, in line with EU targets.

“Spain can carry out these industrial activities with green energy,” Blanco said. “Compared to other countries of central and eastern Europe that still rely on fossil fuels, or other countries which use nuclear, Spain can rely on renewable energies since it has wind and solar.”

Spain is counting on its robust car industry, and the deposits of lithium – key to battery production for electric vehicles – that it shares with Portugal. The goal is to establish a supply chain by encouraging private investment to build a battery factory, along with assembly plants and software design, all with the goal of driving more climate-friendly cars off production lines.

The plan’s success, however, faces hurdles.

Spain has fewer than two public plug-in points per 100,000 square kilometers, compared to over 10 in Germany, Belgium and the Netherlands, according to a 2020 report by the European Court of Auditors.

“It is a snake that bites its own tail,” said Salvador Ejarque, president of Spain’s Association of Electric Car Users, or AUVE. “People don’t buy cars because they can’t charge them, and those who can invest don’t do it quickly enough because the bureaucracy is complex and slow going.”

The government wants to boost the total number of recharging points nationwide from 11,500 to 100,000 in three years.

ANFAC, the carmakers’ group, said more may be needed.

“We must overcome the ‘autonomy anxiety’ of drivers by assuring them that charging their car is as easy as filling up with gas,” spokesperson José López-Tafall told the AP. “It is necessary to set up a calendar with set goals to reach 340,000 charging points by 2030.”

Price, too, matters. The average annual income in Spain is 15,000 euros ($18,100) below the EU mean. Luxury cars are a rare sight in Spanish cities, where economy models and motorbikes reign. So while electric vehicles can lure more affluent Europeans, they give many Spaniards sticker shock.

To overcome this, the government has already dedicated 400 million euros for rebates of up to 7,000 euros on purchases of electric and hybrid vehicles.

It must also convince carmakers that Spain is their best investment bet, while Germany and France have the advantage of having major manufacturers based in their countries.

Spanish carmaker SEAT, a member of the Volkswagen group, has committed to producing an electric car in the 20,000-25,000 euro range that Blanco believes will hit the price points for domestic shoppers.

Ford’s president for Europe, Stuart Rowley, spoke with Prime Minister Sánchez in April about “Ford’s battery sourcing strategy and the importance of support from the Spanish Government in the framework of the EU Next Generation funds,” the company said in a statement provided to the AP.

Renault has also reaffirmed its focus on making hybrids at its Spanish plants.

Labor unions have welcomed the huge public investment in an industry that provides 10% of Spain’s GDP and 9% of its employment.

Garbiñe Espejo, general secretary of industry for the CCOO trade union confederation, said the recent decision by Nissan to close plants in and near Barcelona was a warning of what could come if the private and public sector don't join hands.

“Spain’s auto industry is in good health,” Espejo told the AP. “But if we do not seize this opportunity to transform Spain into a leader in new technologies, the impact for industry and jobs will be dire.”