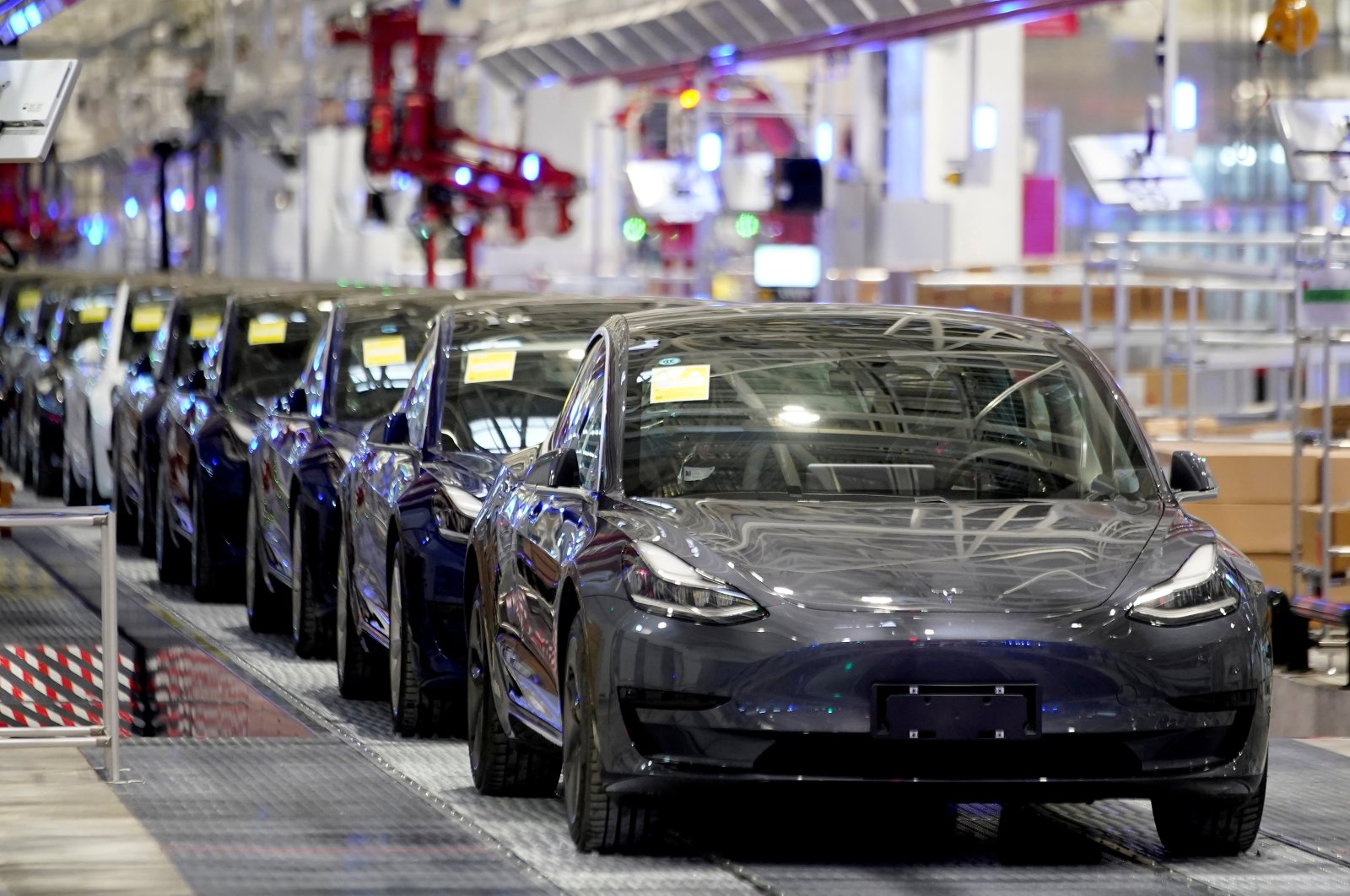 Tesla breached $1 trillion in market value on Monday, after landing its biggest-ever order from rental car giant Hertz, a deal that reinforced the electric car leader's ambitions to top the entire auto industry in sales over the next decade.

Tesla shares surged as much as 14.9% to $1,045.02, making it the world's most valuable automaker, according to Reuters calculations based on its latest filing.

Tesla is the first carmaker to join the elite club of trillion-dollar companies that includes Apple, Amazon, Microsoft and Alphabet.

Its shares were also buoyed by news of the company's Model 3 becoming the first electric vehicle (EV) to top monthly sales of new cars in Europe, signaling that consumer demand for battery-powered vehicles is turning a corner in some major markets.

Most automakers do not boast about sales to rental car companies, often made at discounts to unload slow-selling models. But for Tesla and its investors, Hertz's decision to order 100,000 Tesla vehicles by the end of 2022 showed electric vehicles are no longer a niche product, but will dominate the mass car market in the near future.

The news from Hertz comes as Tesla is coping with a backlog of unfulfilled orders for its vehicles amid continuing supply chain disruptions, but it does solidify the mainstream appeal of electric cars.

Fields says the Estero, Florida-based company intends to lead as a mobility company with the largest electric vehicle rental fleet in North America.

"We absolutely believe that this is going to be competitive advantage for us," Fields said of the Tesla order due to be delivered by the end of 2022. "We want to be a leader in mobility... Getting customers experience with electrified vehicles is an absolute priority for us."

Hertz, which requires customers to refuel gasoline-powered rental cars on return or pay a fee, said for now customers will not have to return Teslas fully recharged.

Hertz has around 430,000 to 450,000 vehicles worldwide, Fields said. He said Hertz would work with other automakers producing electric vehicles.

The automaker delivered a record 241,300 electric cars globally in the third quarter, even as it warned that supply chain headwinds would pressure margins.

Tesla's cheapest Model 3 sedan starts at about $44,000, making this order worth about $4.4 billion, if the entire order were for its mass-market sedan.

Fields declined to say how much Hertz was paying for the order. Tesla was not immediately available for comment.

Tesla CEO Elon Musk has set an annual sales growth target of 50%, on average, eventually reaching 20 million vehicles a year. That would be more than twice the volume of current sales leaders Volkswagen and Toyota.

With the current order, Hertz said EVs will make up more than 20% of its global fleet. Fields cited the rising number of EVs for sale and consumer interest in electric vehicles.

"We want to be out there early and fast and take a leadership position," Fields said.

Wedbush said in a note to investors that "Tesla getting an order of this magnitude highlights the broader EV adoption underway in our opinion as part of this oncoming green tidal wave now hitting the U.S."

"It (the order) puts an exclamation point under guidance for 50%+ growth in deliveries," Roth Capital analyst Craig Irwin said. "Another solid piece of evidence EVs are going mainstream."

United States President Joe Biden has made it a priority to support the rollout of EVs to combat climate change, but the lack of charging network infrastructure could remain a key hurdle to his ambitious plan.

Hertz also said it was installing thousands of chargers throughout its network. Customers who rent a Tesla Model 3 will have access to Tesla supercharging stations throughout the United States and Europe.

Analysts at Morgan Stanley bumped their price target on Tesla by 33% as the brokerage expects the electric carmaker to keep posting higher volumes, reaching more than 8 million deliveries in 2030.

A Cox Automotive study said Americans are hesitant to buy EVs due to anxieties about the ranges of the vehicles and high price tags, as well as weak charging infrastructure.

Hertz filed for bankruptcy protection last year as travel demand sank during the height of the pandemic and talks with creditors failed to provide relief.