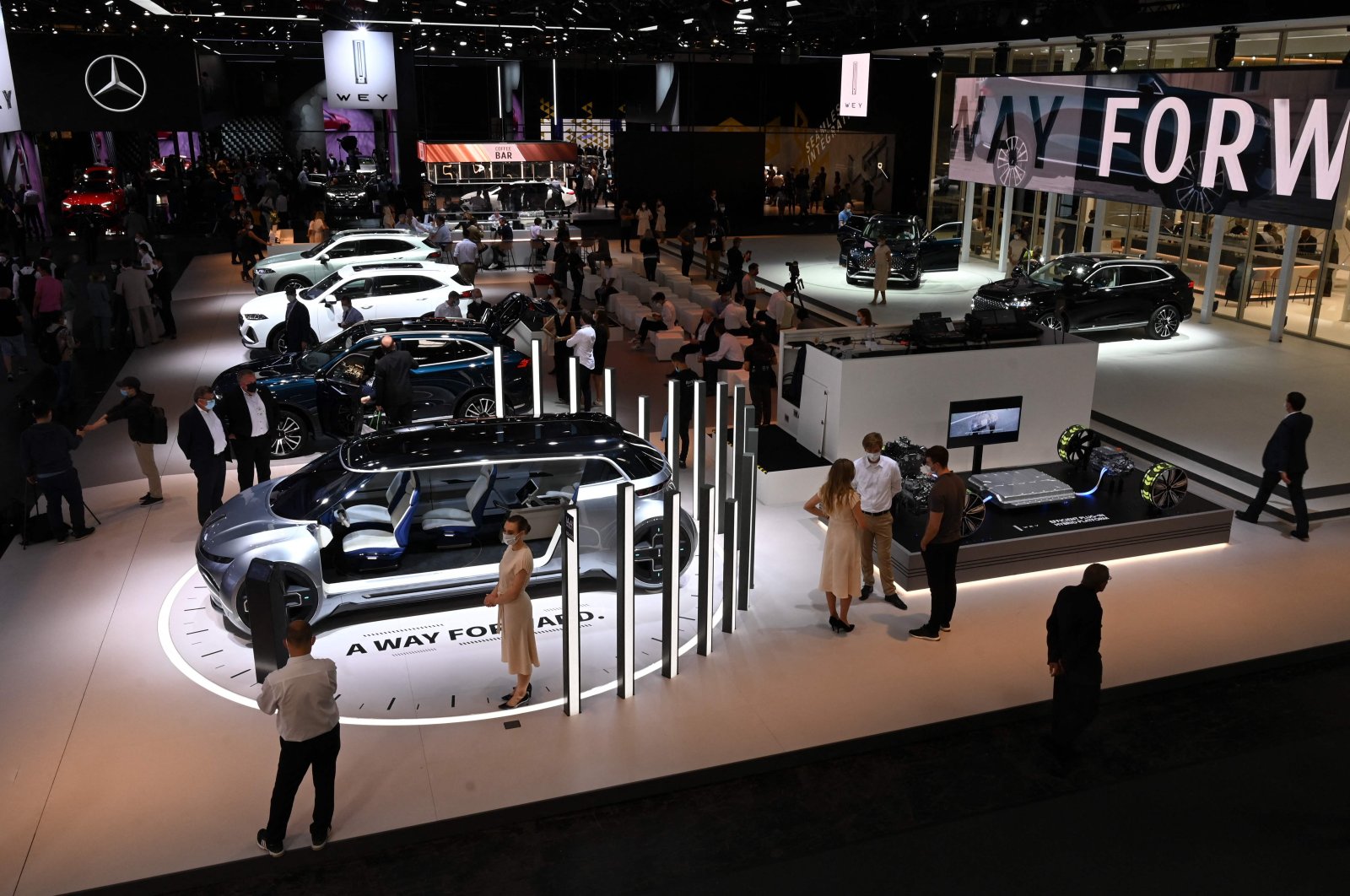 As carmakers gathered in Munich on Monday to launch almost exclusively zero- or low-emission vehicles, an ongoing painful semiconductor shortage cast a long shadow over the first major car show since before the pandemic began.

Forced to shut down plants last year, carmakers now face increasing competition from the consumer electronics industry for chip deliveries. That problem has been compounded by a series of supply chain disruptions during the pandemic.

Cars have become increasingly dependent on chips – for everything from computer management of engines for better fuel economy to driver-assistance features such as emergency braking.

Speaking during the launch of a couple of electric vehicles (EVs) on Sunday evening, Ola Källenius, CEO at premium German carmaker Daimler AG, said that while the company is hopeful its own supply will improve in the fourth quarter, soaring demand for chips means the industry could struggle to source enough of them into 2023 – though the shortage should be less severe by then.

"Several chip suppliers have been referring to structural problems with demand," Källenius said. "This could influence 2022 and (the situation) may be more relaxed in 2023."

Joerg Burzer, head of supply chain at Daimler's carmaking unit Mercedes-Benz, said he was hoping the situation would stabilize in the fourth quarter. "Relaxation will come later."

The IAA Mobility show in Munich is the first major motor industry event worldwide since the global coronavirus pandemic.

Despite the ongoing shortage, Daimler board member Britta Seeger said the carmaker does not believe its long-term electric vehicle goals will be affected.

Automakers from U.S. group General Motors to India's Mahindra and Japan's Toyota have slashed output and sales forecasts due to scarce chip supplies, made worse by a COVID-19 resurgence in key Asian semiconductor production hubs.

Renault CEO Luca De Meo said on Monday the chip shortage had been tougher than expected during the current third quarter, but said the situation should improve in the fourth quarter.

Major auto supplier Bosch said it expects the shortage will ease somewhat in the coming months, but supplies will remain constrained into next year.

"I expect that the general tightness of the supply chains will continue in the next 6 to 12 months," he said.