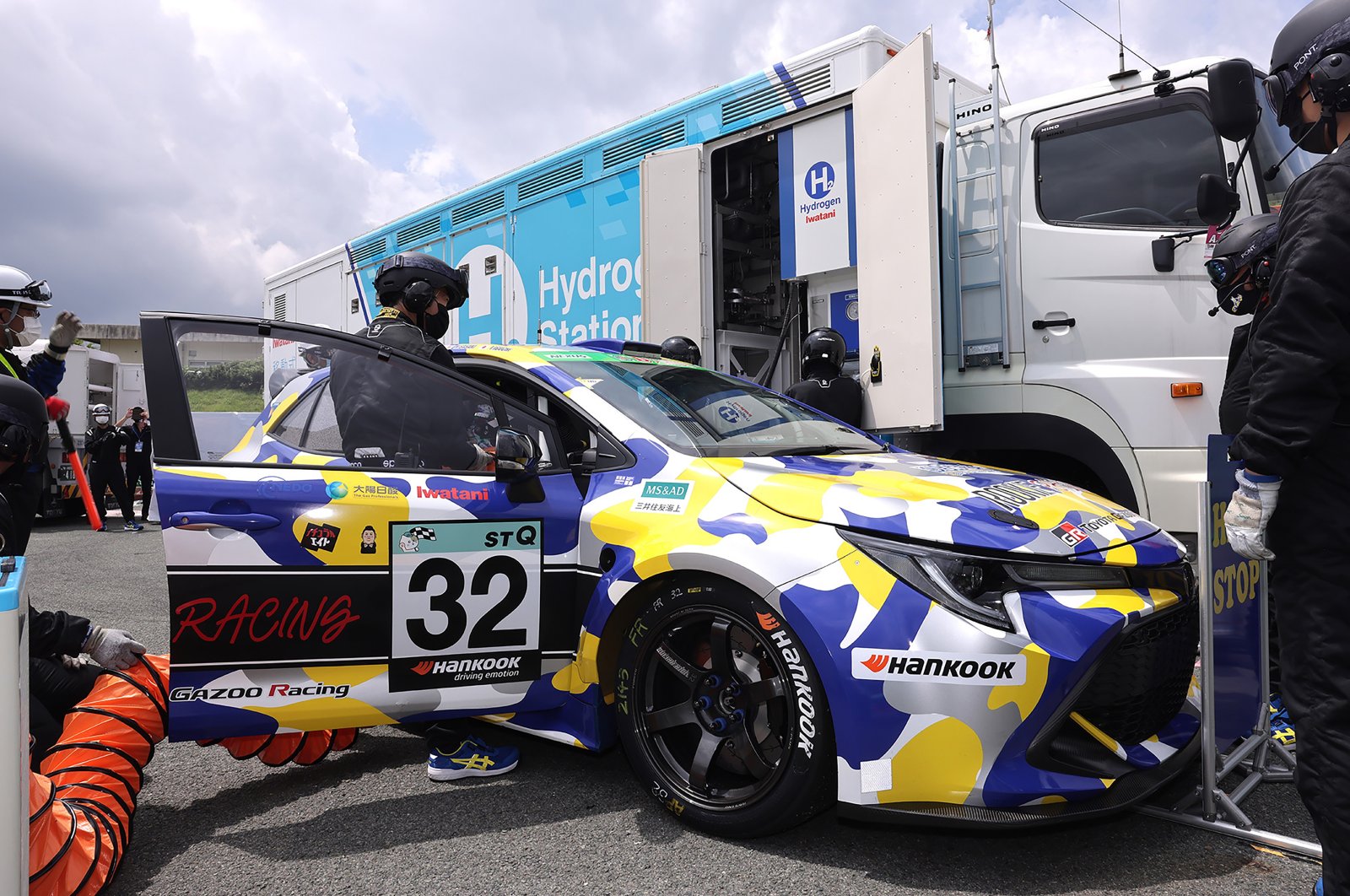 Toyota is testing hydrogen combustion engines in race cars, the carmaker said Monday as it works toward using the technology in commercial products.

Such engines burn hydrogen as fuel instead of gasoline, much like rockets. The Japanese automaker said testing the technology in race cars will allow it to collect data and try to fix problems on-site.

Toyota Motor Corp. announced earlier that it was developing a hydrogen combustion engine, which Ford Motor Co. and other automakers have also developed. Vehicles powered by such engines are different from fuel cell vehicles that use hydrogen to create electricity, and from electric or hybrid vehicles.

Sakamoto declined to say when the hydrogen combustion engine may become a commercial product, acknowledging further development is needed to address its limited driving range. Infrastructure for fueling such vehicles is another obstacle. Toyota has not released the range or mileage for the technology

One advantage of hydrogen engines is that minimal adjustments are needed from regular internal combustion engines, except for the fuel piping and injection systems.

The use of hydrogen as fuel comes with some risk concerns, but hydrogen fueling stations are operating across Japan, with no major accidents so far.

Sakamoto said hydrogen is as safe as any other fuel on roads today, noting lithium-ion batteries used in EVs have caused fires, and hydrogen tanks are made of carbon fiber.

The latest hydrogen technology is being tested on a Yaris with a 1.6 liter engine for racing, according to Toyota.

Two hydrogen tanks fit in the back seat area of the racing car, although that is likely to change for commercial models.

Hydrogen may offer some advantages. Batteries for EVs require various minerals, while hydrogen is relatively plentiful in the environment and can be readily stored and transported.

Hydrogen can be created from water by electrolysis, often carried out in school chemistry experiments. Hydrogen can also be converted from solar energy for storage. But depending on how widespread such fuel may become, it could be a lot cheaper to fill up your car than gasoline, whose prices fluctuate wildly. Toyota also said it was producing hydrogen at a geothermal power station in southern Japan.

But the hydrogen engine is not 100% zero emission, emitting a tiny bit of carbon dioxide from the engine oil. Toyota said it has developed technology to purify its nitrogen oxide, or NOx, emissions.