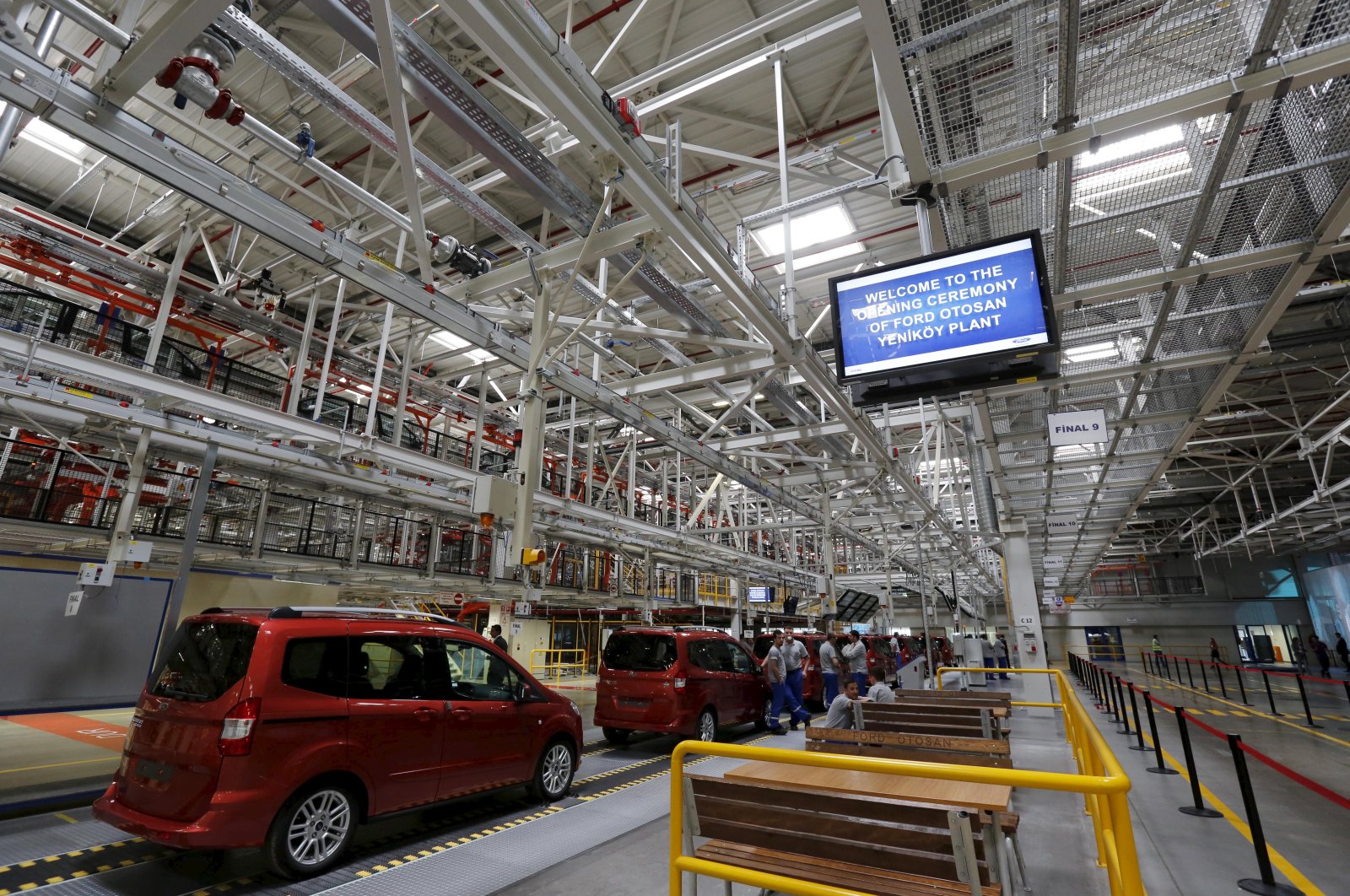 Ford announced that diesel engines for a new generation of its Transit van will be built at its factory in Dagenham. The engines will be exported to Turkey, where the vans themselves will be assembled by Ford Otosan, a joint venture between the American giant and Koç Holding, Turkey’s largest conglomerate.

The vans, which are to be built for the European market at the plant in Turkey’s industrial Kocaeli province, will go into production in 2023 and include fully electric and hybrid variants along with the combustion-engined version.

“Great news that our trade deal with Turkey has helped to secure jobs by protecting supply chains for our great automotive manufacturers like @forduk, giving them the confidence to continue investing in Britain,” Truss said on Twitter.

Ford said the trade deal between Turkey and the U.K. in late 2020 was “extremely significant” for its business, pointing out that Ford and Ford Otosan together account for more than 10% of the trade volume between the two countries.

The company said the move will help to safeguard jobs at the Dagenham site, which currently employs 1,900 people.

The U.K.’s International Trade Minister, Ranil Jayawardena, was cited by the BBC as describing Ford’s announcement as “great news for Ford and its 7,500 workers across the United Kingdom.”

The carmaker last year closed its other major U.K. engine plant at Bridgend in Wales in a major overhaul of its European business. Five other factories in Europe were also shut, and some 10,000 workers were laid off.

Transit vans were once built at a plant near Southampton, but in 2013 the factory was closed and production was moved to Turkey, where Ford said production costs were much lower.

On the other hand, Ford Otosan generates 25% of Turkey’s total automotive production and exports, and it employs 12,500 people currently.

The latest investment will provide 3,000 additional jobs in the country, bringing the overall number to over 15,000.

Turkey and the U.K. in late December signed the FTA to support a trade partnership worth around $25 billion (TL 187.99 billion).

Ford Otosan Tuesday announced it will be making a 2-billion-euro (nearly $2.4 billion) investment to manufacture new-generation commercial vehicles and batteries at its factory in Kocaeli.

The largest ever made in the Turkish automotive industry, the investment will make the plant Turkey’s first and only electric vehicle integrated production facility that will also manufacture batteries.

Ford Otosan will also make a one-ton commercial vehicle for Volkswagen AG as part of an alliance between Ford and the German carmaker.

Once completed, the investment will lift the joint venture’s annual production capacity from 440,000 to 650,000. It is expected to produce 130,000 batteries per year. The carmaker is estimated to grow its exports from $5.9 billion to $13 billion annually.

Even with the rapid shift to electric passenger cars, Ford said it expects diesel to continue to play an important role in commercial vehicles for many years.

Demand from Ford Otosan is expected to account for up to 60% of Dagenham’s diesel engine production by 2025.

Ford is the top commercial vehicle brand in Europe with a 15% share and has led the commercial van market in Britain, Europe’s largest, for 56 years.

Last month, it said its passenger car lineup in Europe would be all-electric by 2030.

Tightening carbon dioxide emission targets in Europe and China have combined with improving battery technology to provide greater range at lower costs, giving commercial electric vehicles (EVs) their moment in the sun after years of waiting.

Soaring e-commerce deliveries amid the pandemic are also spurring interest in commercial EVs.

Ford is betting it can profit from selling electric vans to delivery businesses that need to reduce carbon emissions.