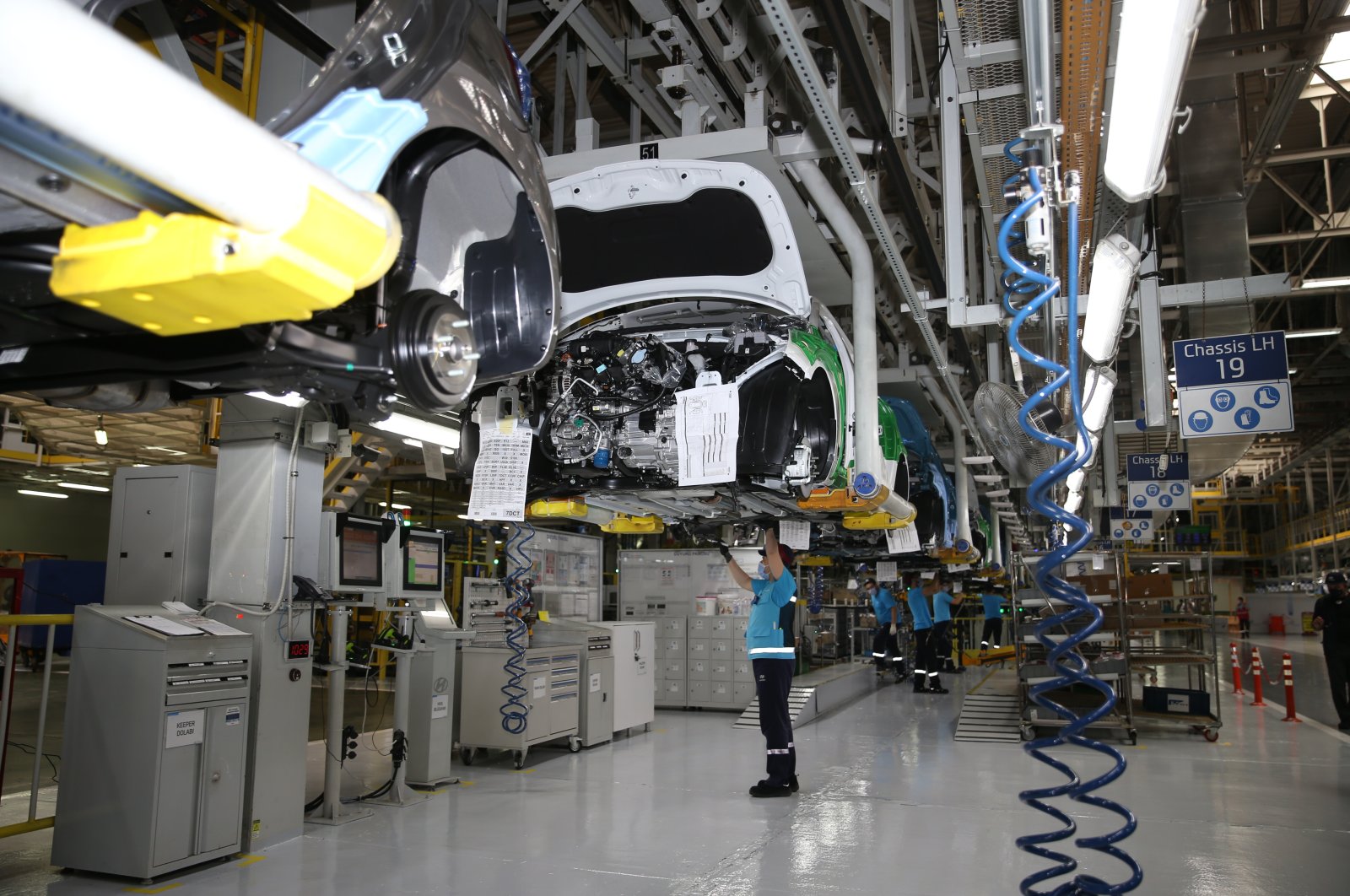 Turkey’s automotive production and exports posted a strong rebound from January through May, data showed Monday, following a dramatic drop a year ago due to the coronavirus pandemic.

The output, including light commercial vehicles, tractors and automobiles, amounted to 532,441 units in the five-month period, marking a 28.2% year-on-year increase, the Automotive Manufacturers Association (OSD) said.

After a strong economic rebound in the second half of 2020, new virus-related lockdowns were adopted in recent months but did not affect production.

The automotive production last year narrowed by 11% versus 2019 and decreased by 34% year-on-year in the first five months.

On the sales side, the auto market, including light trucks and other vehicles, expanded by 73.8% compared to the same period last year, reaching 328,679 units in the first five months of this year.

The sector’s exports also increased by 18% to reach 391,070 units on a quantity basis year-on-year in the January-May period.

In May, the automotive output, including all types of vehicles, increased by 31.2% on a yearly basis to reach 82,860 units.

Turkey imposed curfews, weekend lockdowns and restaurant closures in December but manufacturing and the broader economy were unaffected.

Some of the restrictions were eased in March before a full lockdown was reimposed at the end of April due to surging COVID-19 cases. The country has been gradually easing measures since mid-May.