Turkish auto production slips over 29% in 1st half, signals rebound in June 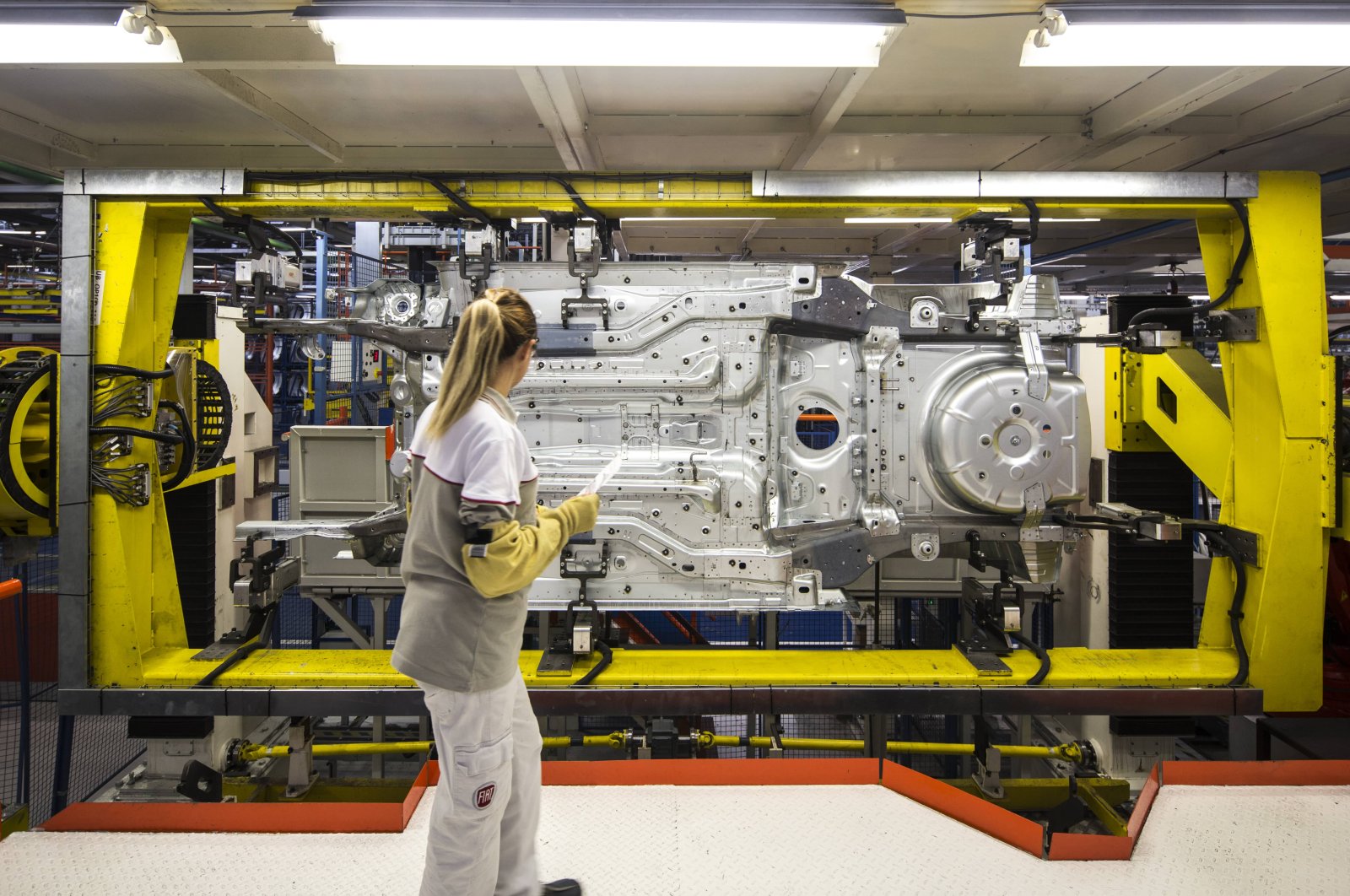 Turkey’s motor vehicle production dropped by 29.4% year-on-year from January through June, driven by the coronavirus pandemic, according to a statement by the Automotive Manufacturers Association (OSD).

Automakers in the country produced 518,727 vehicles, including automobiles, light commercial vehicles and tractors in the first six months of 2020, the association said Sunday.

The output dropped 5.4% year-on-year in June to 103,273 vehicles, marking a recovery from the sharp losses in previous months due to the coronavirus.

Many factories halted operations after Turkey identified its first COVID-19 case on March 11 and production amounted to 11,164 vehicles in April and 63,145 in May. Turkey has an annual production capacity of nearly 2 million vehicles.

Manufacturers, most of which closed factories in March and April, returned in May and accelerated production gradually in June, the report said.

The country’s automotive exports reached $11 billion, down 30% during the same period.

Top international automakers – including Ford, Honda, Hyundai, Mercedes, Renault, and Toyota – have factories in Turkey, one of the world's top auto sale markets.

Since June, buyers of domestically made cars have been able to finance purchases with low-interest, long-term loans thanks to a loan package introduced by public lenders.

With the help of the campaign and easing of coronavirus lockdown measures, passenger car and light commercial vehicle sales in the country jumped by 66% year-on-year last month to 70,973 units, according to Automotive Distributors’ Association (ODD) data.

Demand for automobiles in the country has steadily risen since early June after three public lenders, namely Ziraat Bank, VakıfBank and Halkbank, introduced low-interest loan packages for individual and corporate customers who want to purchase new and second-hand passenger vehicles. Supply shortages, however, forced some potential buyers to walk away empty-handed.

Car dealerships have said car stocks were limited due to the global supply chain disruptions caused by the pandemic.

The secondhand market in the country witnessed skyrocketing prices over the past month after car dealerships failed to meet the high demand, pushing customers to turn to preowned options.