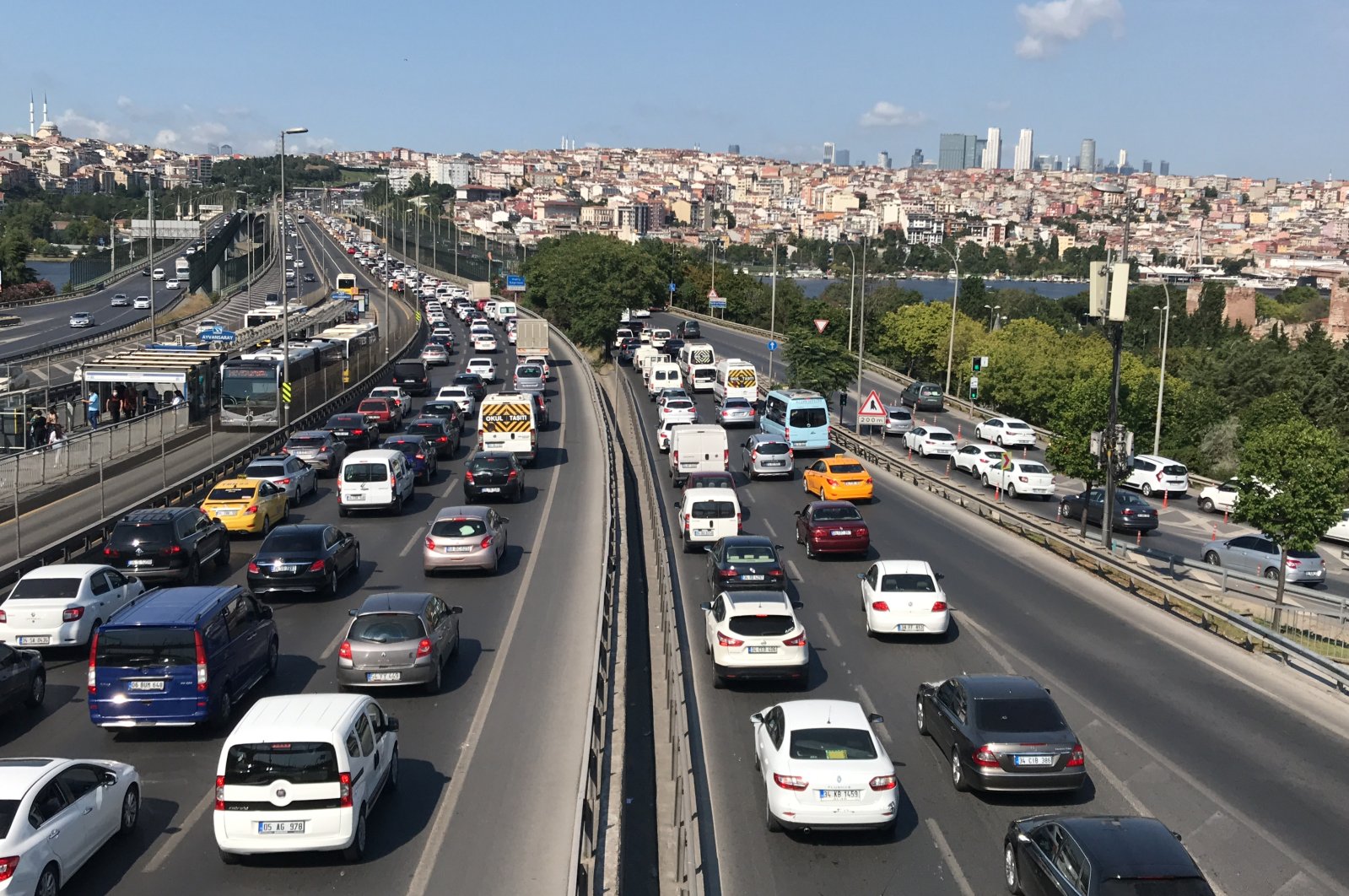 July is turning out to be a month to remember for the Turkish automotive market as the industry, brought to a standstill by the coronavirus pandemic, experiences some unprecedented vitality.

High demand in the domestic market was followed by a significant rise in June on the back of easing of strict coronavirus lockdown measures in the country and cheap loan packages offered by public banks.

Sector representatives say the high trend has continued this month, while they also point to the acceleration in exports and an increase in orders, expecting around a 10% surge in overseas sales compared to last month. In the meantime, they expect actual mobility to be in September.

"Markets slowly began to move in May, following the recession in March and April. We expected this process would accelerate after June and we can say this is starting to happen," said Mercedes-Benz Türk CEO Süer Sülün, referring to the mobility in automotive sales.

"We believe that the deferred purchases of the last 3-month period could be realized in the summer months and offset the losses," Sülün told the Turkish language daily, Dünya, on Monday.

Orders on the rise

Ford Otosan officials, on the other hand, said there was an increase in orders from abroad, particularly in terms of exports and production.

"This will reflect on production as of September. We want to go through our current stock first," the officials were quoted by the Dünya as saying.

They pointed out that there was a rapid recovery and increase in demand with the decline in interest rates in the Turkish market and the increase in consumer confidence index, which reached 62.6 last month, up 5.2% from May when the figure was 59.5.

"In parallel to this increase, we increased our production tempo above the period before the pandemic. We expect the recovery in overseas markets to be somewhat slower than that of Turkey. We are closely monitoring developments and keeping our production scenarios ready in case of an increase in demand," the representatives said.

Referring to the auto sales in June, they said: "Considering that the expectation was around 65,000 units, this market size shows the recovery is happening faster than our estimates with the effect of accumulated demand. We expect this rising trend to continue in July and project a market size of at least as that of June."

Hyundai Assan General Manager Murat Berkel said the mobility in the domestic market has continued, stressing they expect a market size of 65,000-70,000 units in July.

Demand for automobiles in the country has steadily risen since early June after three public lenders – Ziraat Bank, VakıfBank and Halkbank – introduced low-interest loan packages for individual and corporate customers who want to purchase new and second hand passenger vehicles.

Supply shortages, however, forced some potential buyers to walk away empty-handed. Car dealerships across the country have reported car stocks are still limited due to the global supply chain disruptions caused by the pandemic.

The second hand market in Turkey witnessed skyrocketing prices over the past month after the dealerships failed to meet the high demand, pushing customers to turn to preowned options.

Hyundai Assan’s Berkel and Anadolu Isuzu General Manager Tuğrul Arıkan both pointed to the recovery in exports, saying they were "getting better each month."

"However, exports still have not reached our pre-COVID-19 expectations. We think we will feel the positive trend better in the September-October period," Arıkan said.

Baran Çelik, chairman of the Uludağ Automotive Industry Exporters Association (OIB), said they expect July exports to exceed the ones of June.

"The importance of the truck market has been particularly remembered in terms of the continuity of logistics activities. The truck exports, which saw a sudden drop in April, started to gradually increase in May. In this scope, we can say our July exports have increased by 9% compared to June," he noted.

He underscored that the 2020 truck market is expected to exceed the one of last year.

Overseas sales of the sub-industry are also seeing an upward movement compared to June, according to Alper Kanca, head of the Automotive Supplier Industry (TAYSAD).

"Many of our members are seeing an average increase of 10% in their exports in the first 15 days of July compared to June. The export increase in some of our members exceeds 20%. In fact, a small number of automotive suppliers are projecting to carry out more exports this month than in July of 2019," Kanca noted.