Turkish-made buses on roads of 87 countries 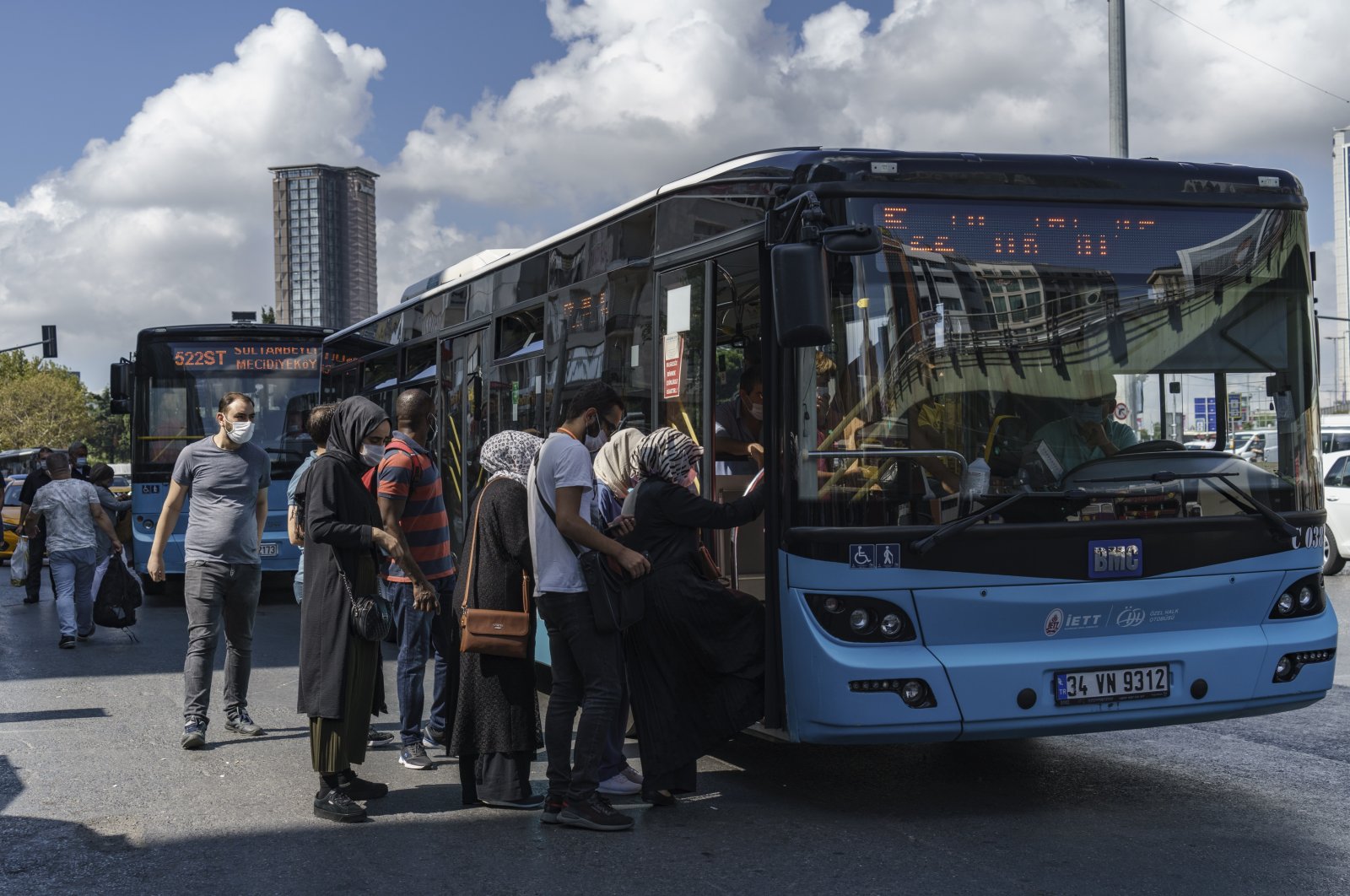 People in Istanbul get on a Turkish-made BMC bus, which is used in public transportation by the Istanbul Metropolitan Municipality, on Sept. 8, 2020. (DHA Photo)
by DAILY SABAH WITH AA Sep 23, 2020 4:03 pm
RECOMMENDED

Buses, minibusses and midibuses produced in Turkey are on the roads of 87 countries across the world, Anadolu Agency (AA) reported Wednesday, citing data from Uludağ Automotive Industry Exporters Association (OIB).

According to the report, Turkey’s exports to the Czech Republic, Russia and Mexico in the first eight months of 2020 increased significantly. France has taken the top spot in Turkey’s exports, importing Turkish-made buses worth over $154.7 million (TL 1 billion).

Germany, which comes second, imported over $147.1 million the vehicles while Italy ranked third with $89.6 million. Morocco, which followed Italy, imported over 27.7% more vehicles compared with the same period last year.

Exports to Russia saw the most significant increase with over 375% more Turkish vehicles sold as compared with the same period last year, jumping from $4.9 million to $23.3 million in value.

Mexico followed Russia with 244% and the Czech Republic with 112%, importing $15.2 million and $26.2 million worth of vehicles respectively.

According to the data cited by AA, Turkey’s secondhand car market neared 1.5 million sales in the first eight months of 2020, indicating a 24% jump compared with last year.

The data showed that cars took the lead in sales at 83%, and light commercial vehicles ranked second with the remaining 17% while the C segment became the market leader of car sales.

According to the AA’s report, 73% of all vehicles put on sale online were sold. The data also showed that, in the month of August, 24% of all cars sold were between one and four years of age while 49% of them were between five to 10 years old and 27% were 11 years old or older.

A 4% increase in sales was also recorded in August as compared with July.