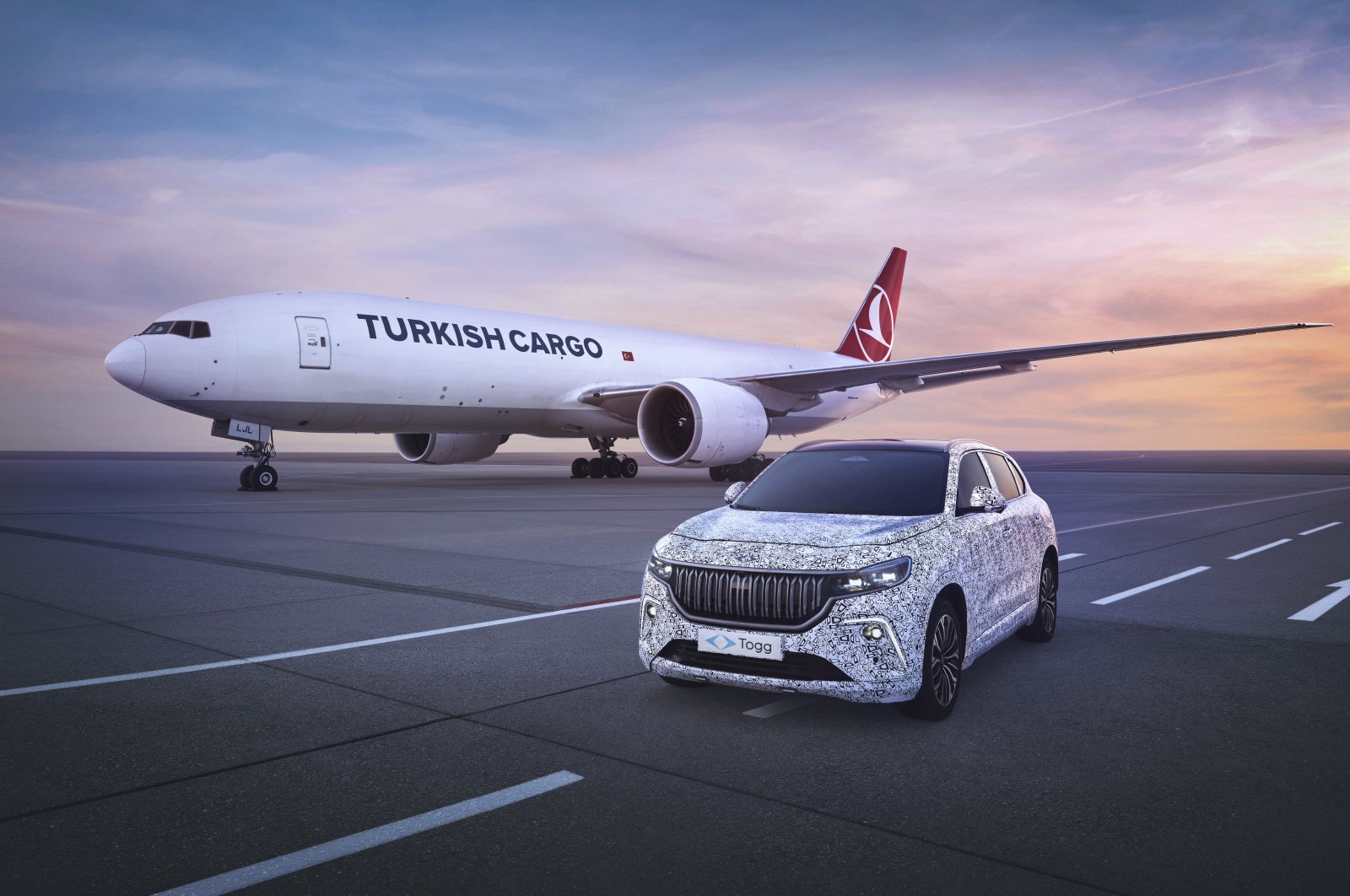 Türkiye’s first domestically produced car has been transported to Argentina to perform winter tests, just over a month before its mass rollout is due to begin.

Togg was loaded onto a Turkish Cargo plane at Istanbul Airport before it was flown to Tierra del Fuego, the southernmost and smallest Argentine province, to be tested in extreme weather conditions, according to a video shared by the Turkish Airlines subsidiary on Wednesday.

It marks the latest of Togg's many road safety performance and range/battery tests that have been ongoing at accredited test centers in different parts of the world.

“We are celebrating the successful performance shown at international tests by the Togg smart device, one of the most ambitious projects of Türkiye,” said Turkish Airlines Chairperson of the Board Ahmet Bolat.

“Doing our part as the national flag carrier with the power of being the airline that flies to more countries than any other in the world, we are proud to deliver the Turkish automobile and our country's technology exports worldwide,” Bolat said in a statement.

Turkish Airlines had helped Togg make its international debut as it flew the car to Las Vegas for the Consumer Electronics Show (CES), one of the world’s largest technology and gadget fairs, in January. The consortium showed off the “Transition Concept Smart Device,” an all-electric fastback concept car.

“From the first day we set out on our journey, we have been acting on the principle of choosing our business partners among the best in our country and the world,” said Gürcan Karakaş, CEO of Togg.

Following the “Transition Concept Smart Device,” Karakaş said have now undertaken yet another solid collaboration by transporting the Togg Smart Device to the accredited test center in Ushuaia, a resort town in Argentina located on the Tierra del Fuego archipelago and the closest point to the South Pole.

“Our tests continue in various accredited test centers, which are the world’s leading ones. We stand by our word be it snow, winter or mud, even on the other side of the world if need be. We are taking firm steps towards our goal to launch on the promised date,” said Karakaş.

Togg is due to launch mass production of its all-electric SUV next month. The SUV in the C-segment will hit the market in the first quarter of 2023 and will be the first electric sport utility vehicle produced in continental Europe by a nontraditional manufacturer.

Togg was launched on June 25, 2018. President Recep Tayyip Erdoğan, in December 2019, unveiled prototypes for the SUV and a sedan, both fully electric and C-segment models. The brand aims to produce 1 million vehicles across five different segments by 2030.

Togg said it would produce five different models, namely SUV, sedan, C-hatchback, B-SUV and B-MPV, through 2030. Mass production of the SUV will be followed by the sedan.

Construction of Togg’s engineering, design and production facilities began in mid-2020. Built on an area of 1.2 million square meters (12.9 million square feet) in the Gemlik district of northwestern Bursa province, the facility is scheduled to be completed soon.

Togg has opted for advanced lithium-ion battery technology company Farasis as its business partner for the battery. The homegrown car can reach 80% charge in under 30 minutes with fast charging. It will have a range of between 300 kilometers to 500 kilometers (186 miles to 310 miles).