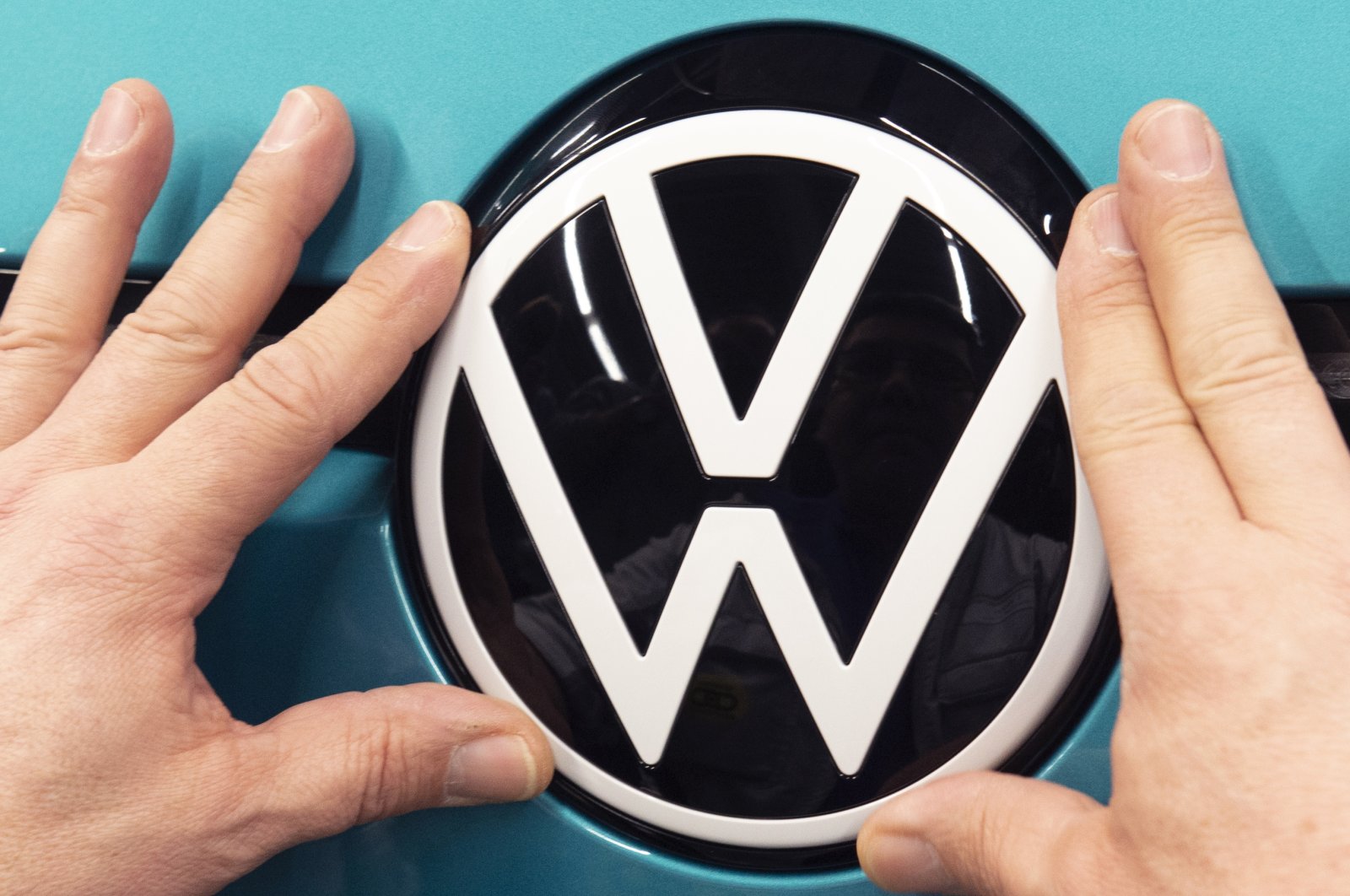 A worker completes an electric car ID.3 body at the assembly line during a press tour at the plant of the German manufacturer Volkswagen AG (VW) in Zwickau, eastern Germany, Feb. 25, 2020. (AP Photo)
by Reuters Mar 15, 2021 7:00 pm
RECOMMENDED

Volkswagen plans to build half a dozen battery cell plants in Europe and expand infrastructure for charging electric vehicles globally, accelerating efforts to overtake Tesla and speed up mass adoption of battery-powered cars.

The world's No. 2 carmaker, which is in the midst of a major shift towards battery-powered cars, said on Monday it wants to have six battery cell factories operating in Europe by 2030, which it will build alone or with partners.

"Our transformation will be fast, it will be unprecedented," Chief Executive Herbert Diess told Volkswagen's Power Day, which also featured the CEOs of BP, Enel and Iberdrola in an effort to replicate Tesla's Battery Day last September.

"E-mobility has become core business for us," he added. Volkswagen did not specifically say how much the plan will cost, reported Reuters.

The group had been laggard on electrification until it admitted in 2015 to cheating on U.S. diesel emissions tests and had to deal with new Chinese quotas for electric vehicles. It now has one of the most ambitious programs in the industry.

Volkswagen said the European factories will have a joint production capacity of up to 240 gigawatt-hours a year, adding the first factory would start operation in 2023 and be set up jointly with Sweden's Northvolt.

This will be followed by a factory in the German city of Salzgitter in 2025, a factory in Spain, France or Portugal in 2026 and a site in Poland, Slovakia or the Czech Republic by 2027. Two more plants will be set up by 2030.

While the first two factories are already reflected in Volkswagen's financial planning, the group is currently in "deep discussions" about how the subsequent plants fitted with financial targets, board member Thomas Schmall said.

He added if Volkswagen needed to increase its role in battery cell production then the group would be able to bear that cost.

Volkswagen is also working on a major expansion of charging infrastructure, a lack of which is still seen as a major hurdle to the mass adoption of battery-powered cars.

Via existing efforts and partnerships with oil major BP as well as top European utilities Enel and Iberdrola, Volkswagen aims to operate about 18,000 public fast-charging points in Europe by 2025.

This represents a five-fold expansion of the existing fast-charging network, Volkswagen said, adding it would invest 400 million euros in the initiative.

In North America, Volkswagen targets 3,500 fast-charging points by the end of 2021 via its Electrify America unit, while in China, the world's largest car market, the group aims for 17,000 by 2025.

Shifting to design, Volkswagen unveiled plans to have a new unified prismatic battery cell from 2023, which will support cost cuts generated by the raised level of in-house cell production and could impact its current suppliers.

Electric vehicle makers, including Tesla, are using cylindrical battery cells, which resemble flashlight batteries and are relatively inexpensive and easy to manufacture.

Prismatic cells, which resemble a thin hardcover book, are housed in a rectangular metal case and are more expensive. Pouch cells, another alternative, are thinner and lighter, and resemble a flexible metal mailing envelope.

"On average, we will drive down the cost of battery systems to significantly below 100 euros ($119) per kilowatt hour," Schmall said. "This will finally make e-mobility affordable and the dominant drive technology."

The cost of battery cells used for electric vehicles has fallen to an average of $110 per kilowatt hour (kWh), Benchmark Mineral Intelligence (BMI) said.