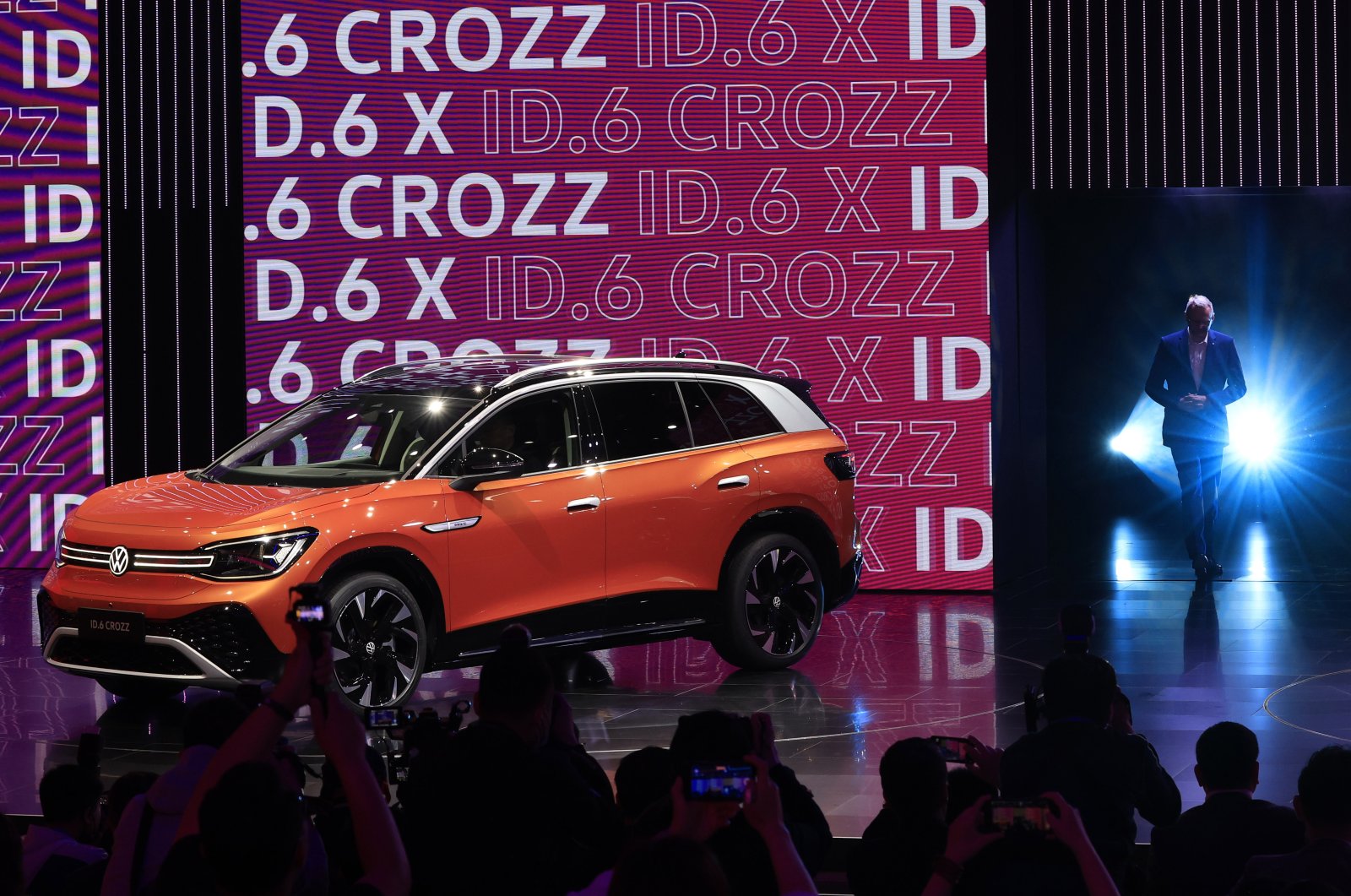 New SUVs were unveiled for China's growing market by the automotive giants Volkswagen, Ford and select Chinese brands on Monday at Auto Shanghai 2021, the industry’s biggest marketing event in a year overshadowed by the coronavirus pandemic.

Automakers are looking to China, the biggest auto market by sales volume and the first major economy to rebound from the pandemic, to propel a sales revival and reverse multibillion-dollar losses.

The latest models reflect accelerating momentum toward electrification and designing models for Chinese tastes. Automakers rely increasingly on research and design centers in China to create models for global sale.

Volkswagen AG said its all-electric ID.6, available in six- and seven-seat models, aims to create a "lounge on wheels” with semi-automated driving and other technology.

Geely Auto, part of the Geely Holding group of brands that includes Sweden’s Volvo Cars, debuted a new flagship SUV, the Xingyue L. The company says self-driving technology enables the Xingyue L to park itself and return from a parking lot to pick up its driver.

Ford Motor Co. unveiled a midsize SUV, the EVOS, the first vehicle developed largely by a China-based team under a 2-year-old strategy to use Ford’s Chinese operations more in product development. The automaker also debuted a plug-in hybrid SUV, the Escape, and an all-electric Mustang Mach-E.

China's first-quarter sales of SUVs, sedans and minivans in China jumped 75.6% over a year earlier, when the ruling Communist Party shut down the economy to fight the virus, according to the China Association of Auto Manufacturers. In contrast, Edmunds.com Inc. forecasts quarterly U.S. sales should rise 8.9% over a year earlier but would be off 8.6% from the final quarter of 2020.

Sales of electric vehicles in China, which accounts for about half of global purchases of the technology, nearly tripled in the first three months of 2021 over a year earlier to 515,000 units, according to CAAC.

Honda Motor Co. unveiled a prototype of an SUV that will be its first electric vehicle sold in China and the Breeze, the first plug-in hybrid from its joint venture with state-owned Chinese brand GAC. Honda plans to release 10 electric models within five years.