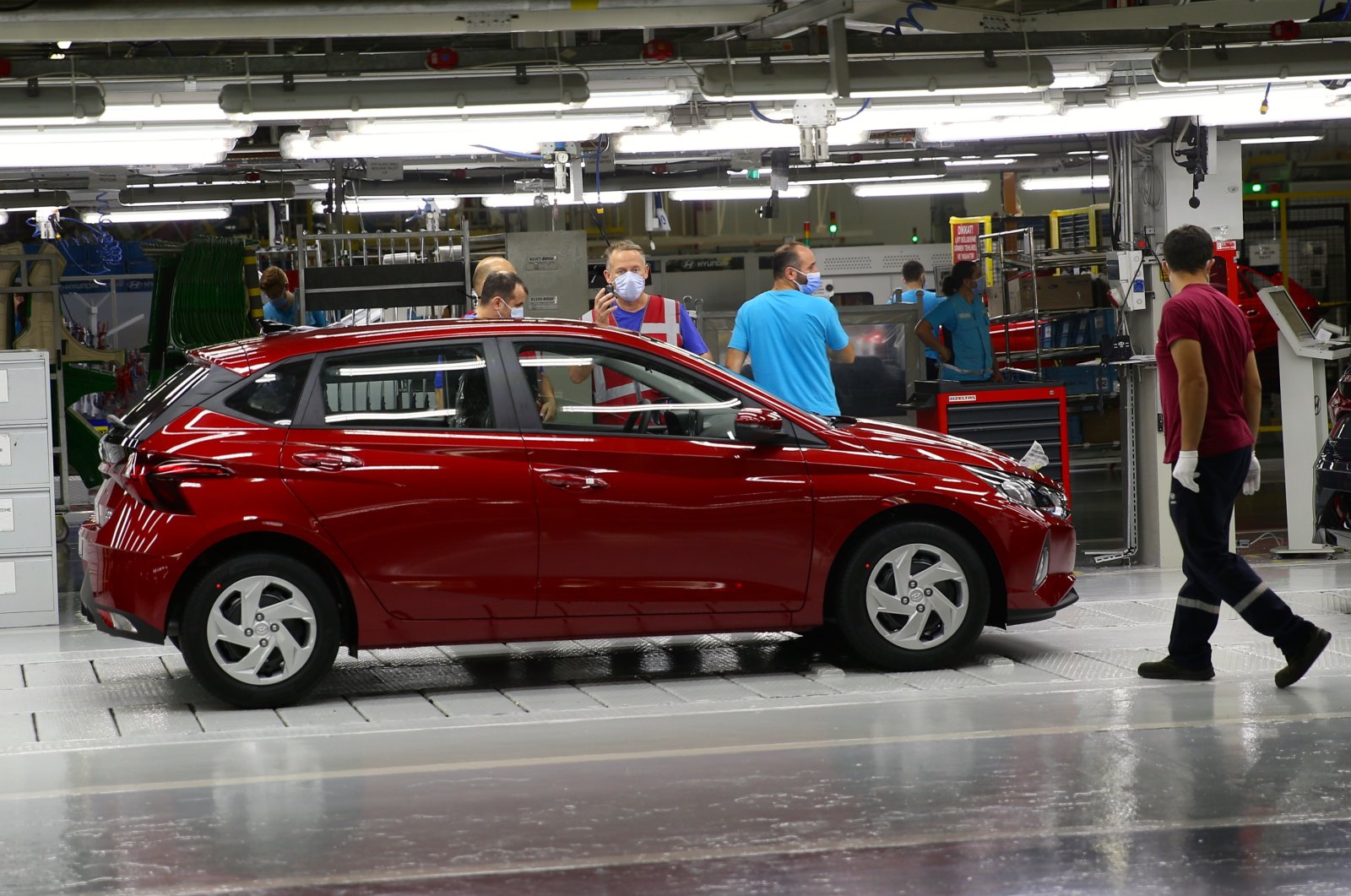 Automotive production in Turkey surged more than 40% year-on-year in August, data showed Monday, despite a global parts shortage that has forced closures of plants, further delaying a return to normal auto output and keeping the supply of vehicles artificially low.

The output jumped 41.7% last month to 106,748 units, said a monthly report by Turkey’s Automotive Manufacturers Association (OSD). It was up 14.4% compared to the same period of 2019 prior to the pandemic.

Automotive sales on a dollar and euro basis were up 30% and 21%. Overall exports reached $19.2 billion, with passenger vehicle sales surging 11% to $6 billion.

Microchips are essential for car electronics systems and have been in short supply since the end of last year.

The global shortage of computer chips has been forcing automakers to temporarily close factories.

Carmakers from U.S. group General Motors to India’s Mahindra and Japan’s Toyota have slashed output and sales forecasts due to scarce chip supplies, made worse by a COVID-19 resurgence in key Asian semiconductor production hubs.

Many of the Turkish top carmakers such as Ford Otosan, Tofaş and Oyak Renault also had to temporarily pause their outputs in their factories in the past months.

Adding to a 360,000 vehicle cut in worldwide production in September, the world’s top-selling automaker Toyota last week said it will reduce output by a further 70,000 this month and by 330,000 in October.

The German carmaker Volkswagen has warned it may need to cut production further due to the squeeze.

Ford last month shut down production at a plant in Kansas that builds its best-selling F-150 pickup truck because of parts supply woes, with France Renault extending partial stoppages at factories in Spain.