Wolfsburg, we have a problem: Inside Volkswagen furor in China 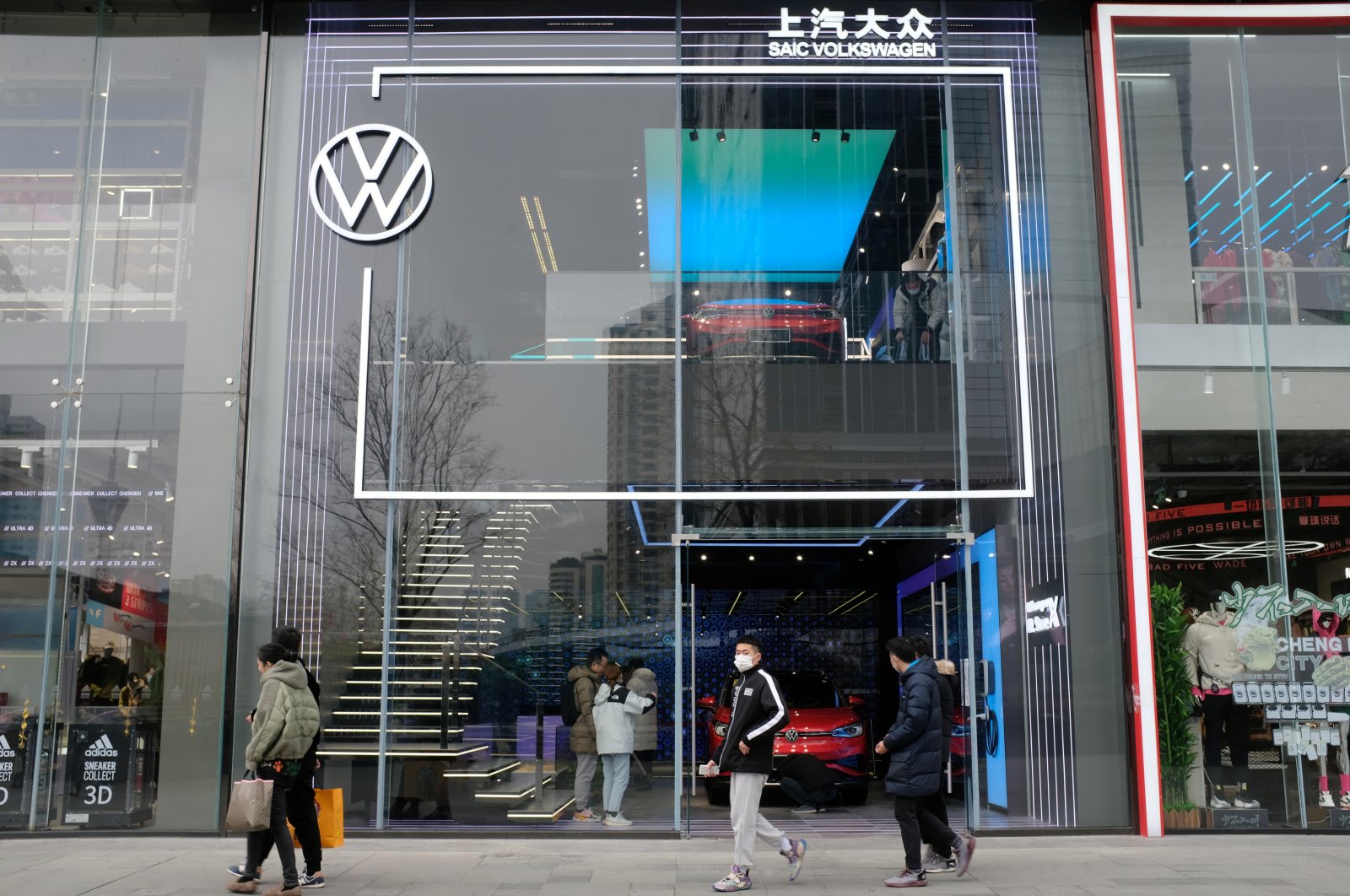 Managers at Volkswagen headquarters in Wolfsburg, Germany, realized in late December 2019 that they might have a serious problem in China, the company's biggest market and ticket to its electric future.

Its flagship Passat sedan had fared badly in an unofficial safety test carried out by an insurance industry body that simulated a front-on driver's side collision, a test that's been widely used in the United States for around a decade.

The car was mangled. The crash-test video went viral, attracting millions of views and triggering a social media furor across China, where the German auto king's success is built on its reputation for superior quality and engineering.

Volkswagen was not obliged to do anything – the Passat had passed the Chinese regulator's frontal collision test, the same test that's used in much of Europe, and one that the carmaker and many industry experts believe better reflects driving conditions in China.

Nonetheless, Wolfsburg acted swiftly, according to two people with direct knowledge of the matter. Days after the test results were announced, it assembled a team of dozens of engineers and managers to work with SAIC-Volkswagen, the 50/50 joint venture that makes Passats in China, they said.

In early 2020, that team decided that strengthening metal components should be added to the front of all new Passats and a variety of other models made at the Shanghai-based venture, at a cost of about 400 yuan ($62) per vehicle, according to the sources.

That structural modification, details of which have not been previously reported, would amount to tens of millions of dollars for the hundreds of thousands of vehicles that would be affected at the venture a year, the sources said. It was a significant cost for a company that had said it was trying to trim manufacturing costs in China and globally.

The intervention in the face of online consumer activism underlines the importance of China, the world's biggest car market, and one which Volkswagen is relying on to fund its 35-billion-euro ($42 billion) transition to electric vehicles and make good on its pledge to overtake Tesla Inc to become the global EV leader by 2025.

Global automakers' expensive renunciation of oil comes at a time when they can no longer count on the dominance they have enjoyed in decades gone by in China, where they're feeling the heat from local gasoline and electric players challenging them on technology and design.

A Volkswagen spokesperson said it developed products specifically for the Chinese market and that the test failed by the Passat had simulated a head-on collision between two cars, a scenario it said was less likely in China than the United States.

Asked about the 400-yuan modification, the spokesperson said Volkswagen was constantly improving its products according to customer feedback to make them safer.

It's difficult to compare designs of Passats across Volkswagen's markets as they are often fundamentally different vehicles built on different production platforms.

The new Passat in China was the first model to have such a structural modification when it was rolled out in mid-2020, according to the sources. It passed the insurance industry test that its predecessor had failed.

But the reputational and financial damage has proven more persistent for Volkswagen, which has been the top-selling foreign carmaker in China and has made largely healthy profits during its over three decades there, the longest of any overseas player.

Volkswagen's profit per vehicle in the country has fallen from levels of 1,400-1,500 euros around 2015 to around 1,000 euros and even closer to 800 euros in most recent quarters, according to Bernstein analysts who described China as "of utmost importance for VW's financial health."

Sales of the Passat, and more broadly at the venture with SAIC Motor, have slumped – something Volkswagen has attributed mainly to the backlash over the failed crash test, as well as product lineup issues and a global chip shortage.

In a sign of the financial pressures facing the industry, one internal memo, seen by Reuters, showed SAIC-Volkswagen's finance team ordered managers to cut costs at workshops by 30% in 2019, versus the year before, when China's car sales dropped for the first time since the 1990s.

Volkswagen declined to comment on the Bernstein profitability figures or the internal memo.

SAIC-Volkswagen's revenue dropped 26% to 174.5 billion yuan last year versus 2019, while profit fell 23% to 31 billion yuan. Sales of the Passat, once one of the best-sellers in its sedan class before the insurance body's test, fell 32% to 145,805 vehicles, according to consultancy LMC Automotive.

While the COVID-19 pandemic clearly played a big role, the decline at the venture was far steeper than the overall 6.8% fall in Chinese passenger vehicle sales in the same period, according to data from the China Passenger Car Association.

Moreover, Volkswagen's other main venture in the country, with local automaker FAW – whose products were not involved in the crash test controversy – saw sales rise 1.5%, though VW officials say it gained momentum by introducing SUVs and premium Audi models to the market.

The two joint ventures make up the bulk of Volkswagen's Chinese business, accounting for all its local production. They have historically been close in numbers of vehicles sold, though FAW has taken the lead in recent years.

There's been no respite for SAIC-Volkswagen in 2021, with sales falling 7.8% in the first six months compared with a year earlier when the pandemic raged. FAW-Volkswagen saw sales grow 23% while overall Chinese passenger car sales jumped about 29%.

The C-IASI test that the Passat initially failed in 2019 was developed by a Chinese insurance industry body, the CIRI Auto Technology Institute, which was unsatisfied with the standard C-NCAP test conducted by CATARC, a government-backed vehicle testing agency.

It said many insurers felt that C-NCAP failed to distinguish in enough detail between vehicles in terms of collision safety, and started publishing test results in 2018.

Most foreign car brands received positive results in the C-IASI test, though even those that fared poorly did not receive the online backlash that was aimed at the Passat.

The C-IASI test subjects 25% of the car's front to a head-on impact. It fractured the Passat driver's side front roof support, known as the A-pillar.

The standard C-NCAP test hits 40% of the car front, which allows the impact to be better absorbed.

The CIRI and CATARC did not respond to requests for comment.

In the United States, a 25% frontal impact test is used by the Insurance Institute for Highway Safety (IIHS), a nonprofit group funded by auto insurers. IIHS tests are widely publicized, and automakers design vehicles to pass them as well as federal crash tests.

Last month, though, he said Volkswagen had fixed the problems revealed by the test, that the ramifications of the episode had subsided and that the carmaker's Chinese business was recovering.

"We have once again clearly one of the safest cars on the market in this segment," Woellenstein told reporters in July. "We will once again take up the old leadership of the Passat."

But there is quite some ground to regain in the large family car segment.

The figures from the same period of 2019, before the pandemic struck, show how steeply the Volkswagen model has fallen away of late: 91,400 Passats were sold versus 111,968 Accords and 85,396 Camrys.