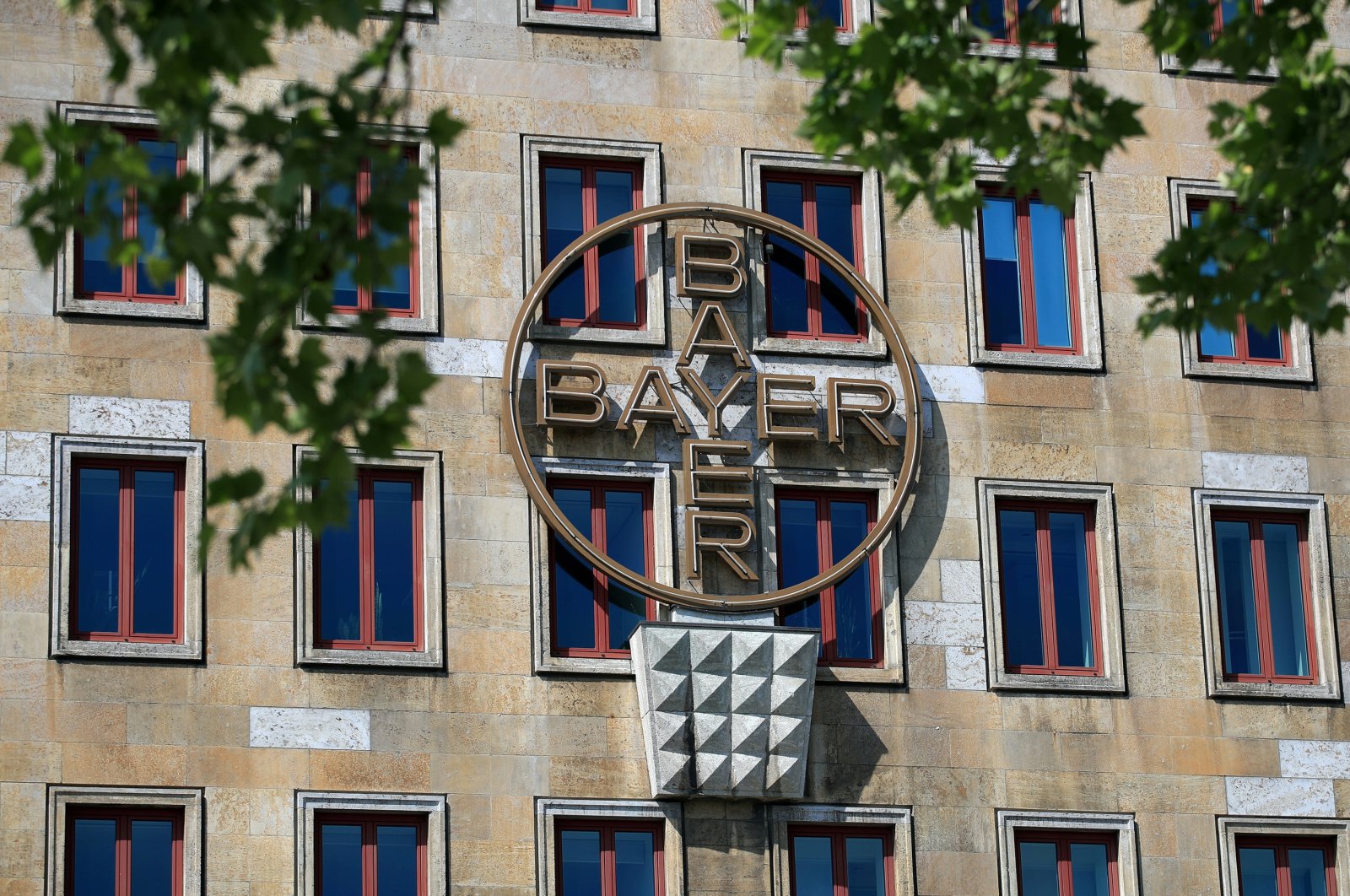 The logo of Bayer AG is pictured at the facade of the historic headquarters of the German pharmaceutical and chemical maker in Leverkusen, Germany, April 27, 2020. (Reuters Photo)
by German Press Agency - DPA Aug 04, 2020 10:44 am
RECOMMENDED

German pharmaceutical giant Bayer made a net loss of 9.5 billion euros ($11.2 billion) in the second quarter as the cost of legal battles over its glyphosate-based weedkillers soared, the company announced Tuesday.

The sharp drop in earnings came as special items were reported at 12.5 billion euros, largely because of the massive settlement the company agreed to in June.

In the same period last year, Bayer posted a net profit of around 400 million euros.

Sales were boosted in the second quarter of this year by the company's agriculture business, while the coronavirus pandemic weighed down pharmaceuticals.

Many nonessential medical procedures were postponed and patients stayed away from doctors' waiting rooms and hospitals due to fears of infection, the Leverkusen-based company said in a statement.

Sales also dropped slightly in self-care products, although this was attributed to a "destocking by retailers and consumers" after a very strong first quarter.

Bayer's sales generated around 10 billion euros in the second quarter, down 6.2% year on year. On a currency- and portfolio-adjusted basis, the drop was 2.5%.

Earnings before interest, taxes, depreciation and amortization (EBITDA), and before special items, went up by 5.6% to 2.88 billion euros, thanks to savings made by integrating Monsanto, which Bayer acquired in 2018.

Monsanto, a U.S. agricultural technology company, is the producer of Roundup, a weedkiller containing glyphosate which is allegedly carcinogenic.