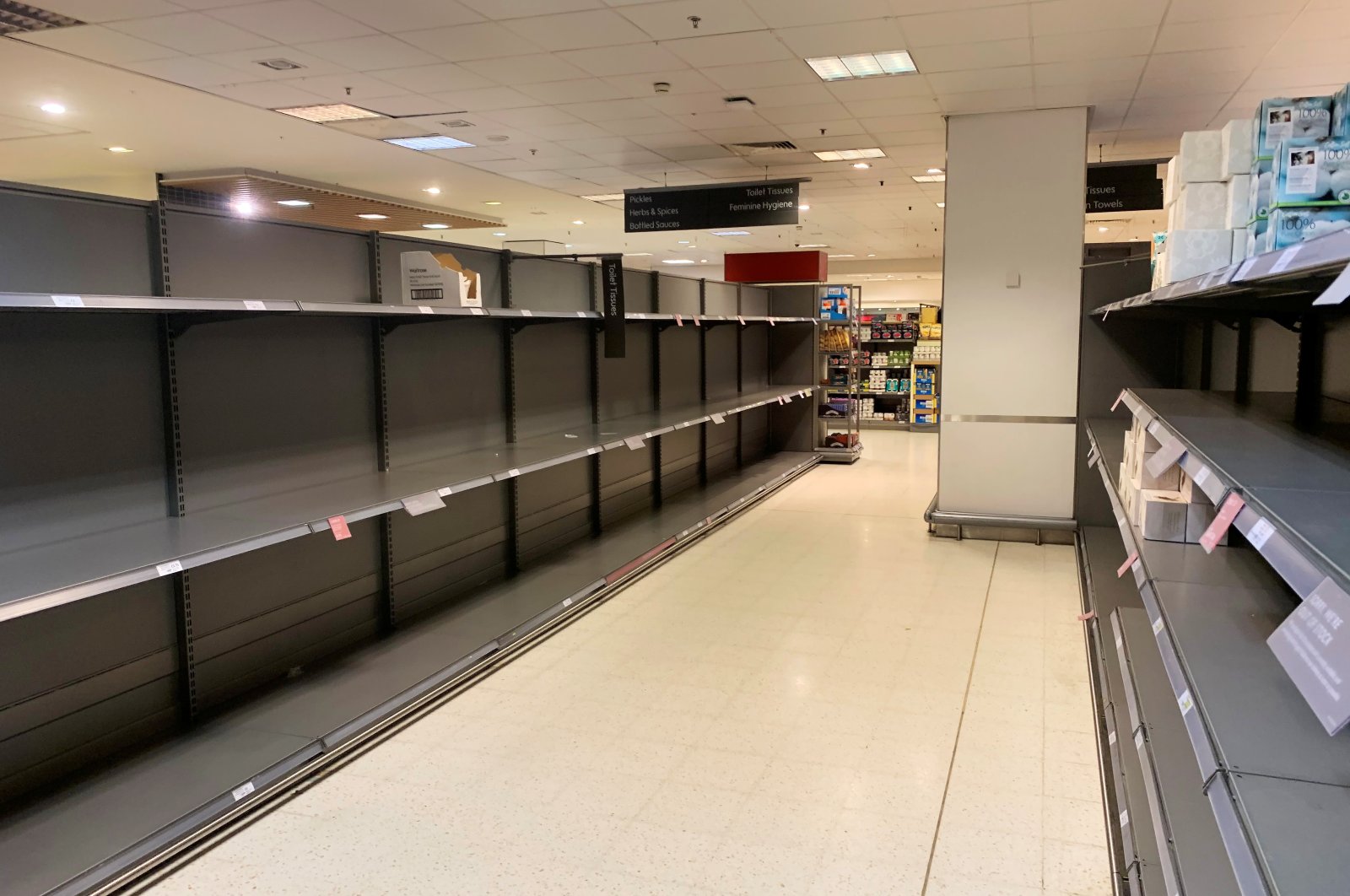 Empty shelves are seen at a supermarket in Canary Wharf, as the number of coronavirus cases grows around the world and as European stocks plunge into bear market territory, in London, Britain March 9, 2020. (Reuters Photo)
by reuters Mar 15, 2020 10:11 am
Edited By Nurbanu Tanrıkulu Kızıl
RECOMMENDED

Britain's food retailers appealed to shoppers on Sunday to stop panic buying during the coronavirus outbreak, saying purchasing more than they need would mean others will be left without.

The British Retail Consortium (BRC), which represents supermarket groups including market leader Tesco, Sainsbury's, Asda and Morrisons, said retailers have come together to write to their customers, calling on them to be considerate in the way they shop.

Their letter will be published in adverts in national newspapers on Sunday and Monday.

"We understand your concerns but buying more than is needed can sometimes mean that others will be left without. There is enough for everyone if we all work together," Helen Dickinson, chief executive of the BRC, says in the letter.

Social media has been awash over the last week with pictures of empty shelves in Britain's major supermarkets, with items like dried pasta, toilet rolls and canned food particularly sought after.

Trading in U.K. supermarkets has been intense, with some shop bosses saying it can only be compared to the pre-Christmas rush.

Anecdotal evidence suggested activity has stepped-up further since Thursday when Prime Minister Boris Johnson said those showing even mild symptoms of having the virus should self-isolate for at least seven days.

As of Saturday, 21 people had died after testing positive for COVID-19 in Britain, health authorities said.

In the letter to customers, Dickinson says food retailers are working closely with the government and suppliers to keep food moving quickly through the system and making more deliveries to stores to ensure shelves are stocked.

She also says retailers with online delivery and click-and-collect services are running at full capacity.

Tesco chairman John Allan said on Thursday it was unlikely the retailer, which has a 27.2% U.K. grocery market share, would experience anything more than "very short term, temporary" shortages of certain products.